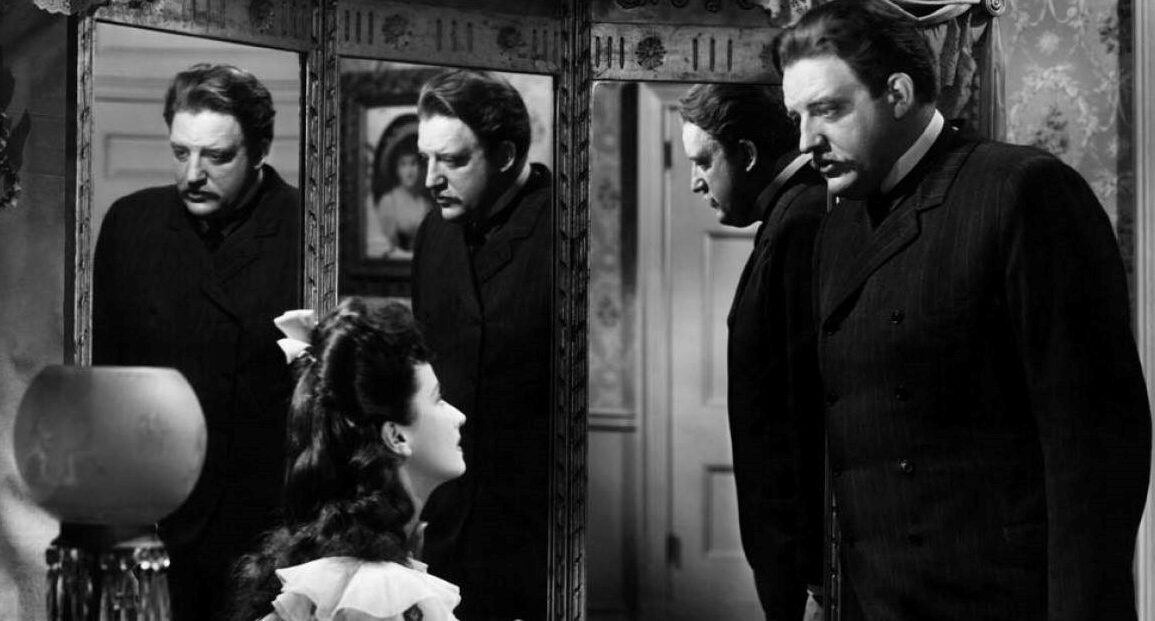 While it’s not white-knuckle suspenseful, The Lodger has a decent story, a terrific atmosphere, and a great heavy in Laird Cregar to place it a cut above the average.

Plot: Amidst the Ripper murders in 19th century London, a mysterious man rents a room from the Bonting family.

Review: There’s something to be said about 1940s thrillers.  While modern-day pictures tend to skew to the gory and the flashy with these kind of films, I find that in yesteryear Hollywood, these movies were more…elegant, I guess.   They relied more on atmosphere and the actors instead of the sensationalism I’ve become accustomed to.  Look to no other film than The Lodger to see exactly what I’m talking about.

First, let’s get into the story.  There’s nothing here that’s really earth-shattering.  With the Ripper movies as a backdrop, the viewer really has only one question throughout the movie: is the Lodger the Ripper or not?  I won’t reveal if the movie gives an answer or not (and if there is an answer, whether it’s yes or no), but the movie does leave you guessing right up to the very end. It’s a tight, well-told, 84 minutes of watching the action unfold slowly, allowing you to discover more and more about the Lodger and the family who houses him. It’s that sort of natural progression of events that is nice, allowing the viewer to discover the characters as opposed to having a bunch of clunky exposition in place of character development.

The atmosphere in this movie is fantastic.  Shot in black and white (and really, all thrillers should be shot in black and white, I think), the use of light, shadow and framing is top-notch. Every single frame feels well thought out and purposeful.  There’s a perpetual creeping fog that seems to shroud the characters in the movie, and in that sort of environment, you can imagine that almost anyone (or anything) could happen.

The actors are terrific, with the standout being Laird Cregar as the titular character.  Firstly, his impressive height is well-used, as he seems to loom over the family he’s staying with.  This height is used perfectly by the framing and lighting, you often see his shadow on walls, making his size even more imposing when he has his dialogue scenes. Cregar also uses his face to great effect in the film; you can imagine a bubbling stew of powerful emotions right below the surface. The rest of the cast is serviceable, with Merle Oberon as the pretty niece (and next target?), George Sanders as a clever, sarcastic police inspector and Sir. Cedric Hardwicke as the level-headed patriarch of the Bonting family.  It’s Cregar though that steals the show with his very presence in the film.

Being a 1940s film, there really isn’t a lot of action.  It’s a lot of conversations, investigations, and just a lot of dialogue – anyone looking for a flashy or well-choreographed action scene should look elsewhere.  There are a few killings, but no gore.  This movie is really for people who appreciate a really good story, good acting, and a well-produced movie.  Anything flashy or controversial simply wouldn’t have fit.