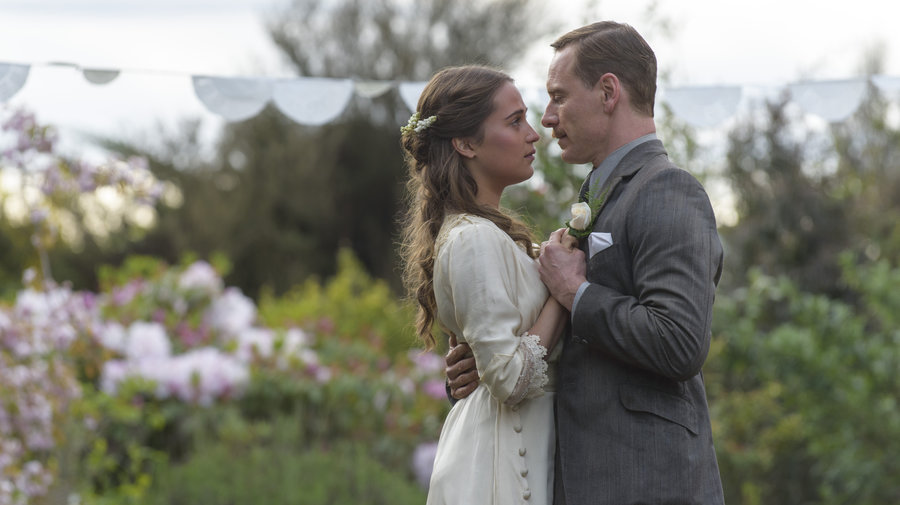 The Light Between Oceans (2016) Blu-ray Review

Deeply passionate and heartrending, the beautifully shot romantic drama The Light Between Oceans is about as intimate as a film can be, reaching in deep places of the human heart and squeezing and tugging at it until you beg for mercy.

Plot: A lighthouse keeper and his wife living off the coast of Western Australia raise a baby they rescue from a drifting rowing boat.

Review: A veteran named Tom (Michael Fassbender) from World War I returns to a life he hardly recognizes and he takes the most isolated job he can find: As a lighthouse keeper in a corner of Australia. The job suits him well. He enjoys the isolation, and it gives him time to assess his place in the world. On a leave to the nearest town, he meets a beautiful young woman who falls for him. The woman – Isabel (Alicia Vikander) – suggests they marry, and after a sweet courtship, they wed and she goes to live with him on his little island, set apart from the rest of the world. They try having children, and after two terrible miscarriages, Isabel sinks into a deep depression. And then something extraordinary happens: A skiff washes ashore with a dead man and an infant baby girl. Isabel pleads with Tom to let her keep the child as their own and not report the matter to authorities, and going against his better judgment, Tom relents, and they go on living their lives after burying the man and raising the girl as their own. Four years pass, and one day they’re in town and Tom hears a story about a local woman named Hannah (Rachel Weisz) whose husband and infant girl were lost at sea four years ago. This news stuns Tom, and his conscience is torn as he wants to tell Hannah the secret he and his wife have been keeping. When he confesses, his and Isabel’s world – and that of their daughter Lucy – is blown apart as the authorities step in, take their daughter away and give Lucy back to her real mother. How is such a conflict ever to be properly resolved?

Deeply passionate and heartrending, the beautifully shot romantic drama The Light Between Oceans is about as intimate as a film can be, reaching in deep places of the human heart and squeezing and tugging at it until you beg for mercy. The one character I had a hard time understanding was Tom … I can understand how he’d be conflicted, but once he shares his secret and ruins everything, his feelings for the girl he’d been raising are sidelined by the plot, which carries through. How could a man do such a thing to the girl he grew to love? It’s the one question I felt was never answered in this movie. If you’re looking for a gorgeous looking film with really good performances and nuanced direction (by Derek Cianfrance who did The Place Beyond the Pines), then check out The Light Between Oceans on Blu-ray. Just released, it includes an audio commentary by Cianfrance and two features: “Bringing The Light to Life” and “Lighthouse Keeper,” two making of documentaries that highlight the film’s production.