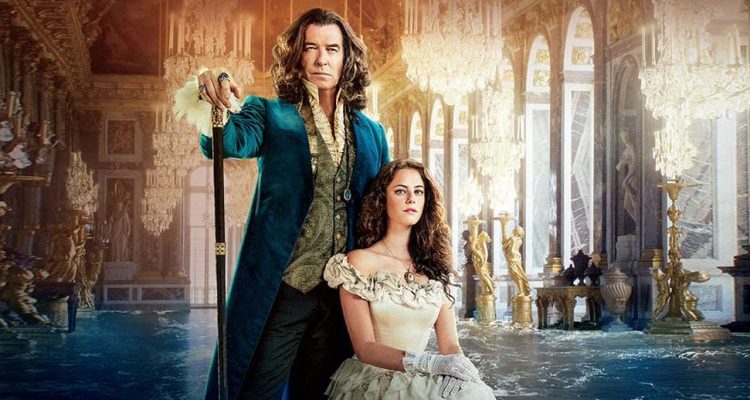 The movie is completely watchable and entertaining if you’re into old-fashioned fantasy adventure films.

A king on a quest for immortality plans on killing a mermaid to achieve it, but he is conflicted when his estranged daughter appeals to his heart to stay his hand.

King Louis XIV (Pierce Brosnan with some romance novel hair) is beloved by all, and his reign is supreme, but one thing he lacks: Immortality. He is advised by his spiritual advisor Pere La Chaise (William Hurt) to capture a mermaid, whose organs can be made into some kind of tincture that could (in theory) extend his life, and so he sends a ship out to do just that. Meanwhile, he has his only daughter Marie-Josephe (Kaya Scoledario) released from a convent where she’s been since birth, and not knowing who her father is, she is flattered when the king invites her into the palace to stay and be treated as royalty. She eventually figures out that the king is her father, but what’s more important is that when a mermaid is brought to the king to be kept a prisoner in his private lagoon, she develops a personal soul connection to the creature, and their bond is so powerful that she is willing to defy her father and the king of all to ensure that he doesn’t have it killed. This act of defiance may cost her her very life, but as the king’s own spiritual advisor also comes to realize that the mermaid is one of God’s creations and not some mere animal (implying that the creature has a soul), the act of killing the mermaid would damn the king’s own soul to hell for eternity. Will the king sacrifice his own soul for immortality, or will his heart soften and embrace mortality … and the love for his daughter?

A very well produced cute fantasy shot on location in France on the grounds of Versailles, The King’s Daughter works as a family film too with some swashbuckling adventure and romance. Brosnan – as ridiculous as he looks in this – does an admirable job and utterly convinces as a stalwart king, and his costar William Hurt in his final theatrically released film is sensitive and memorable as the voice of reason. Young star Scoledario is attractive and comely in a fun role, and the direction by Sean McNamara is competent and assured. Filmed in 2014 but not released until this year, the movie is completely watchable and entertaining if you’re into old-fashioned fantasy adventure films.

Universal will be releasing The King’s Daughter onto Blu-ray on April 19th, which comes with a digital code, and it also contains a deleted scene and cast reflections of the film. 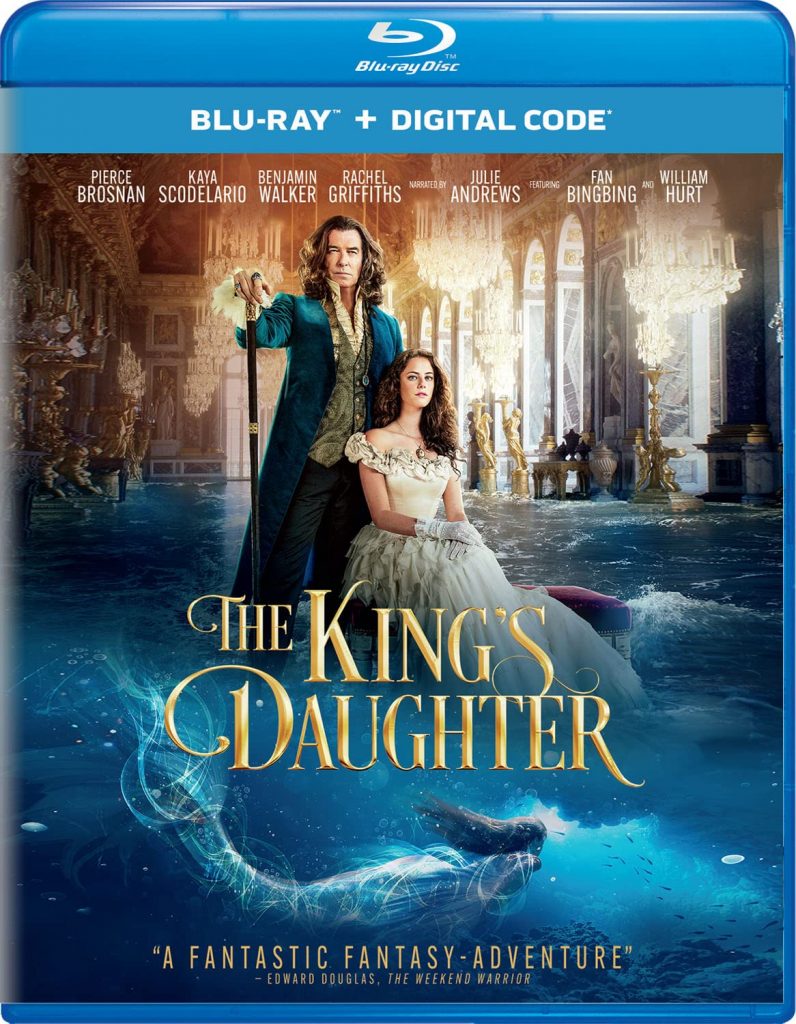