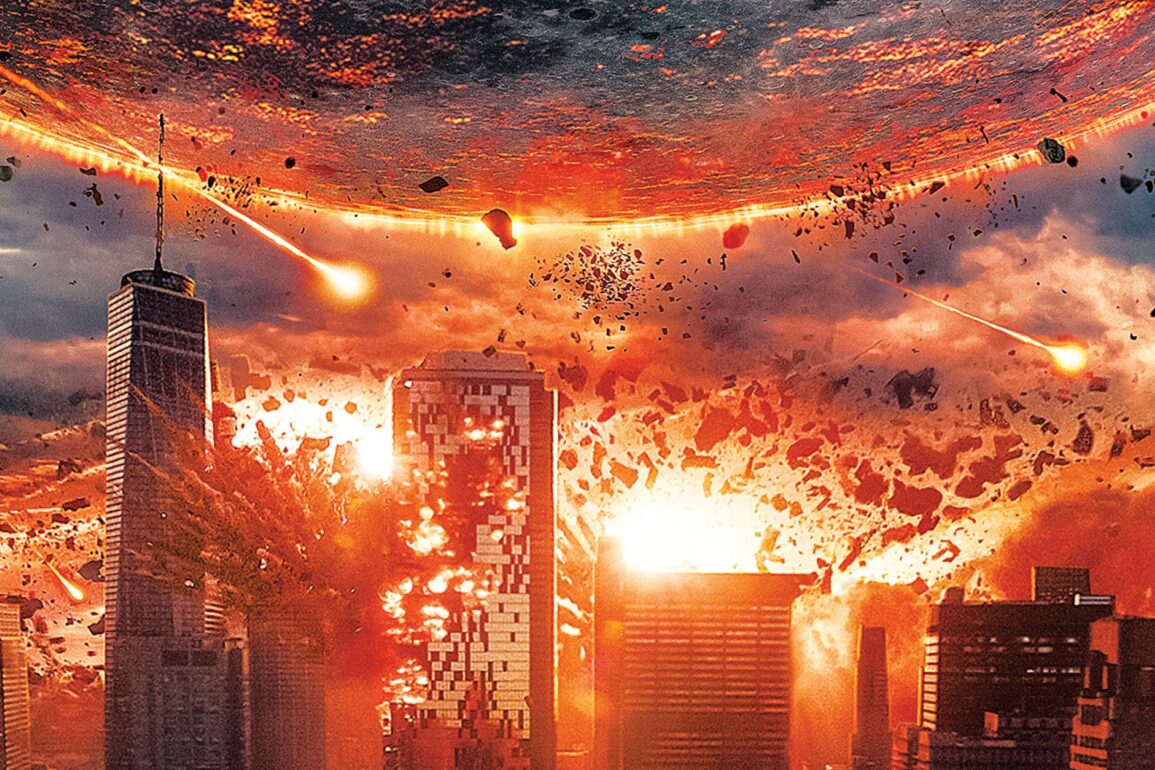 I’m the last guy to criticize a movie like this, but Emmerich’s tenure as the sultan of disaster pictures is just about up, and Moonfall should be his swan song in the genre.

The moon will destroy the earth if some renegade astronauts don’t save the day!

A disgraced astronaut named Brian Harper (Patrick Wilson) is given a shot at redemption when a quack podcaster / astronomer named KC (John Bradley) comes to him, desperately trying to get NASA’s attention with his discovery that the moon is out of orbit. Harper is in no position to get back in NASA’s good graces, but turns out that KC is correct: The moon is a superstructure (quote: “It’s highly likely our moon was built by aliens!”) and it is heading straight for Earth in a collision course that will annihilate everything in a matter of days, not weeks, as NASA originally projected. NASA’s plan to send a handful of astronauts on a mission to save the planet fails spectacularly and in short order, leaving only one desperate option – to send Harper (who’s expendable and whose disgrace 10 years ago turns out to have been directly related to what’s happening now), the head of NASA (played by Halle Berry), and KC up in a rocket with enough explosives to send the moon back on its orbit, but they have to go IMMEDIATELY before Earth’s atmosphere dissipates and before mankind nukes the moon, sending humanity back to the Stone Age. The mission is fraught with unimaginable peril, as the three astronauts discover that the moon is not only hollow, but an elaborate ark that has been menaced by a malevolent AI creature for millions of years. Meanwhile, Earth takes a mighty shellacking, the likes of which only a motion picture directed by Roland Emmerich can conjure up.

Awe-inspiring in its bold-faced stupidity, Moonfall is even more outrageous than Dean Devlin’s Geostorm (which I enjoyed), but it’s about on par with China’s deadpan serious (and stupefying and awful) disaster picture The Wandering Earth, which has to have been one of the worst and most ill conceived big budget movies of all time. Moonfall is the culmination of years of apocalyptic disaster epics from Emmerich, whose pedigree has become so streamlined that you can literally telegraph every beat and scene, right down to the dialogue before it’s spoken. When someone says, “These people here won’t have a planet if we don’t figure something out!” you can expect a motivational speech shortly after that, which indeed does come. The fat British sidekick in the movie also has a sidekick cat (of course he does) with a mother who has Alzheimer’s (yup), and adding insult to injury, the guy can’t swim, which is bad because once the moon is out of orbit, there are floods, which he is bound to end up almost drowning in and yelling, “I can’t swim!” before being rescued. There are stock marauder characters straight out of every other end of the world disaster movie, followed by car chases (kids in the car, check), impossible jumps from broken bridges, self-sacrifice, pep talks, a miscast Chinese actress in a throwaway (but conveniently explained) role, a grizzled Donald Sutherland giving an ominous warning about the fate of mankind in a blink-and-you’ll-miss-it scene, and even a last second moment at the end, suggesting a sequel that will never come. I’m the last guy to criticize a movie like this, but Emmerich’s tenure as the sultan of disaster pictures is just about up, and Moonfall should be his swan song in the genre.

Lionsgate will be releasing Moonfall onto a Blu-ray / DVD / Digital Combo pack on April 26th, and it comes with an audio commentary by Emmerich and screenwriter Kloser, as well as a special feature entitled “Against the Odds: Making Moonfall.” A 4K version is also available. 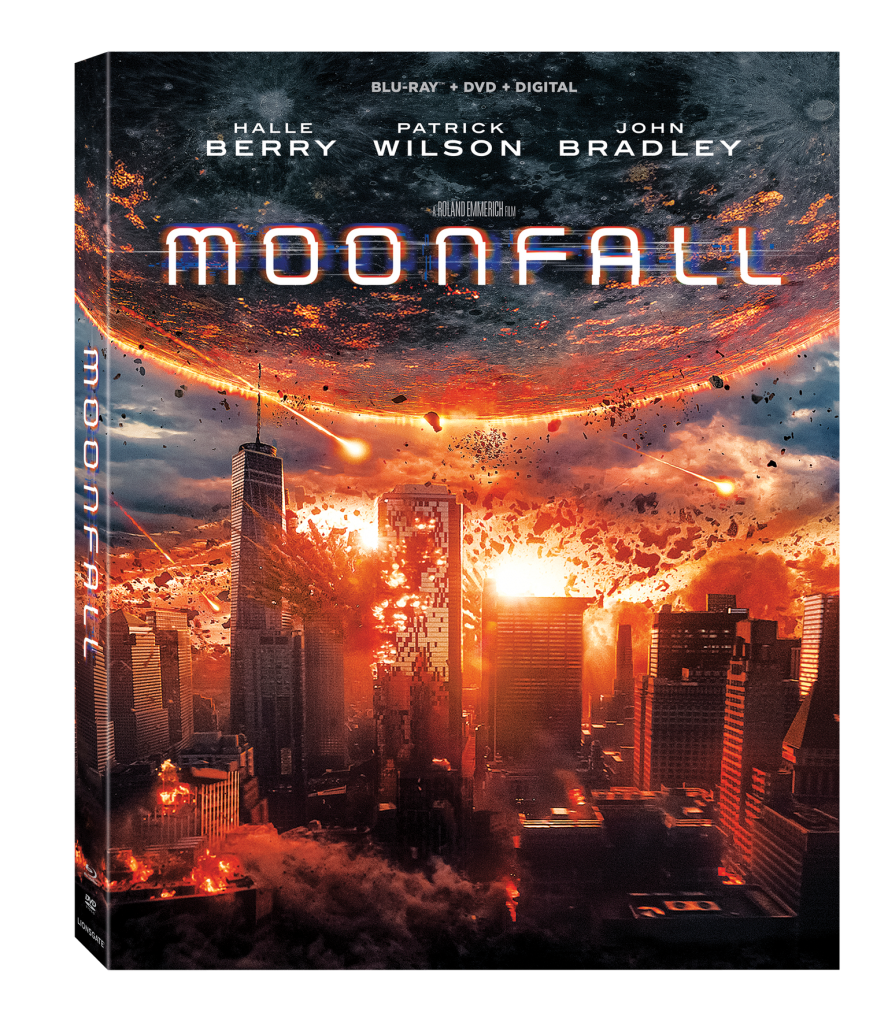