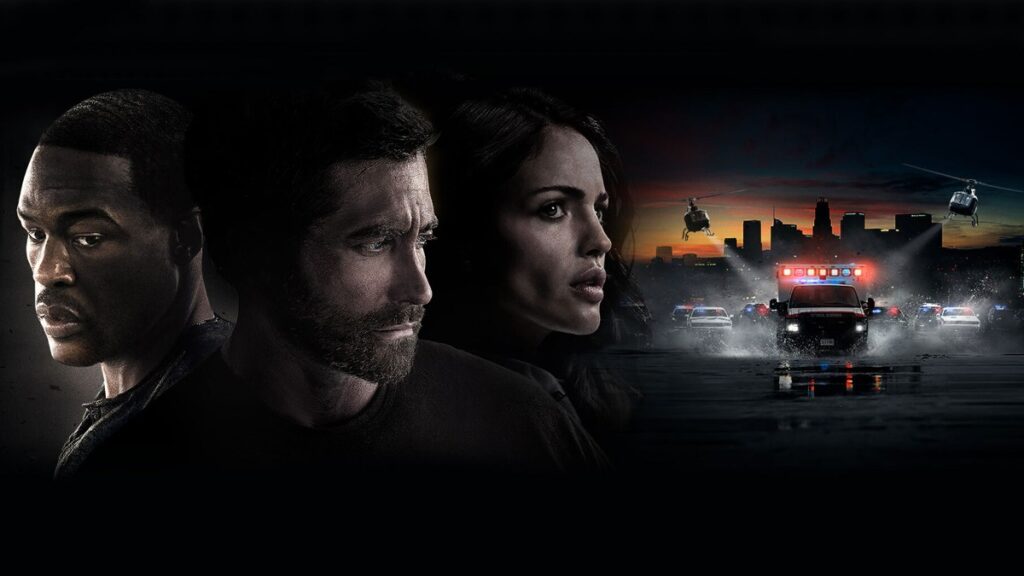 Ambulance is fun ride with impressive performances and some exciting set-pieces; it isn’t a classic but it’s entertaining and worth checking out.

Plot: Needing money to cover his wife’s medical bills, a decorated veteran teams up with his adoptive brother to steal $32 million from a Los Angeles bank. However, when their getaway goes spectacularly wrong, the desperate thieves hijack an ambulance that’s carrying a severely wounded cop and an EMT worker. Caught in a high-speed chase, the two siblings must figure out a way to outrun the law while keeping their hostages alive.

Review: Having been someone who’s defended most of Bay’s films in the past (with some exceptions) I was curious to check Ambulance out, particularly regarding the cast that was assembled.

Well, I can say that while I did like this one, I didn’t overall love it; first, this is particularly well-acted by almost everyone across the board in particular Jake Gyllenhaal, Garret Dillahunt, Eiza Gonzalez, and especially Yahya-Abdul Mateen II.

The direction by Michael Bay features his chaotic but exciting style although sometimes he does tend to go overboard with certain shots.

The story is well written and is filled with great tension which is present throughout the film.

Another aspect that stands out is the score by Lorne Balfe who I’ve said is a very underrated composer who doesn’t get mentioned often nowadays and this continues to prove that with the score not undercutting the tension displayed throughout.

The action throughout the film is quite solid whether it’s the shootouts or the extended chase scenes which are very tense.

My only real negatives are not only the pacing which does feel a bit long and one certain character (played by Wale) who honestly felt kinda pointless, but that’s it.

Overall, Ambulance is a solid action thriller that features some stellar performances, has some superb action, is well directed by Bay, and features a memorable score.