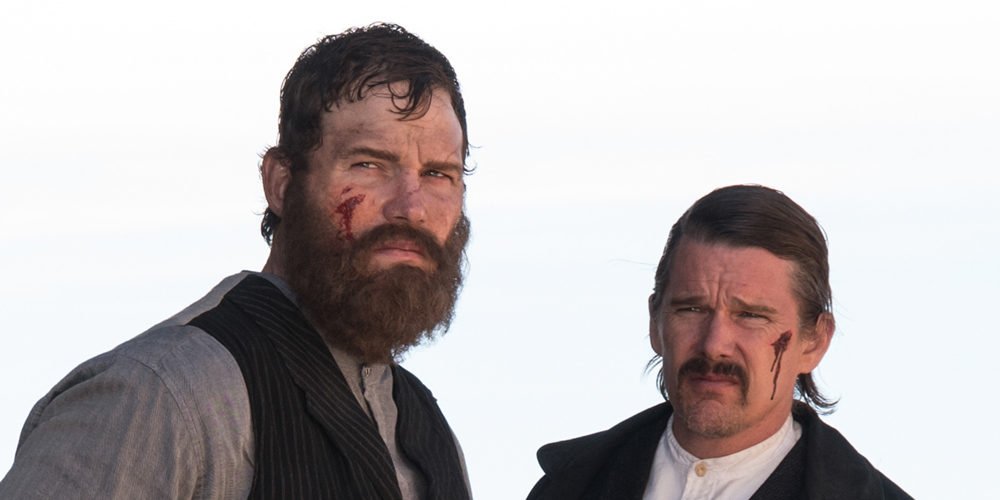 The Kid doesn’t shake the genre up at all, but it reflects our cinematic times.

Plot: The story of a young boy who witnesses Billy the Kid’s encounter with Sheriff Pat Garrett.

Review: A boy named Rio (Jake Schur) and his older sister Sara (Leila George) flee their homestead when their mother dies, fearing their evil uncle Cutler (Chris Pratt), who has designs on Sara for his whorehouse. They end up lost somewhere in between places, but come across lawman Pat Garrett (Ethan Hawke) and his posse as they apprehend the infamous fugitive Billy the Kid (Dane DeHaan). Rio and Sara ride along with Garrett and the captured Kid until they reach the next town, and Rio becomes enamored with The Kid’s persuasive and electric personality. He helps the Kid escape (briefly), causing trouble for Garrett, who senses that Rio has done a great wrong. Later, Cutler catches up to Sara, and takes her, leaving young Rio to formulate a plan to retrieve her: He implores The Kid to help him save her, but soon realizes that The Kid is hardly concerned with the boy’s plight, but on keeping himself alive. Eventually Garrett will have his fateful encounter with The Kid, and knowing that young Rio has a score to settle, the lawman in him intervenes on behalf of the boy, leading to a final encounter between him and the vile Cutler.

A slice of harsh reality defines Vincent D’Onofrio’s directorial debut The Kid, which played theatrically earlier this year. It’s not Young Guns with high heroics. It’s fairly downbeat and grim, thanks to a startlingly intense and vivid performance by Pratt, who shows he’s not just a clean-cut actor here. DeHaan makes an appropriate Billy the Kid, and Hawke is his usual stalwart self. This western doesn’t shake the genre up at all, but it reflects our cinematic times.

Lionsgate’s new Blu-ray of The Kid (released June 4th) comes packaged with the digital code, plus a making-of feature on the disc.