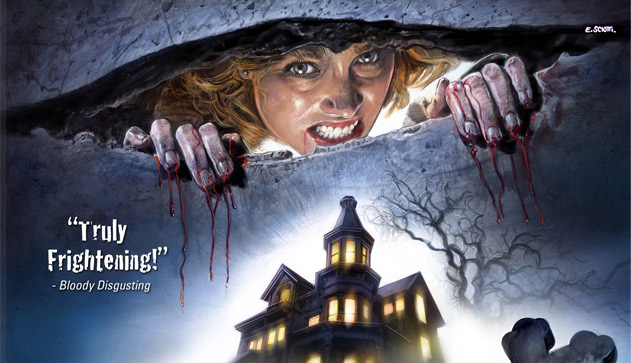 The House by the Cemetery (1981) Blue Underground Blu-ray Review

Plot: Norman takes over the work of a dead colleague, Mr. Petersen, of his. Mr. Petersen killed himself while he was busy on a research about a certain Dr. Freudstein. Norman moves into the Freudstein house with it’s wife and son. But something is not all right in the creepy mansion. Especially the basement seems to hide some cruel mystery.

Review: One of the great and powerful spooky house scary movies from the 1980’s is Lucio Fulci’s shock thriller The House by the Cemetery. A doctor named Norman Boyle (Pasolo Malco) picks up his dead partner’s research and moves his family to a house by a cemetery in Boston. Norman’s colleague died in the house while doing research on another doctor, who was evidentially conducting some dastardly human experiments on poor souls. Norman’s wife Lucy (Catriona MacColl) goes along with the idea that her husband must carry on the research, but their son Bob (the angelic looking Giovanni Frezza from The New Barbarians) is having startling visions of things kids should never see like a decapitated babysitter and other horrid things. Little Bob befriends a girl no one else can see, and the other child warns him to leave the house with his parents, but her warning goes unheeded and Bob begins exploring the rest of the house … like the basement. Bob is the first to find out just what lies in the bowels of the house, and the climax is gloriously gory and creepy as we find out (just like Norman and his wife do) just what the heck is living down in the basement.

Lucio Fulci was one of the great horror filmmakers from Italy, and his fascination with pummeling his audience with as much practical and gross makeup gore is on full display in The House by the Cemetery. Horror fans will get their fill with this picture, but action fans will certainly be on the edges of their seats with the thrill of it all. I’ve always said there’s a fine line that divides action cinema and the horror genre. You sit there and get a thrill while watching guys shoot ’em up and dodge bullets and explosions, and it’s not that dissimilar from watching people run away from monsters and hatchet-wielding maniacs.

Blue Underground’s new 3-disc limited blu ray release of The House by the Cemetery is stellar, with a much appreciated 4K restoration. What makes this specific release worth owning are the hours’ worth of special features, which are plentiful, and a rad CD soundtrack by Walter Rizzati. With over a dozen interview featurettes and deleted scenes, commentaries, trailers, and a poster gallery, this release is packed with bonus material, far surpassing Blue Underground’s previous blu ray release. I’ve always had a soft spot for this film, and now I’ve finally got a definitive Blu-ray release that the film deserved to have. Also, it comes with a lenticular slipcase, and an essay booklet by Michael Gingold. 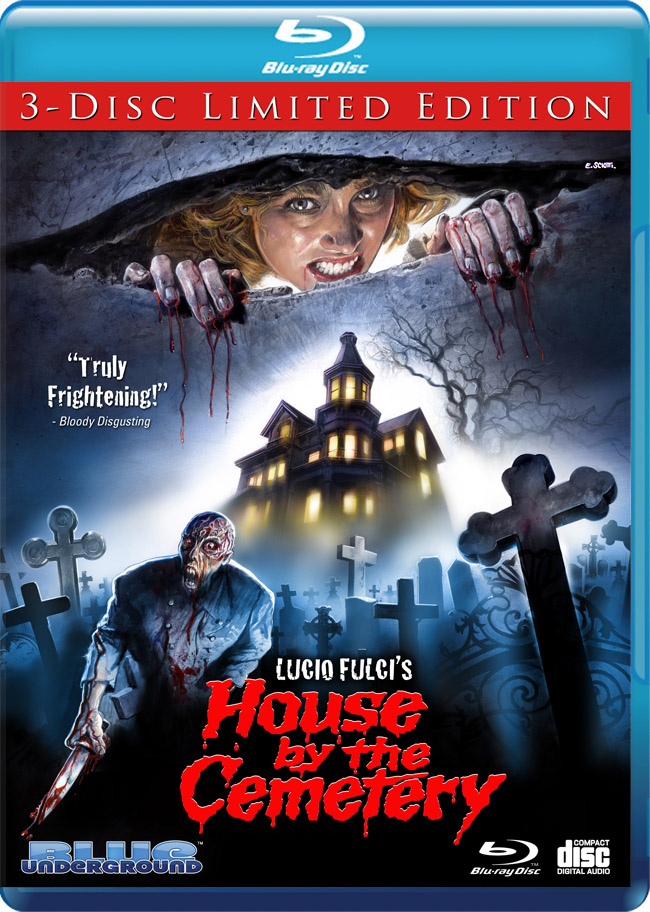