A heist goes south, and one of the two robbers gets caught and goes to prison for five years, while the other takes the whole score. When out of prison, the only thing the former inmate thinks of is getting his share of the money.

After the Civil War, former soldiers Jerry Brewster (Thomas Hunter) and Ken Seagull (Nando Gazzolo) pull off a heist worth over 600K in cash, but forced to split while on the run, Jerry gets caught, while Ken makes off with the entire score. Jerry is sent to prison for five years, and when he gets out, he tracks his way back to where his wife and son should be, but is told that his wife is dead, no thanks to Ken’s treatment of her (he never shared any of the money like he promised he would), and his son is currently in the care of Ken, who now goes by the name Ken Milton. Milton has established himself as a wealthy land baron with a whole squad of henchmen to protect his interests, and his right hand man is a ruthless gunman named Mendez (Henry Silva, who cackles and raves in his delectable role). Jerry changes his name to Jim Houston and makes a deal with a smart mercenary colonel named Getz (Dan Duryea), which will help him get closer to Milton without being noticed, and when he impresses Mendez with his toughness, Houston joins the team, which gets him one step closer to Milton. It doesn’t take long for the bad guys to figure out that Houston is a double-crossing agent, and so in a last-ditch effort, Houston, Getz, and his son (who’s an ace with a slingshot!) make a final stand in a deserted town against Mendez and all his men.

A nicely balanced spaghetti western from filmmaker Carlo Lizzani (as “Lee W. Beaver”), The Hills Run Red has it all: a stalwart hero, a beautiful love interest, backstabbing whores, despicable villains, shootouts, slingshots, and fistfights galore! At only 89 minutes, it packs as much action and style as it can, and it turns out to be a pretty fantastic western with a great performance by Silva, whose unhinged portrayal of a cold blooded henchman will have you howling in enjoyment.

Kino Lorber’s new Blu-ray release of The Hills Run Red comes to high definition for the firs time, and the disc also features a new audio commentary by filmmaker Alex Cox, as well as the trailer. 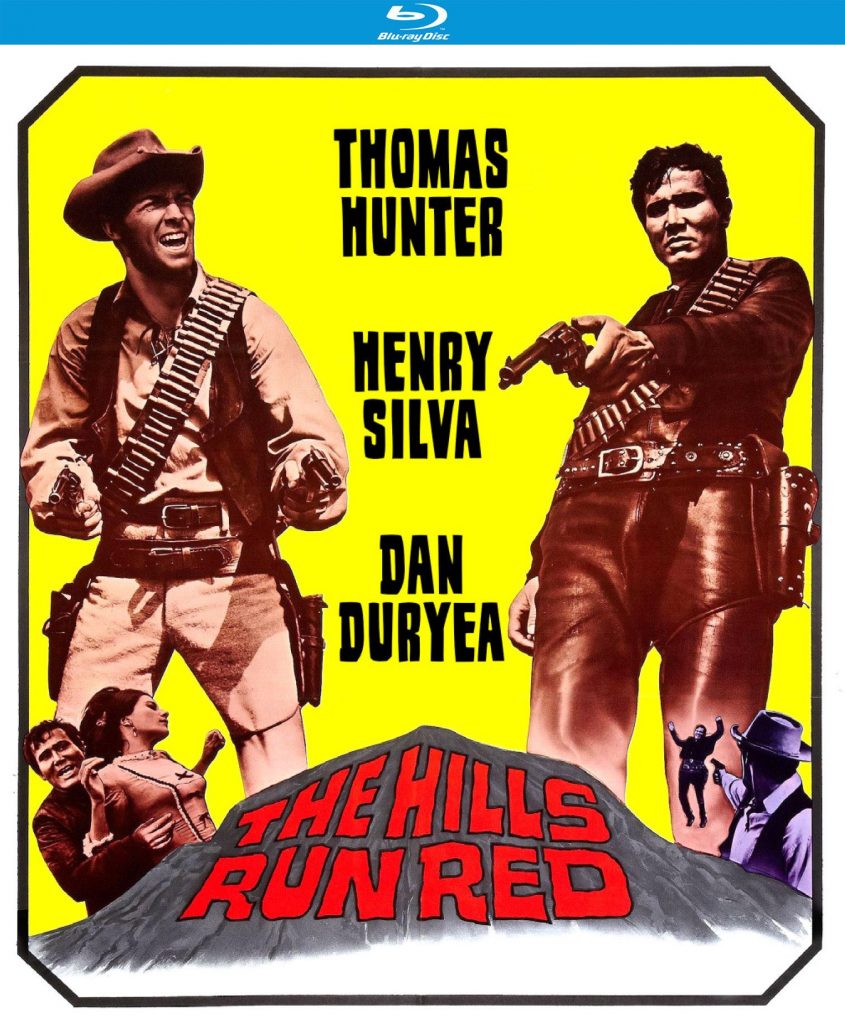