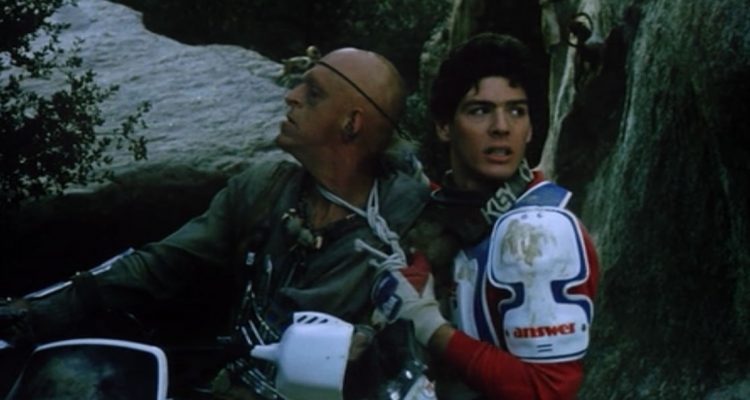 This whole endeavor feels like a quick cash grab, and horror fans were right to be enraged by it at the time. It has not aged well, and it’s astonishing to think that Craven allowed his name to be associated with it.

Plot: A group of bikers, heading to a race, become stranded in the desert and find themselves fighting off a family of inbred cannibals who live off the land.

Review: Eight years after the horrible events that altered the lives of a family camping in a desert wilderness, a group of young people pack up and take off for a motocross camping trip together, not realizing that they’ve wandered into the same hills where the remainder of the clan of cannibals have been surviving since the last massacre. The young people – who include a blind clairvoyant named Cass (some kind of Greek metaphor for Cassiopeia) – are aware of the urban legend of the cannibal clan, and in fact in their party is one of the cannibal family’s own – a defector who has repressed her memories from the time when she escaped her family, and a German Shepherd dog, who was owned by the ill-fated family who faced the cannibals all those years ago. When the young adults start their little adventure, they become the prey for the last two cannibals in the hills – Pluto (Michael Berryman) and his hulking uncle The Reaper. As their numbers dwindle, the youths must fight back or become dinner for the mutants in the hills.

From director Wes Craven, who made this right before A Nightmare on Elm Street, The Hills Have Eyes Part II is a woefully misbegotten sequel to a pretty powerful horror film that actually had something to say. It’s filled with flashbacks to pad the running time (even the dog has a flashback!), and the suspense and lead-up to the silly climax is paltry compared to the nail-biting intensity of the original entry. The two mutants in this are hardly frightening; if anything, they’re goobers as far as villains go. There’s nothing intense about this movie, and Harry Manfredini’s grating score is far too reminiscent of his work on the Friday the 13th series. This whole endeavor feels like a quick cash grab, and horror fans were right to be enraged by it at the time. It has not aged well, and it’s astonishing to think that Craven allowed his name to be associated with it.

Arrow Video has released a surprisingly posh deluxe, limited edition of this film to accompany their deservedly limited edition of the first film. It comes encased in a hardback sleeve with a foldout poster, lobby cards, a thick booklet (which contains an original set visit article printed in Fangoria), and cool new artwork by Paul Shipper. The film is restored in 2K, but the transfer is scratchy, so I’m not sure if I should applaud the transfer for looking like a grindhouse film print or not. New special features were produced, including an audio commentary, a making-of documentary, and lots more. Seems like a lot of fuss for a crummy movie to me. 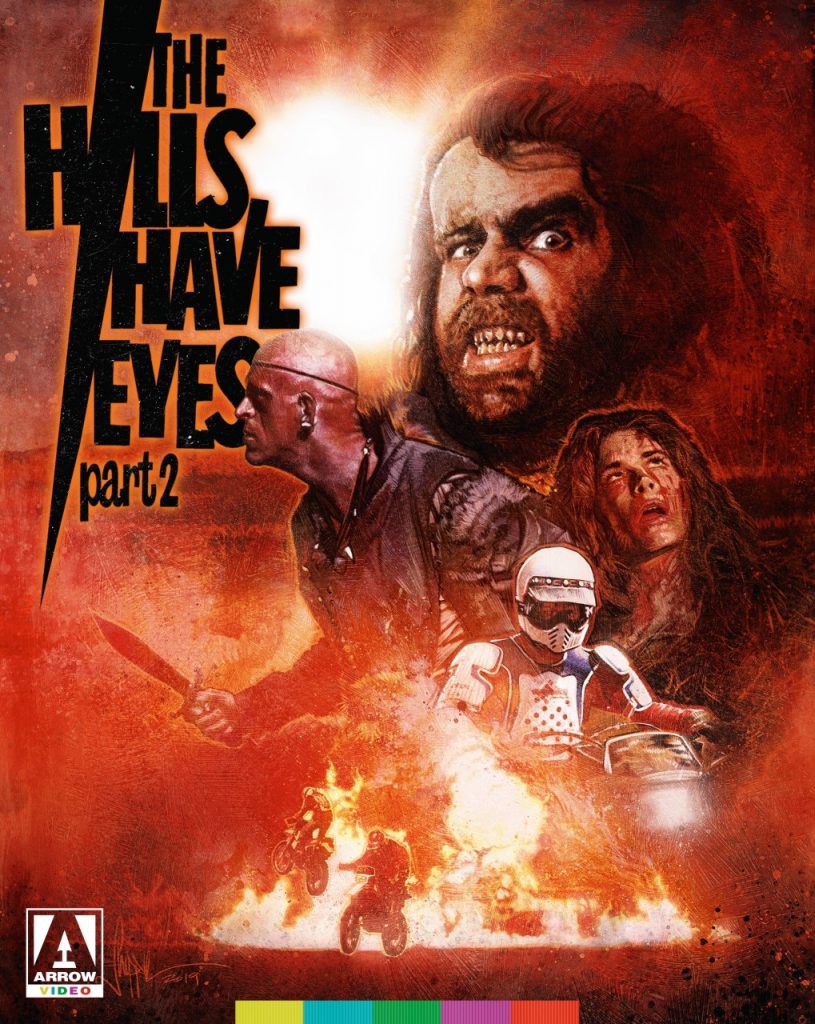