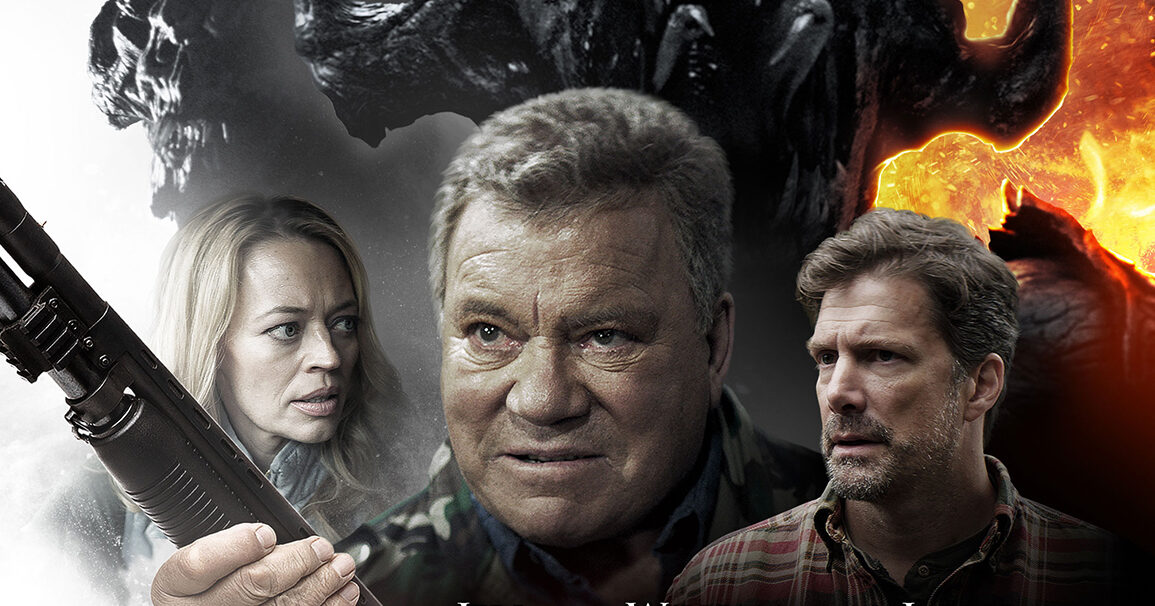 Devil’s Revenge is silly to the extreme, but it has some conviction in its story (which, admittedly, doesn’t make much sense), so it gets some points for being a weird action-style horror movie.

An archeologist’s life’s mission is to find a cursed relic in a cave to put an end to the curse on his family.

An embittered and exasperated archeologist named John Brock (Jason Brooks) has given everything over to a quest to find an ancient Aztec relic somewhere deep in a cave that his father (played by a grumpy William Shatner) found long ago. Somehow, their family has been cursed to find this relic, and when John stumbles upon an altar (which didn’t seem that hard to find, especially since his family had been mining the same cave for at least a generation, but whatever) and upsets the evil spirits contained within it. The devil – or his imposing minion demonic army – follows John out of the cave and cause him to have a massive heart attack, but he miraculously survives, giving him a newfound zest for life and an urgency to find the relic and put an end to the curse on his family. His wife (played by Jeri Ryan) is sick and tired of his endless questing, no matter what it does to his friends and family, but she agrees to let him go to the cave one last time, but only on the condition that she and their two college-aged kids can go too. Begrudgingly, he agrees, and on the do-or-die mandate set upon by his father, who is on the standby with a grenade launcher and an arsenal just in case. John finds the relic and unleashes the wrath of the devil (or whatever the creature is supposed to be), and to his rescue is his grizzled dad, with his ready-to-fire grenade launcher.

After a horrendous prologue that only makes you dislike the main character, Devil’s Revenge is an Asylum-worthy production with some wild, over-the-top violence and a metaphysical subplot, but it’s most notable for having three Star Trek alumni’s in its three leads. Everyone knows who Shatner is (and he gives each line his everything), but Ryan was obviously from Voyager, while Brooks played a Romulan in J.J. Abrams’ reboot of Star Trek. Director Jared Cohn is a prolific low budget filmmaker whose best film to date is The Horde, but he doesn’t quite know how to reign in his actors’ tongues, and you can always tell with the free-usage of the word fuck if the director cares what his actors are saying. Devil’s Revenge is silly to the extreme, but it has some conviction in its story (which, admittedly, doesn’t make much sense), so it gets some points for being a weird action-style horror movie. When Shatner busts out the grenade launcher and starts blowing away monsters at close range without flinching, you know you’re in for it.

The recently released Blu-ray of Devil’s Revenge from Cleopatra and MVD Visual comes with a bonus CD soundtrack, which is always nice. 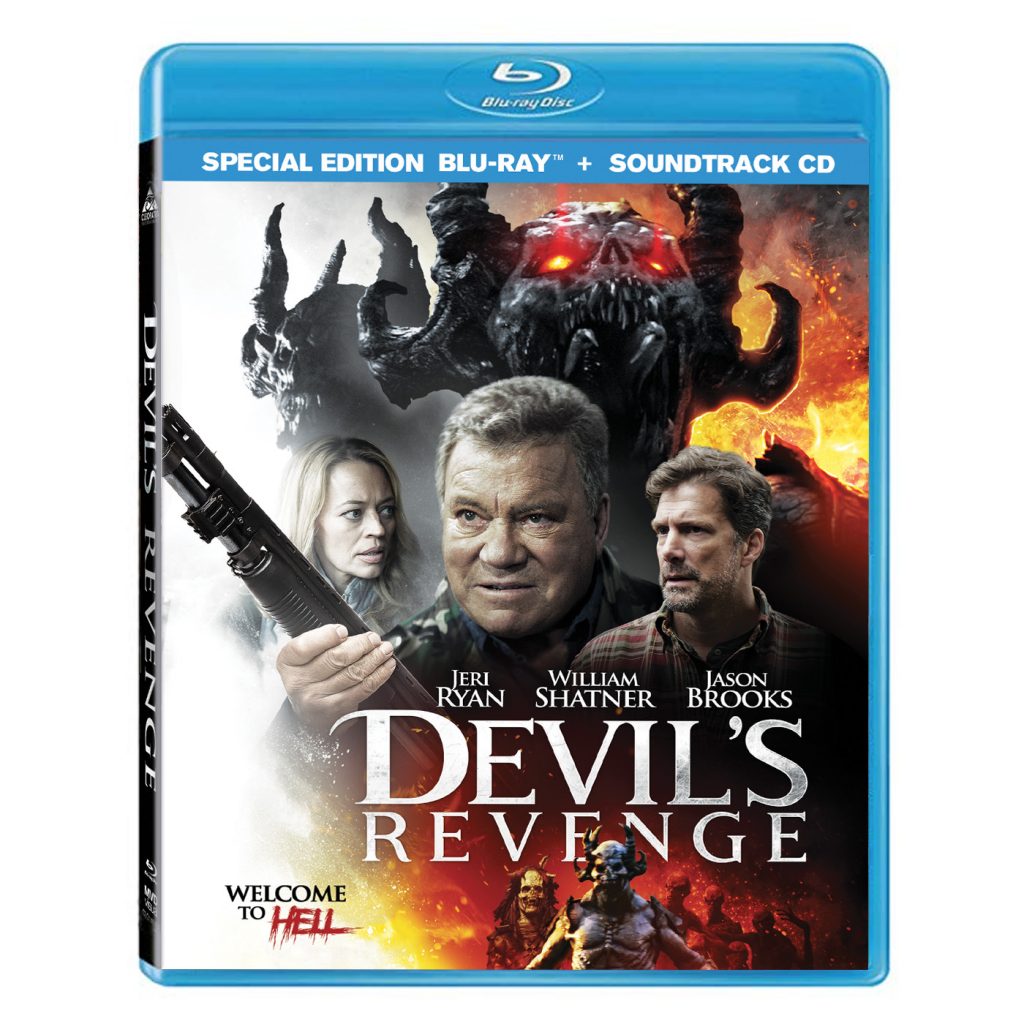