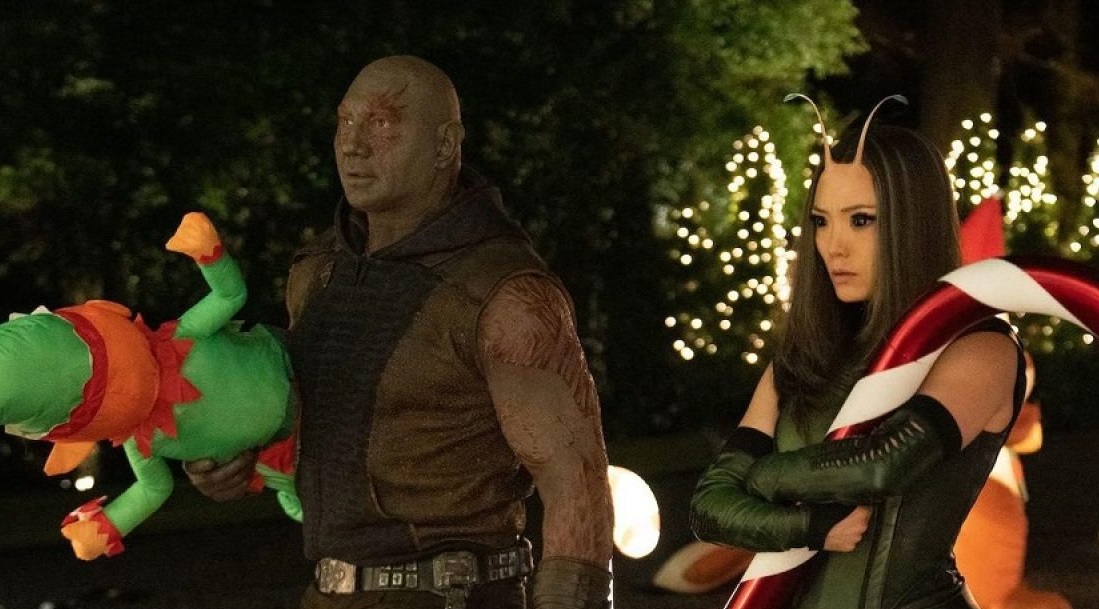 The Guardians of the Galaxy Holiday Special (2022) Review

Even the most miserable Scrooge should find something to enjoy with The Guardians of the Galaxy Holiday Special as it’s filled with silly moments and humour but never loses its heart making for an easily rewatchable Christmas gem.

Review: I remember several years ago before Guardians of the Galaxy came out I thought it was a ridiculous idea and had no desire whatsoever to see it; but then I saw the trailers and thought it looked like it might be fun. Once I saw the film I admitted my stupidity and ended up loving it and to this day it’s one of my favourite Marvel movies. The second one I didn’t love quite as much but it’s still worth watching to see Kurt Russell as Ego: The Living Planet.

Guardians of the Galaxy: Volume 3 is currently in the works but to (yule)tide us over until then we have this new 45 minute Holiday Special with the crew wanting to make Christmas special for Peter Quill (Chris Pratt) who had Christmas ruined for him as a kid by Yondu (Michael Rooker).

This tale mostly involves Drax and Mantis going to Earth and attempting to kidnap Kevin Bacon as Peter talks about him and his movies all the time. So, lots of festive hi-jinks ensue and what surprised me most was how heartfelt this was even despite all the silliness. Dave Bautista has really made the role of Drax his own and he is arguably my favourite character in the Guardians franchise. Kevin Bacon is always game for a laugh and is never afraid to send himself up; it’s a quick 45 minutes with plenty of laughs and even some brief action sequences to keep things moving.

There are also a few twists which may affect future stories making it essential viewing for MCU fans.

I foresee watching it again during the Holidays in the coming years as it’s just an uplifting watch that leaves you with a big goofy grin by the end. As it’s from James Gunn then expect catchy songs to keep you smiling and the opening song is a definite highlight.

Overall, The Guardians of the Galaxy Holiday Special is filled with laughs as well as some heartfelt moments in-between the silliness making for a an easy watch around Christmas.