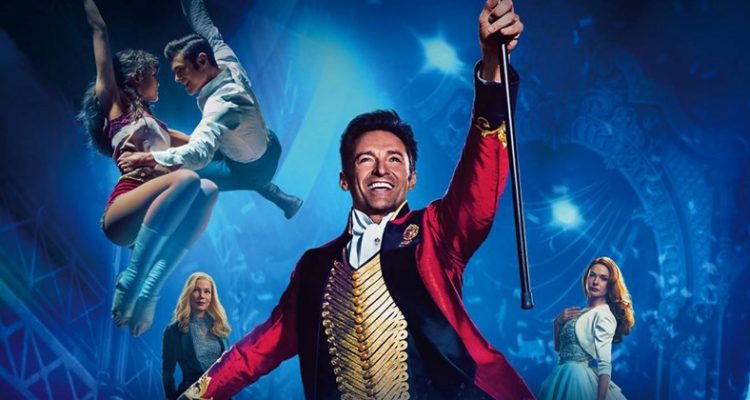 The Greatest Showman is one of the best musicals I’ve ever seen… admittedly that’s like two but still, it’s really good and much better than the overrated La La Land.

Plot: Orphaned, penniless but ambitious and with a mind crammed with imagination and fresh ideas, the American Phineas Taylor Barnum will always be remembered as the man with the gift to effortlessly blur the line between reality and fiction. Thirsty for innovation and hungry for success, the son of a tailor will manage to open a wax museum but will soon shift focus to the unique and peculiar, introducing extraordinary, never-seen-before live acts on the circus stage. Some will call Barnum’s wide collection of oddities, a freak show; however, when the obsessed for cheers and respectability showman gambles everything on the opera singer Jenny Lind to appeal to a high-brow audience, he will somehow lose sight of the most important aspect of his life: his family. Will Barnum risk it all to be accepted?

Review: Everyone knows I hate musicals but over the past couple of years I have become more open to all film genres; I even watch movies where no one gets punched in the face and nothing explodes. Weird.

Anyway, I had no real intention of watching The Greatest Showman as it just didn’t look like my cup of tea however, several friends and family members have been raving about it so my curiosity got the better of me. I finally went to see it last night and I will have to admit that it is indeed rather fantastic.

The songs are actually more pop songs rather than the musical theatre bullshit that usually plagues these movies and there are a few that will stick in your head for days after watching. I particularly liked A Million Dreams which is a real earworm song and refuses to leave me alone.

Hugh Jackman is always worth watching and even if the movie isn’t amazing he can elevate it with his sheer screen presence. In The Greatest Showman he plays P.T. Barnum, a man who feels he is destined for great things and wants to be loved by everyone especially the rich snobs of New York.

After several failed careers he puts together a circus of “freaks” and greatness quickly follows. What I liked is that Barnum starts off as a sympathetic man who has truly gone through his fair share of crap in his life but it’s very much a case of be careful what you wish for. He loses sight of what’s important and may end up losing everything that truly matters.

The Greatest Showman has real heart to it and you care for each of the characters; yes, the story is a little predictable but it’s so uplifting that it’s hard not to be moved by it.

As someone who loves fight choreography in action films, it has given me a new appreciation for dance choreography and in The Greatest Showman it is truly spectacular. I think the best sequence is in the bar with Barnum trying to convince Phillip Carlyle (Zac Efron) to join his circus and escape from the prison of his current life. The barman is moving glasses and bottles around to the music and was frankly jaw-dropping to watch.

Michelle Williams gives one of her finest performances to date as Barnum’s long suffering wife who supports him every step of the way but even she will be tested by his seemingly unending ambition.

Overall, The Greatest Showman is one of the best musicals I’ve ever seen… admittedly that’s like two but still, it’s really good and much better than the overrated La La Land. With spectacular dance sequences, memorable music and an uplifting story it had our audience cheering in the aisles by the end. Definitely see it on the big screen with all your friends.