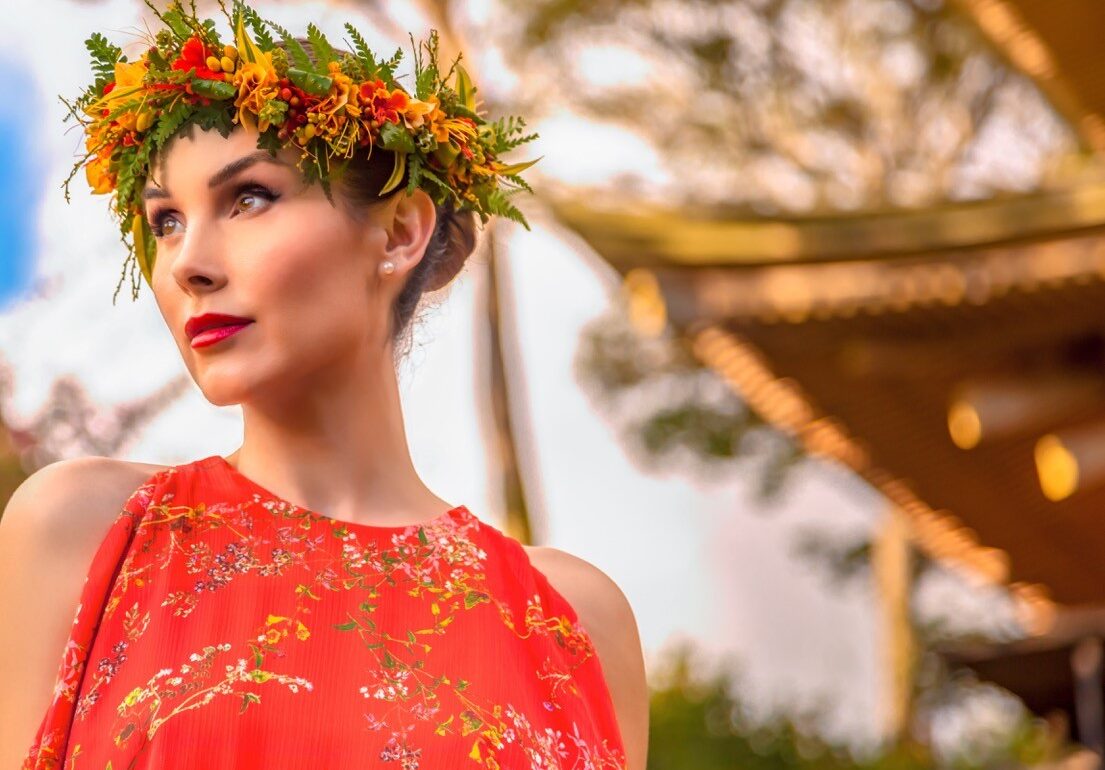 Kuleana, set in and filmed in Hawaii, hits theaters March 30th. The movie stars Kristina Anapau, known for her roles in TRUE BLOOD, BLACK SWAN and CSI : NY. Anapau factors into a story that fixes on a disabled Vietnam vet who rediscovers the Hawaiian warrior within to protect his family, defend their land, and clear his father’s name.

I know you’re based in L.A now but for a while there were in Hawaii?

Yes, I grew up on the Big Island.  At age 16, I unexpectedly booked my first movie on Oahu ­Universal’s Escape from Atlantis– I played the princess of Atlantis.  The director of the film encouraged me to move to LA after we wrapped so that I could continue acting and my parents were very supportive of the idea.  Luckily, the casting director of the film was launching a management company at that time, she signed me, and the rest is history.  I was very fortunate to break into the business as smoothly as I did.

How hard is it to make it as an actress in Hawaii? Is it a different ball game there than it is in Hollywood?

Well, I never wanted to be an actress – I was a classical ballerina, had my sights set on getting into a company, and was very focused on academia as well.  I graduated from high school early at age 15, and began studying at University of Hawaii that same year – taking a double course load with plans to have my PhD by age 21.  I booked that first film mid-semester of my sophomore year and was in LA and New York working nonstop shortly thereafter.  I completed my Bachelor of Science degree at Skidmore College in New York.  So, to answer your question, I’m not really sure what it would have been like to pursue acting in Hawaii – I don’t think there were many opportunities in the islands back then.  There certainly are more now.  I do think if one is serious about being an actor, however, LA or New York are the places to be without question.

A lot of your earlier work was on TV. How was it working on General Hospital, Haunted, House and the many other shows you appeared in?

I love working in television – love the quick pace.  There are definitely some wonderful stories and characters on television right now – especially for women.  There is also such a lovely familial feeling when you work on an ongoing series.  I really got to experience that in its most wonderful capacity on True Blood.  Incredible cast and crew – it was such a pleasure going to work everyday.  I think being an only child, that familial aspect of being on set is even more comforting and meaningful.

Is it fair to say Television was your bread and butter for many years?

I suppose it was in some respect, I did so many commercials when I was first starting out.  Doing so definitely allowed me to be a bit more selective when it came to choosing TV and film projects.

When did the film career really take off?

Booking Black Swan was a huge turning point in my career – after working with Darren Aronofsky, not only was I inspired beyond belief to delve deeply into indie films, but the directors of those indie films were suddenly much more interested in working with me.  Some of those films that I did directly following Black Swan were the most creatively rewarding of my career.

Brian and I first met at The Big Island Film Festival, where I was receiving an achievement award, and his film had won the grand jury prize.  I’m not sure if there was any one performance that made him think of me for Kuleana, but I am certainly grateful that he did.  Collaborating with Brian has been an incredible experience – he gives 100% to everything that he does and all of his hard work has definitely paid off with Kuleana – it’s an absolutely beautiful film.

Rose loves her adopted daughter (played by Kealani Warner) very much and would gladly sacrifice herself to protect her.  I think it’s that sacrificial nature that drives so much of who she is in the film.  In certain aspects, she’s resigned to her life – to her unhappiness – but there is an undeniable strength and almost other-worldliness in her that surfaces throughout.

Did you base your performance on anyone real or alive?

No, but I saw a lot of myself in the character, which made for a wonderful, explorative journey while preparing.  I’ve always felt that it’s more the roles that are choosing you rather than the other way around. There always seems to be some aspect of myself that gets explored during the preparation and filming process that needed to be examined somehow – and would not have been if not for that role.

How collaborative a filmmaker was Brian? Open to suggestions?

Brian was incredibly collaborative and always open to suggestions.  He had a vision for what he was creating, and really loves every step of that creative process.  You can’t help but be inspired to delve in to that process with him and help bring his vision to life.

Was there much rehearsal time with Kuleana? Did you have an opportunity to get to know your co-stars before filming began?

We had a wonderful pre-production party before filming began that allowed everyone to get to know one another and bond a bit, which was great.  Brian definitely made sure that we had time to rehearse and discuss key scenes and beats all thorough filming.  Sonya [Balmores] and I shared a house while we were on location and became great friends.  We still spend time together in LA, and are collaborating on another project together – an idea that was actually conceived while on location during Kuleana!

I’ve been very focused on writing and producing.  This past year, I co-created and am producing a kids show with award-winning talk show host John Kerwin.  It’s basically The Tonight Show for kids.  We have all the stars from Disney, Nickelodeon, and more – these young stars have huge followings, but there weren’t any glamorous, late-night style platforms for them.  So we created one.  Kids in the audience.  It’s a lot of fun.  The show has been airing nationwide on DirecTv and is doing really well.  So well, in fact, that we are in the final stages of doing a deal with a much bigger network – that acquisition will be officially announced in a few weeks.  Follow us on Instagram @johnkerwinkidsshow to find out more!