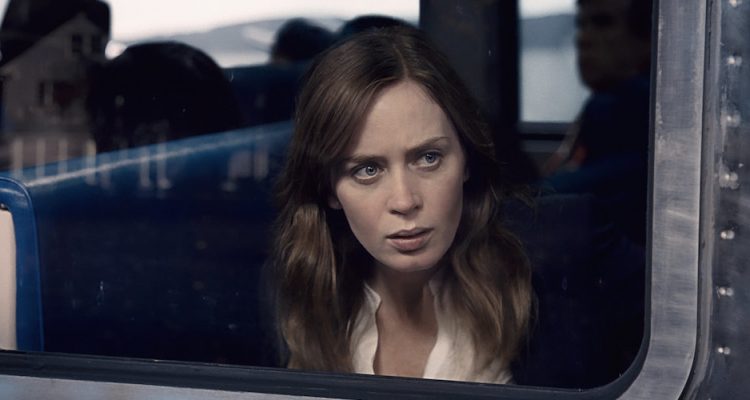 Despite some terrific performances The Girl on the Train is incredibly slow and lacks any tension for the first hour.

Plot: Commuter Rachel Watson (Emily Blunt) catches daily glimpses of a seemingly perfect couple, Scott and Megan, from the window of her train. One day, Watson witnesses something shocking unfold in the backyard of the strangers’ home. Rachel tells the authorities what she thinks she saw after learning that Megan is now missing and feared dead. Unable to trust her own memory, the troubled woman begins her own investigation, while police suspect that Rachel may have crossed a dangerous line.

Review: I’ve never read the book of The Girl on the Train (and now I don’t have to) and I’m glad I went into this movie without knowing much about the story. The trailers for the movie intrigued me though as it looked like a good old fashioned sexy thriller, the like of which we rarely see anymore.  I thought it had the feel of an Adrian Lyne film and I wonder if he would have been the better director as in his hands it may have been a bit more interesting.

Everyone in this movie is so miserable that it’s difficult to really root for anyone however, it would be remiss of me to not mention how fantastic Emily Blunt is as the alcoholic (and possibly crazy) Rachel. She’s a woman obsessed with her ex-husband and his new wife Anna (Rebecca Ferguson) but if that’s not creepy enough she fantasizes about a couple she goes past every day on the train thinking they live a perfect life; as the story goes on we discover that things are far from perfect and there is no one in this story without major issues.

Luke Evans and Haley Bennett give first rate performances but it’s a shame the majority of the male characters are portrayed as boorish assholes. Hey, we’re not all like that you know…

Rachel is such a sad character that your heart breaks for her at various points as she always wanted a baby but couldn’t so she descends into alcoholism and things go from bad to worse. So it’s a riotous comedy as you can imagine but it has plenty of twists and turns and you’re never quite sure who to trust.

The first half is painfully slow and fails to ever build up any momentum or tension and it’s only really in the last 30 minutes that the story gets interesting. The non linear narrative got frustrating at times with some editing choices which were just plain frustrating.

Overall, despite some terrific performances The Girl on the Train is incredibly slow and lacks any tension for the first hour. Maybe rent it if you’re curious and judge it for yourself.