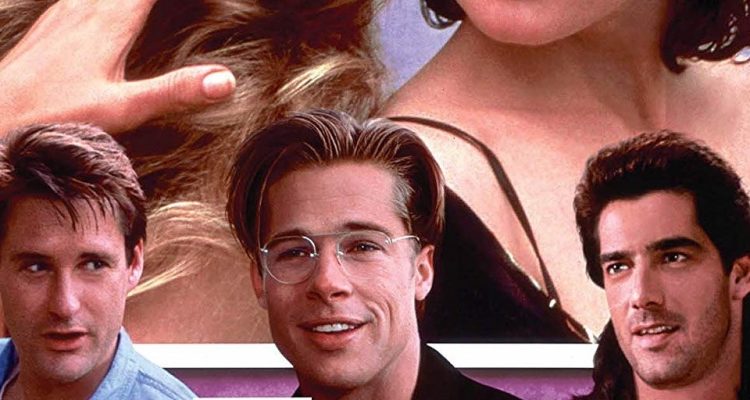 The Favor is a cute little throwaway romantic comedy, and these types of movies are from a bygone era.

Plot: Kathy can’t help but wonder how things could have been if she got together with her old boyfriend, Tom. Being married prevents her from doing that so she asks her friend, Emily to go to him and see if she can sleep with him then tell Kathy how it was.

Review: Happily married to a perfectly boring guy (played by Bill Pullman), housewife Kathy (Harley Jane Kozak) sort of lives precariously through her trendy and single best friend Emily (Elizabeth McGovern), whose promiscuity and happy-go-lucky lifestyle fuels them both with some great stories. When Kathy gets the bright idea for Emily to meet up with Kathy’s old high school sweetheart on her next business trip, Emily agrees. When Emily comes back to tell Kathy that she not only meet up with the hunk (played by massively mulleted Ken Wahl) but also slept with him, the news throws Kathy into an unexpected funk. To further complicate matters, Emily turns out to be pregnant, but is it Kathy’s old beau’s child, or is it the progeny of Emily’s current boyfriend (played by Brad Pitt)? Kathy takes it upon herself (since she’s already in the midst of a midlife crisis) to meddle in her friend’s affairs and screw everything up (including her marriage). How will Kathy ever redeem herself from her desperation to feel relevant?

A product of the last gasp of Orion Pictures, The Favor was filmed in 1990 when Pitt and Pullman were unknown and Wahl was still making movies released in theaters. When the film was released in ’94, Pitt was breaking out as a big star and Pullman was much more recognizable. The film doesn’t really do much for its stars McGovern and Kozak, despite putting them at the front and center. While the film is Rated “R,” it could easily pass for a PG-13 nowadays. I’m not even sure why it had such a hard rating to begin with. It’s a cute little throwaway romantic comedy, and these types of movies are from a bygone era. From director Donald Petrie, who would later helm the hits Miss Congeniality and How to Lose a Guy in 10 Days.

Kino Lorber recently released The Favor on Blu-ray in a high definition transfer that compliments the experience of watching it. It’s affordably priced to own.