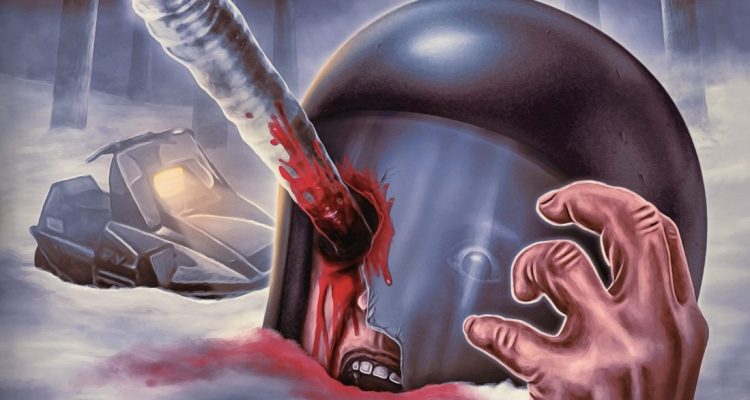 If you’re a deep diver into horror films, particularly ones with a very cold looking setting, then The Chill Factor should be of interest. I’d never heard of it before, so it was a nice little discovery.

Plot: A group of snowmobilers become trapped on a lake, and hole up in an abandoned camp. What they don’t know is that the camp was once used by a satanic cult for its rituals, and is still infested by demons, who begin to kill off the group.

Review: Some young adults who’ve gathered for a fun time over a chilly, snowy weekend take a dare and decide to have a snowmobile race in a fairly remote area in the tundra. What seems like a good idea at the time turns into a disaster when one of the guys crashes his snowmobile and hits his head and breaks his hand. With one of their own unconscious and with the threat of freezing to death creeping in around them, the group desperately tries to find some shelter. What they find is quite odd: an old, abandoned (and pretty creepy) summer camp for kids hidden in the woods, and the main cabin is full of weird religious artifacts, hinting that that whoever was there last was trying to trap something evil there forever. But the desperate couples don’t have a choice – they’ll die in the snow if they don’t hunker down for the night. Over the course of the night, a demon possesses one of them, turning their night into a hellish obstacle course of survival as the evil all around them wreaks havoc on their minds and bodies. There’s no time for love when there’s only time for survival!

A somewhat hokey, but endearing late ’80s slasher / possession film with some supernatural elements (and some very cheesy voiceover narration), The Chill Factor is innocuous horror material for fans of the era. It has a couple of fun and funny moments (some of the dialogue is hilariously bad), but if you’re a deep diver into horror films, particularly ones with a very cold looking setting, then The Chill Factor should be of interest. I’d never heard of it before, so it was a nice little discovery. From director Christopher Webste, who never directed another picture.

Arrow Video resurrects The Chill Factor from VHS obscurity and has just released a great looking 2K restoration from the original film elements. They’ve added some special features, such as a VHS workprint, plus a commentary, an insert booklet, interviews, and more. 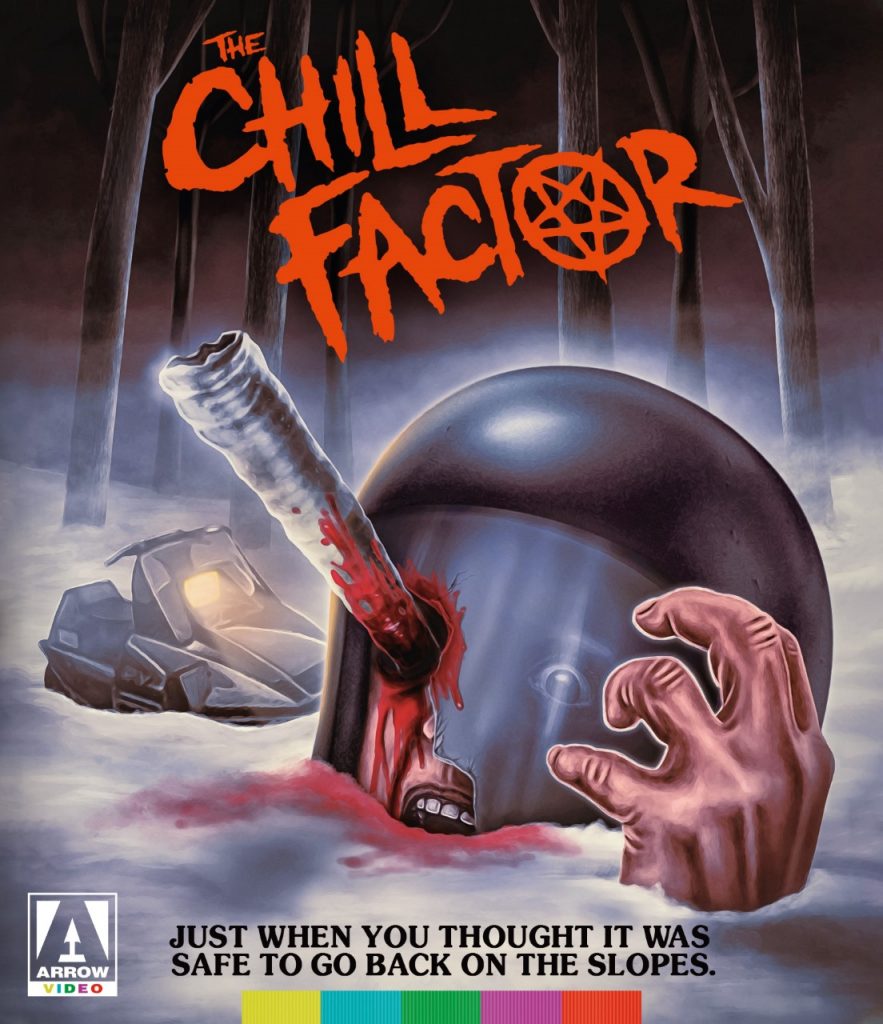