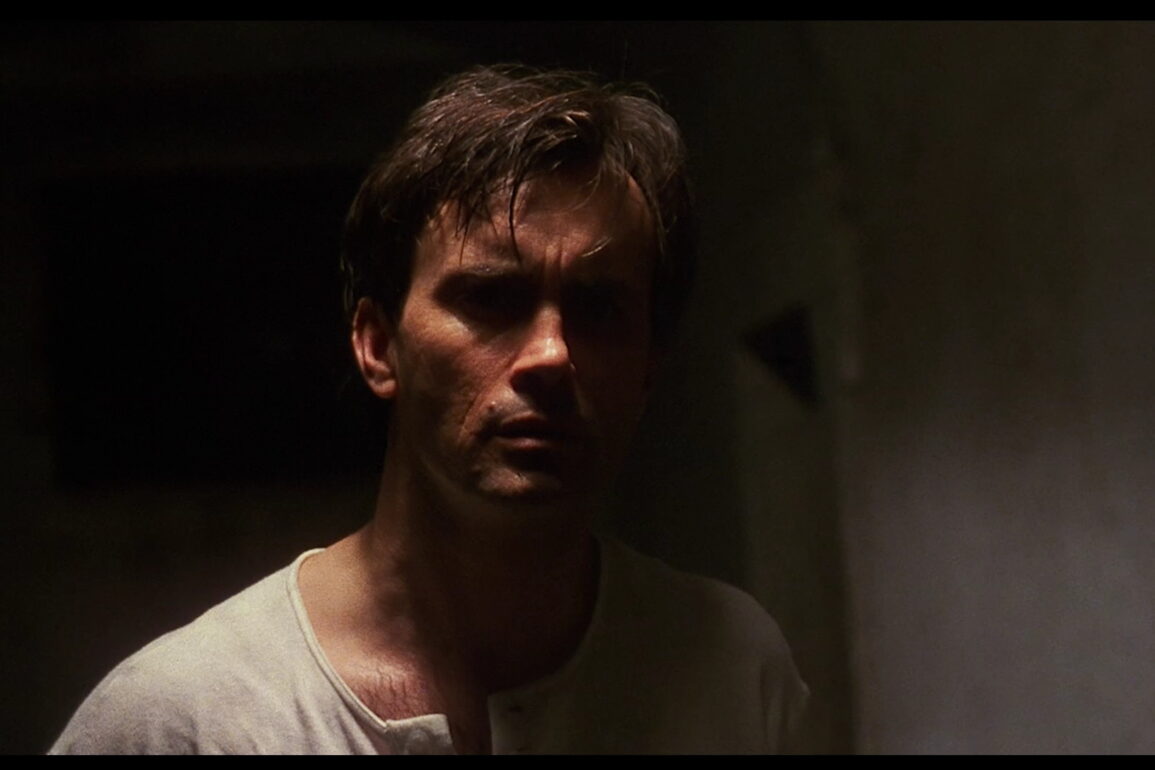 Has a profound sense of dread throughout and Crampton and Combs are great in it.

Review: A long-thought-lost short film segment from an experiment orchestrated by filmmakers Charles and Albert Band at the height of their studio Empire Pictures days, The Evil Clergyman is a 30-minute short that was intended to be inserted into a compilation feature called Pulse Pounders. The other two shorts were a Trancers sequel, and a sequel to their film The Dungeonmaster. Recently discovered on a VHS tape (the film elements are probably lost forever), The Evil Clergyman is a dark and sinister little tale about the wife of a hedonistic clergyman who committed suicide in a castle. The wife (played by gorgeous Barbara Crampton) goes to the castle, hoping to find answers as to why her husband (played by Jeffrey Combs) killed himself, but over the course of the night she’s there, she’s visited by her husband’s ghost and two others: a victim of her husband (played by David Warner) and a deformed imp of a creature (played by David Gale) who feeds off of her terror as she’s given a hellish glimpse into the evil her husband was into.

Perhaps one of Full Moon’s darkest tales, The Evil Clergyman (which was taken from one of H.P. Lovecraft’s stories) is a twisted mind trip the likes of which we rarely saw from Empire/Full Moon. As directed by Charles Band, the film evokes a deep and profound sense of dread and kink, and it actually surprised me that Stuart Gordon didn’t direct it. Crampton and Combs are great in it. Fans of Full Moon / Empire absolutely must check this out at some point, as it’s one of the last lost treasures from their vault we’ll ever see. Their Trancers segment is available on the Blu-ray of the first Trancers film, but who knows if and when we’ll ever get to see that Dungeonmaster piece.

The special features on the DVD for The Evil Clergyman include a documentary and a sneak peak at the Trancers segment. Well worth a pick-up.