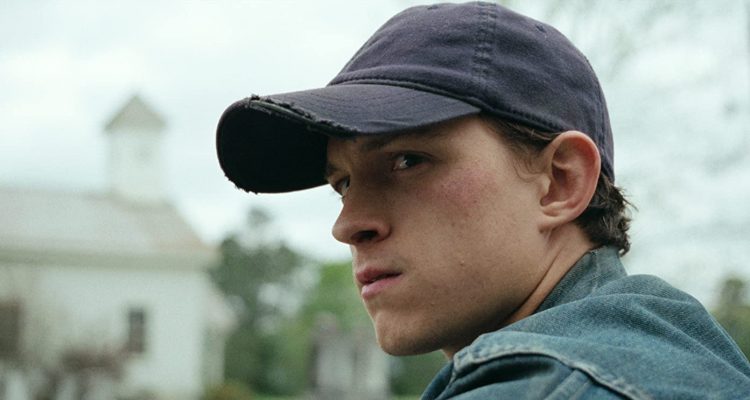 The Devil All the Time isn’t exactly cheery viewing but the performances alone make it something you should watch at least once. Tom Holland does a perfect accent as does Robert Pattinson so if you’re looking for something dark to watch then I’d check it out.

Plot: Sinister characters converge around a young man devoted to protecting those he loves in a postwar backwoods town teeming with corruption and brutality.

Review: I’d been meaning to watch this for a while as the cast alone made it look intriguing; I could tell from the trailers that The Devil All the Time was going be rather grim and I was right. It’s the kind of movie to watch once as it’s hardly ”fun” and for the most part is depressing and unpleasant. The reason to watch it is for the performances with Tom Holland proving a genuine talent but also this might finally shut the naysayers up about Robert Pattinson who plays a corrupt preacher who abuses his power to manipulate girls. He disappears into the role and although it isn’t a huge part he still grabs your attention immediately.

Judging from the title of the movie you know there are  going to be moments of shocking violence and as this is a Netflix film then depravity is pretty much a given. It’s all about corruption, power and how people use God and faith as an excuse to do awful things to people which is a tale as old as time. There are no angels in this story however, our protagonist Arvin (Holland) essentially becomes an angel of vengeance as he attacks anyone who harms his family. What’s interesting is that you cheer on his retribution and violence enjoying it more than you should which makes us the viewer almost complicit in the violence.

Despite the runtime of around 2 hours and 17 minutes there is an air of unease and threat throughout so it moves at a good pace and has some choice dialogue like “Some people were born just so they could be buried”.

The set design and attention to period detail are first class; it’s understandable why an actor would want to star in this movie as the characters are all layered and interesting with Bill Skarsgård getting to demonstrate what a gifted actor he is. I also thought Sebastian Stan must have enjoyed playing the corrupt Deputy Lee Bodecker who is no better than the criminals he goes after.

It’s generally a morality play where your sins will always find you out; as I say the relentless grimness means it’s not a film I would revisit again any time soon but as it’s on Netflix the I would recommend watching it once.