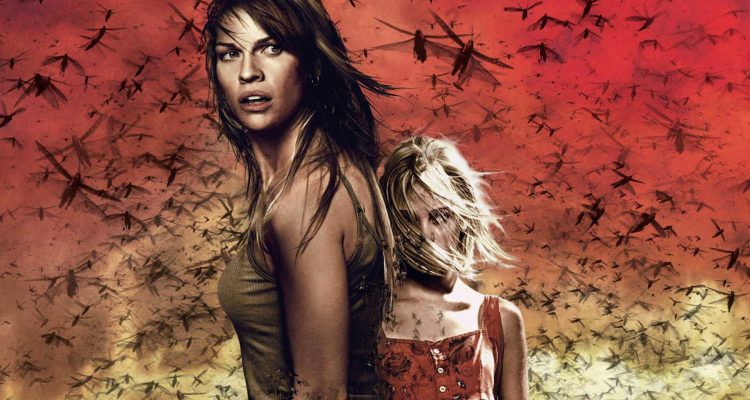 Plot: A former Christian missionary, who specializes in debunking religious phenomena, investigates a small town which seems to be suffering from the 10 biblical plagues.

Stephen Hopkins is a director that’s made films that I’ve always felt were very underrated, particularly Predator 2, Judgement Night, Blown Away, and The Ghost and the Darkness, so I wanted to revisit The Reaping since it’s been awhile since I’ve watched it.

Well, now that I have, I have to say this one was incredibly disappointing; this is one of those films that has an intriguing premise but, is ruined by its execution.

I’ll start with the positives first, Hillary Swank, Idris Elba, and Stephen Rea all give fine performances; they do the best with what they can with what they’re given. The second thing I can praise was the premise which was intriguing, and last is the locations which I appreciate since I’m from Louisiana so I’ll give them credit on that.

The rest is very sloppily done, particularly when you get to the ending which was incredibly predictable.

The Direction by Stephen Hopkins is flat and while he tries to bring some of his style to this, it doesn’t work because there’s absolutely zero tension in any scenes that are supposed to be scary.

David Morrissey was very bland and uninteresting along with the rest of the townspeople who are just kinda there.

Overall, The Reaping is a film that has some performances that are fine, good locations, and an intriguing premise but is brought down by its script, direction and pacing. If you ask me, just watch both The House on Haunted Hill and Thirteen Ghosts from Dark Castle (who produced it) instead.