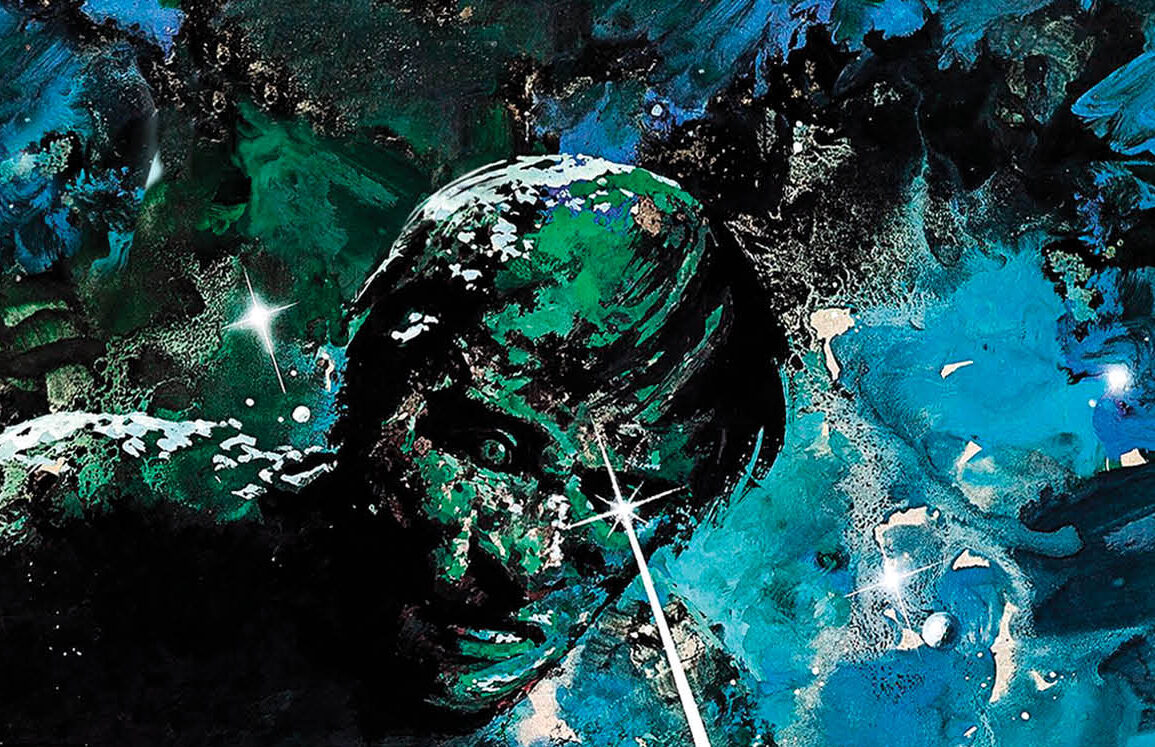 Fans of late ’70s / early ’80s horror / exploitation films will recognize this as an early template of films that came later, stuff like Without Warning, The Hidden, and even The Terminator.

An alien stalks the streets of Los Angeles every night for a week, brutally killing people. A detective, an author, and a journalist are all on the same case.

A humanoid beast that growls and shoots lasers from its eyes is loose on the streets of Los Angeles, and men and women of all creeds and races are being found brutally murdered, sending the police department and the media into a frenzy. One of the early victims was the daughter of a bestselling author named Roy (William Devane super laid back) who recently spent a few years in prison for killing his wife’s lover. A detective named Mooney (Richard Jaeckel) thinks at first it’s Roy who’s doing the killing, but it’s obvious he’s not, and putting himself on the case whether or not Mooney or the LAPD wants him there, Roy begins combing the streets in his Corvette, looking for clues. Meanwhile, an ambitious and attractive journalist named Owens (Cathy Lee Crosby) begins interviewing the families of previous victims, and when the paths of all three of these characters converge, the killer beast is sure to rear its ugly head and there will most certainly be a heck of a lot of collateral damage in its wake.

A slasher in the guise of a science fiction killer alien detective movie, The Dark is best when it shows the hideous monster on the prowl and smashing, throwing, decapitating, and mowing characters down with its Frankestein creature-level of strength. There’s never an explanation for it, other than it being an alien from another world, but there’s never any more exposition that that. The climax is a howler: The creature is finally cornered by dozens of cops, and no amount of bullets or stopping power slow it down as it explodes, incinerates, dismembers, and clobbers one guy after another. It’s something else. Fans of late ’70s / early ’80s horror / exploitation films will recognize this as an early template of films that came later, stuff like Without Warning, The Hidden, and even The Terminator. From director John “Bud” Cardos, who replaced Tobe Hooper early in production. 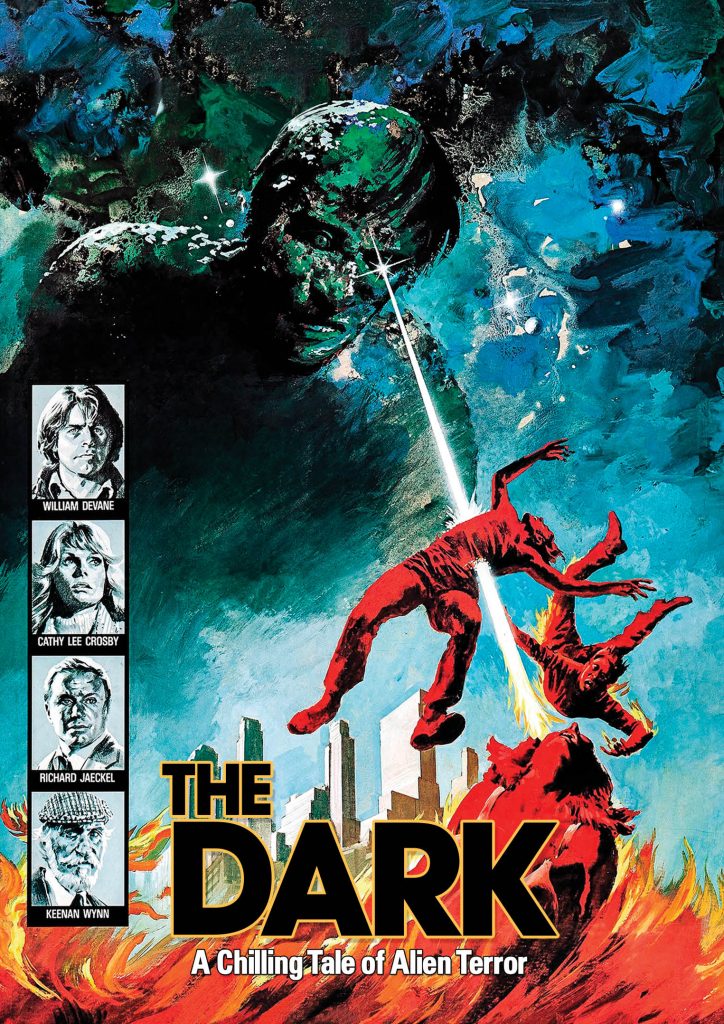