I appreciated it and found it a valuable piece of British cinema, and while it has a fanciful approach to the music and entertainment industry, it’s also pretty realistic and gritty at the same time.

A low-level talent agent hustles himself into managing and controlling a young singer and bongo player.

Johnny Jackson (Laurence Harvey) is a bottom-of-the-rung talent scout always on the prowl in London’s SOHO. He cons his way into free lunches, never paying his way anywhere, and he’s never been hungrier to score big time. He barely spends any time with his girlfriend, a stripper named Maisie (Sylvia Syms) who knows what a con artist he is, but when they step out on a quick date to an expresso joint where the youth hang out and dance to hip music, Johnny discovers a talented and attractive bongo player named Bert Rudge (real-life pop singer Cliff Richard) who clearly has everything it takes to become a star … except a manager. Johnny overwhelms Bert with his shtick and routine, and despite not going about it in a legal way, he gets Bert to sign over 50% of his earnings in an equal share contract with him, and then they’re off and running to fame and fortune. Johnny manages to get Bert – whom he renames “Bongo Herbert” – some very big gigs and suddenly Bert becomes an overnight sensation just like Johnny knew he would. But when Bert meets an older and very attractive singer named Dixie Collins (Yolande Donlan who was married to this film’s director) who is on the verge of becoming a has-been, she sees in him her chance to swindle Bert away from Johnny and become his manager … legally. When Bert takes her side over Johnny’s, everything changes and gets flipped sideways as Johnny finds himself without a star and without a contract, but with the sure-fire hunger he’s always had.

Expresso Bongo from director Val Guest reminded me a lot of Edgar Wright’s Last Night in SOHO, but without the serial killer subplot, and therefore it was a very interesting viewing experience. It shows the seedy side of show business and it has some surprising bits of sexiness and semi-nudity, which was shocking considering that this was made in the late ’50s. It goes on too long at nearly a full two hours and has a number of unnecessary songs in it (it’s a musical, but it doesn’t need to be), so it’s a trade-off for viewers who might be fascinated by the subject matter, but repelled by the corny musical interludes. I appreciated it and found it a valuable piece of British cinema, and while it has a fanciful approach to the music and entertainment industry, it’s also pretty realistic and gritty at the same time. 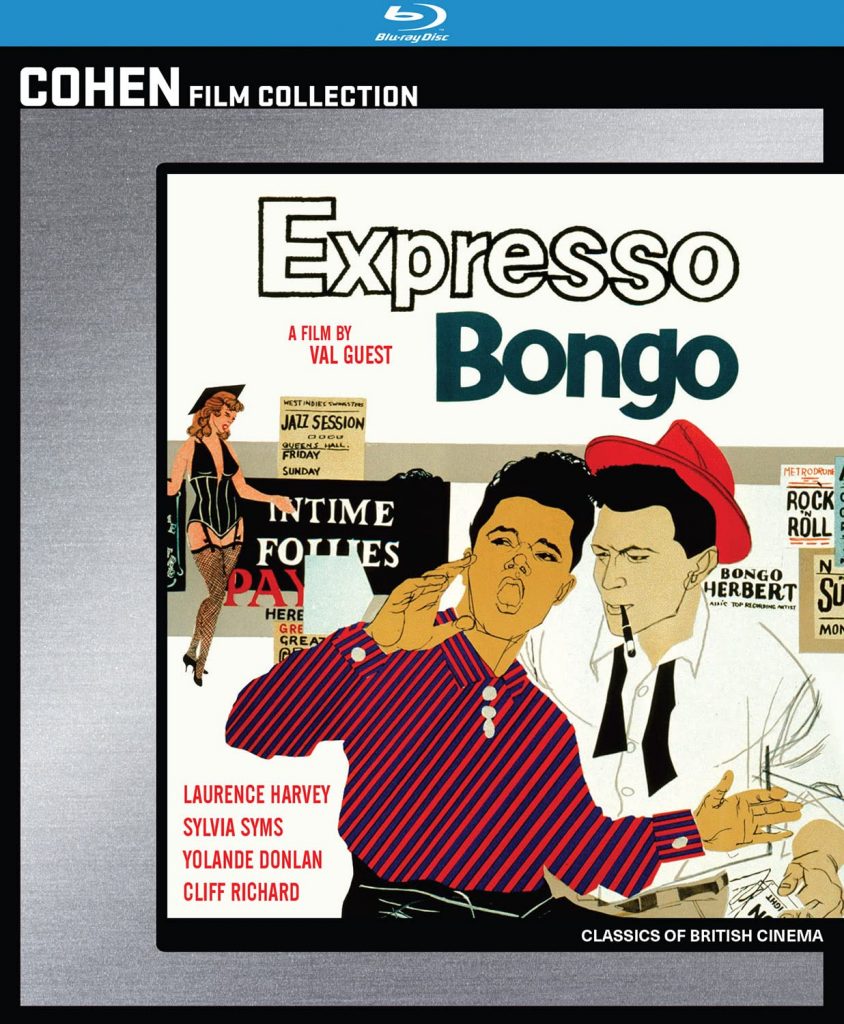