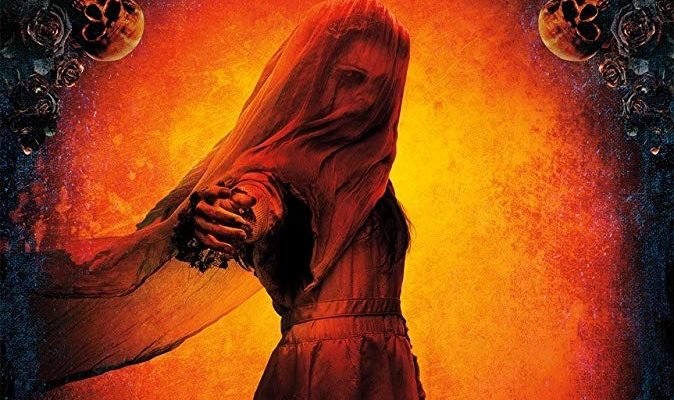 The Curse of La Llorona is an entertaining addition to the Conjuring Universe but I couldn’t help feel like we’ve seen it all before.

Plot: Ignoring the eerie warning of a troubled mother suspected of child endangerment, a social worker and her own small kids are soon drawn into a frightening supernatural realm. Their only hope to survive La Llorona’s deadly wrath may be a disillusioned priest and the mysticism he practices to keep evil at bay, on the fringes where fear and faith collide.

Review: Critics generally hated this movie and some have described The Curse of La Llorona as one of the worst horror movies ever made but I thoroughly enjoyed it and consider it a far superior film to The Nun and Annabelle Comes Home.

All of these movies have one thing in common –  they are all in The Conjuring Universe and to be honest I had no idea The Curse of La Llorona was part of it until I saw it last night. The marketing tended to shy away from connecting it for some reason but it’s a fun addition with plenty of creepy moments and of course obligatory jump scares. There is some amazing camera work which I find is a common factor in these movies; the opening scene with the family in the house has the camera follow them around and it looks like it’s mostly done in one take.

I can see why people would hate the movie though as it has the usual horror clichés like characters being monumentally stupid; the little girl who reached over the door to reach for her fucking teddy should have had her soul eaten and it bothered me that she lived to see the end credits.

The main protagonist Anna played by Linda Cardellini isn’t particularly sympathetic either and immediately annoying refusing to follow orders from her superiors and generally trying to prove that she can do everything herself. Thankfully she is proven wrong when her family is cursed with La Llorona who is a female spirit with a penchant for drowning kids. Her children are now in danger after she stuck her oar into someone else’s business and now she has to deal with it so I didn’t really feel bad for her.

The kids were actually surprisingly likable though (up until the teddy scene) and managed for the most part to not be annoying which is rare.

It takes a while for things to get going and it’s never utterly terrifying but it’s not without its moments and the highlight is Raymond Cruz as Rafael Olvera; a holy man who left the church but still believes in God and agrees to help the family be rid of this curse. He has the best lines with a running joke about how he is never scared providing a few much needed laughs.

Overall, The Curse of La Llorona is disposable horror with a few scary moments that will make you jump but it is far from a classic and not anything we haven’t seen before.