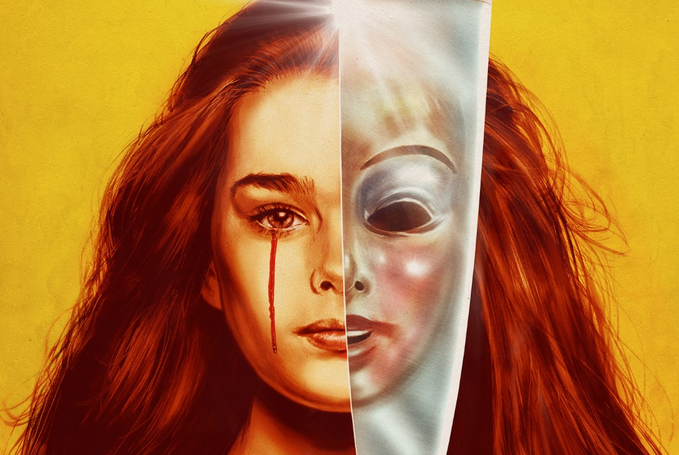 Everything right down to the color schemes, score, and gore quotient works like a charm.

Plot: In 1961 suburban New Jersey, a withdrawn adolescent girl is suspected of her younger sister’s brutal murder during her first communion, as well as a series of stabbings that follow.

Review: On the day of her first communion, young Karen (Brooke Shields in a very early role) is brutally slain in church and her corpse is burned to a crisp. There aren’t any suspects at first, until a masked and raincoat-clad figure tries murdering someone in the apartment complex where Karen and her sister Alice (Paula E. Sheppard) live. It seems as though the possibly mentally unsound Alice is the culprit, and so detectives zero in on her as both the attempted murderer and the murderer of her own sister. They grill her at the station and force her to take a lie detector test, which she passes, but the detectives are not satisfied. When another neighbor – the disgusting pedophile landlord – is also stabbed to death, as well as when Karen and Alice’s own father is murdered, the true killer and motive is revealed, and no one is safe on the next communion day at church.

A genuinely unsettling slasher made in the mold of Italian giallos, Alice, Sweet Alice has continued to impress since the first time I saw it over a decade ago. I’ve seen it three times now, and it remains an incredibly solid (and sordid) psychological slasher film with strong Catholic undertones, and everything right down to the color schemes, score, and gore quotient works like a charm. Co-writer and director Alfred Sole deserves huge credit for making something that has lasted the test of time, and anyone who’s never seen this gem should take a look at it ASAP.

Arrow Video’s new Blu-ray release of this title has been restored in 2K, and comes packed with special features, including new interviews, a new audio commentary, a fold-out poster, a shooting location tour, deleted scenes, alternate opening titles, and much more. This is a great package for fans of the film, and for anyone discovering it for the first time. 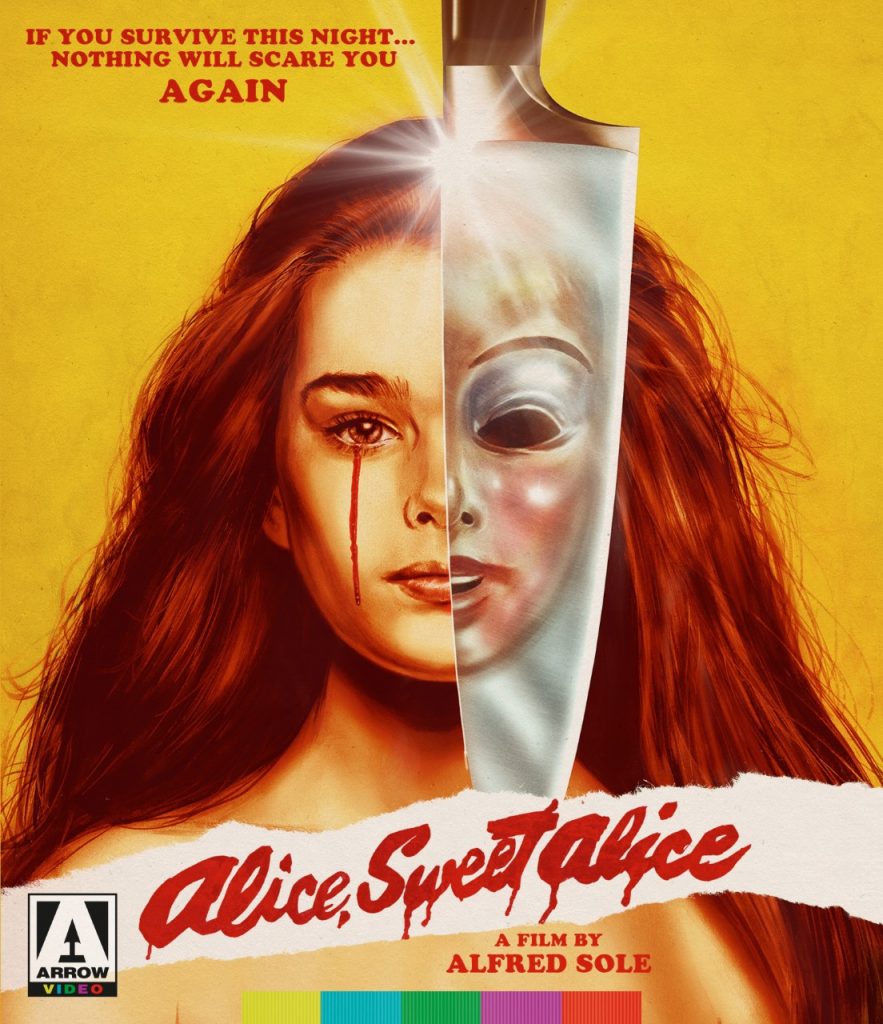