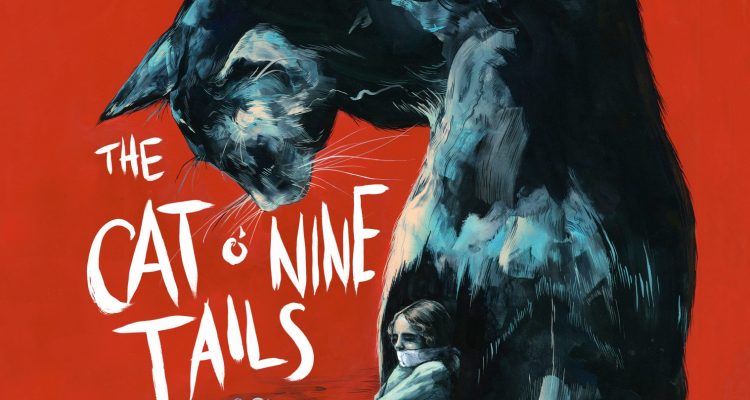 An early Dario Argento giallo / thriller, The Cat O’ Nine Tails is a solid little shocker with a great, tense finale set on a rooftop.

Plot: A newspaper reporter and a retired, blind journalist try to solve a series of killings connected to a pharmaceutical company’s experimental, top-secret research projects and in so doing, both become targets of the killer.

Review: Four murders have occurred, and all the victims were somehow connected to a genetics lab. A blind man (played by Karl Malden) who makes a living creating puzzles and his ward – a little girl who keeps him company – become involved in the mystery of the killings when they overhear what may be the killer or someone connected to the killer blackmailing another individual. The blind man teams up with a tough reporter (played by a dashing James Franciscus who has several close combat fight scenes) to get to the bottom of the mystery, but when they get too close, the killer kidnaps the blind man’s young ward, thus setting off a race against time before the girl is found dead.

An early Dario Argento giallo / thriller, The Cat O’ Nine Tails is a solid little shocker with a great, tense finale set on a rooftop. The story is consistently engaging with vulnerable characters and an intriguing mystery. It’s not as overtly stylish as some of Argento’s best-known work, but you can easily see the beginnings of a master at work, with strange ultra close-ups of an eyeball and dashes of bright red blood. Fans of Italian shockers should give it a go if they’ve never seen this before.

Arrow Video’s new single-disc Blu-ray of The Cat O’ Nine Tails is presented in a 4K restoration. A new audio commentary with several film critics and new interview with Argento, and cast / crewmembers are also included in the special features. This is an attractive release all around from Arrow.