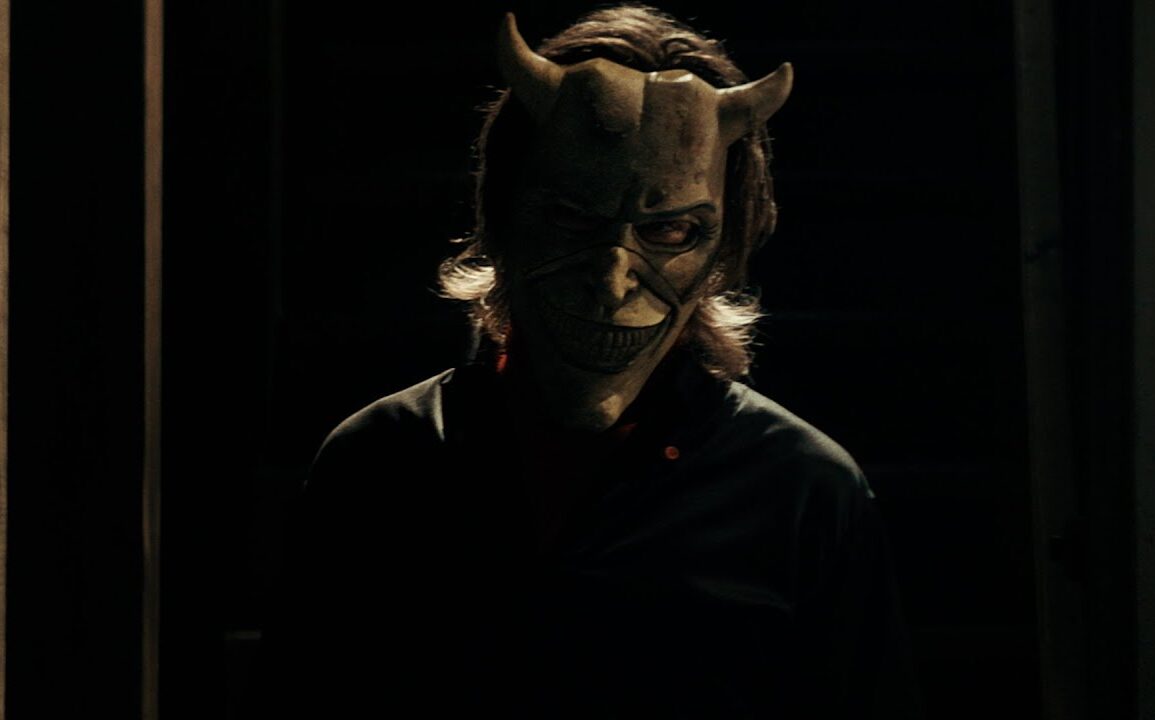 While needlessly split into two different narratives, The Black Phone has a great concept and a standout performance by Ethan Hawke.

Plot: After a young man named Finney is abducted by “The Grabber” and left in a basement, a mysterious black phone on one of the walls of his prison begins to ring.

Review: This movie is based on a short story by Stephen King’s son, Joe Hill. While I have heard that Mr. Hill is a terrific writer and has won a boatload of awards, as a writer who has to work a day job to make ends meet, I’m never thrilled when I hear about the nepotism that certain individuals enjoy that seems to bypass them past hurdles that the rest of us have to endure. Needless to say, I have never read any of Mr. Hill’s stories and do not intend to.

Helmed by Scott Derrickson, he of “Doctor Strange” fame, The Black Phone is, nevertheless, an extremely interesting concept. I won’t give away who is on the other end of the line when the black phone rings, but it’s pretty neat. How the interactions play out between the abducted Finney and whoever is on the other end of the black phone is definitely the highlight of the film.

So too is Ethan Hawke, who plays the villain of the film. Hawke plays the role with a certain understated style that was an excellent choice. While a scenery-chewing madman certainly would have appealed to some audience members, I think how Hawke approaches it is scarier, as he seems like a nice, normal guy, other than the fact he’s wearing a mask (either full or partial) through the entire movie. You never quite understand his motivations, and thus, you’re never sure what he will do next, which is terrifying.

Where the Black Phone falls apart a bit is, the movie splits into two separate narratives, one with the boy in the basement and the other with his sister. His sister experiences pre-cognitive dreams, and after his abduction, she utilizes her power to scour the city for him. You begin to realize fairly early on that her search will probably be unsuccessful, and it’s really the boy’s story that you need to focus on. That leaves the other part of the narrative essentially a waste of time. Likewise, while the movie is never boring, it takes a little too long to get going. To be honest, the 103-minute runtime probably could have been sliced to a leaner 88 minutes or so without losing much.

Aside from Hawke, everyone else plays their parts adequately, with Jeremy Davies standing out as an oddity as Finney and Gwen’s abusive father. There’s a pseudo-believable character arc he goes through, but again, not necessary to the story, and his redemption at the end is not rewarding as his character has so little to do with the main story. He’s essentially window-dressing for drama’s sake that isn’t really needed.

The movie is set in the ’70s (I don’t know why, as I assume child abduction is still relevant today), and the clothing and style fits. The movie is shot well, albeit not with any particular panache. The lone exception is some flashback scenes which were shot in a home movie style that was kind of interesting. Derrickson chose to shoot the scares alternately by hiding things in the dark (only to be accompanied by the standard loud music cue that some audience members fell for) or to give you brutal and matter-of-fact violence, which was nice. The soundtrack was nothing to write home about, and I barely remember it.

Overall, The Black Phone is a high-concept movie that mostly delivers on what it promises. However, the story is just not enough to justify its run time (like most movies these days). The secondary plot involving Finney’s sister and father looking for him brings nothing to the narrative and simply wastes time. A tighter plot probably would have made this movie truly memorable, but as it stands, its concept and Hawke’s subtle performance are pretty much the only reasons to recommend it.