The Batman – The Complete Series Out on Blu-ray TODAY!

Just in time for the EXTRA dark and gloomy looking big screen (and three-hour!) movie THE BATMAN, which is coming out this week, Warner Brothers has just released the complete animated series THE BATMAN on Blu-ray, which spanned five seasons and ran from 2004-2008, a total of 65 episodes. A fun alternative to BATMAN: THE ANIMATED SERIES, BATMAN BEYOND, and BATMAN: THE BRAVE AND THE BOLD, THE BATMAN lives in its own stylish universe and built an entire fanbase all its own.

BRING ON THE BATMAN In Gotham, a metropolis where shadows run long and deep, lives The Batman. He’s in his mid-twenties and just finding his way as protector, defender and Caped Crusader, while maintaining his public persona as billionaire bachelor Bruce Wayne. This animated series picks up a few years after the conclusion of the theatrical film, Batman Begins. This younger Batman confronts updated versions of familiar foes, meeting each member of his classic Rogues’ Gallery for the first time. With the likes of Joker, Penguin, Catwoman, Mr. Freeze, Riddler and Man-Bat, among others, the Dark Knight takes his war on crime to the next level, employing a new arsenal of experimental Bat-gadgets and amped-up Batmobile, all operated and linked by an advanced remote-controlled invention he dubs the “BatWave.” Join the most complex and intriguing character in comic book history for action-packed super heroic adventures that test the limits of this legendary character’s extraordinary physical prowess and super-sleuthing skills.

Warner Brothers includes a digital code for the entire series in the package, and includes a number of special features, including the new feature “The Dark Dynasty Continues,” which explores the series and its characters.

THE BATMAN is on Blu-ray as of March 1st! 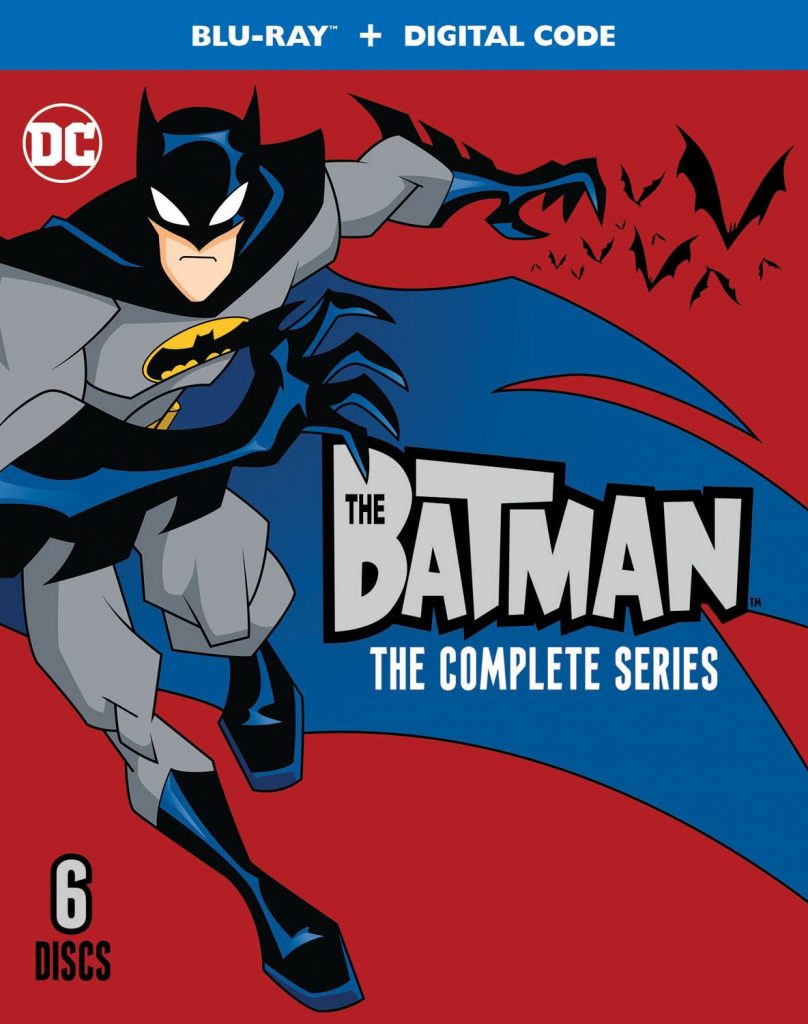