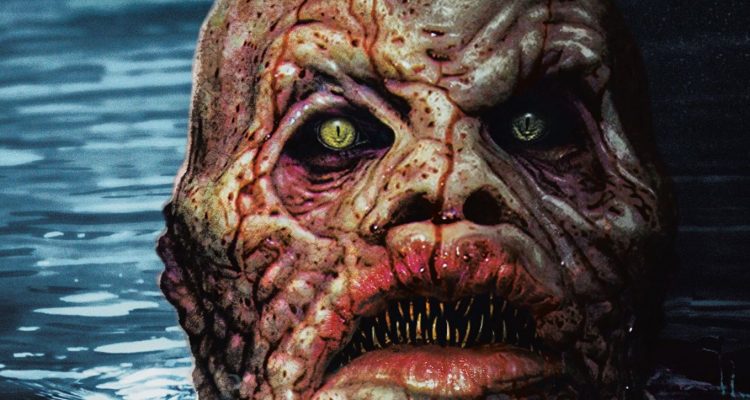 There’s never a real palpable sense of danger to The Barge People, and even though it tries ending itself on a grim, nihilistic edge it can’t muster the sand to weight itself in true horror.

A group of friends sets off for a relaxing weekend away on the canals of the glorious British countryside, unaware of the flesh-eating mutants lurking in the water…ready and waiting to feed.

Two young British couples rent a barge and drift down the canals in the remote countryside, hoping for a little relaxation. They piss off a couple of local ruffians and retreat to a backwoods pub in the middle of the night, where they get drunk on bootleg liquor. Bad idea. Too drunk or drugged to defend themselves, they run afoul of the local ruffians, but what’s worse is that they get attacked and abducted by chemical waste amphibian mutant humans who prey on passerby and feed on their flesh. It appears that there’s an entire family of these mutants living out in the caves or in some subterranean canals, and their generations of carnage are suddenly interrupted by these young people who seem to be the first folks they’ve ever encountered that fight back.

A cool synthesizer theme overplays in the opening credits that had me excited for a minute, but as soon as the characters are introduced I knew the movie was in trouble. Filmmaker Charlie Steeds (director / producer / editor) seems to know what sort of movie he wants to make, with his inspirations stemming from (perhaps) Raw Meat, Creep, and The Hills Have Eyes, but his abilities as a director greatly falter when trying to build suspense and empathy around his characters, who never quite have the timing they should when reacting to killer mutants who invade their space. Characters hesitate when they should spring into action, and run into peril like idiots. Sometimes even the mutants act like guys you see at theme parks with masks on trying to scare the tourists without touching them. There’s never a real palpable sense of danger to The Barge People, and even though it tries ending itself on a grim, nihilistic edge it can’t muster the sand to weight itself in true horror. It’s a failure on quite a few levels, but I can certainly see what Steeds was hoping to achieve.

The Barge People will be available on VOD, Digital HD, DVD, and Blu-Ray on August 18th from RLJE Films. 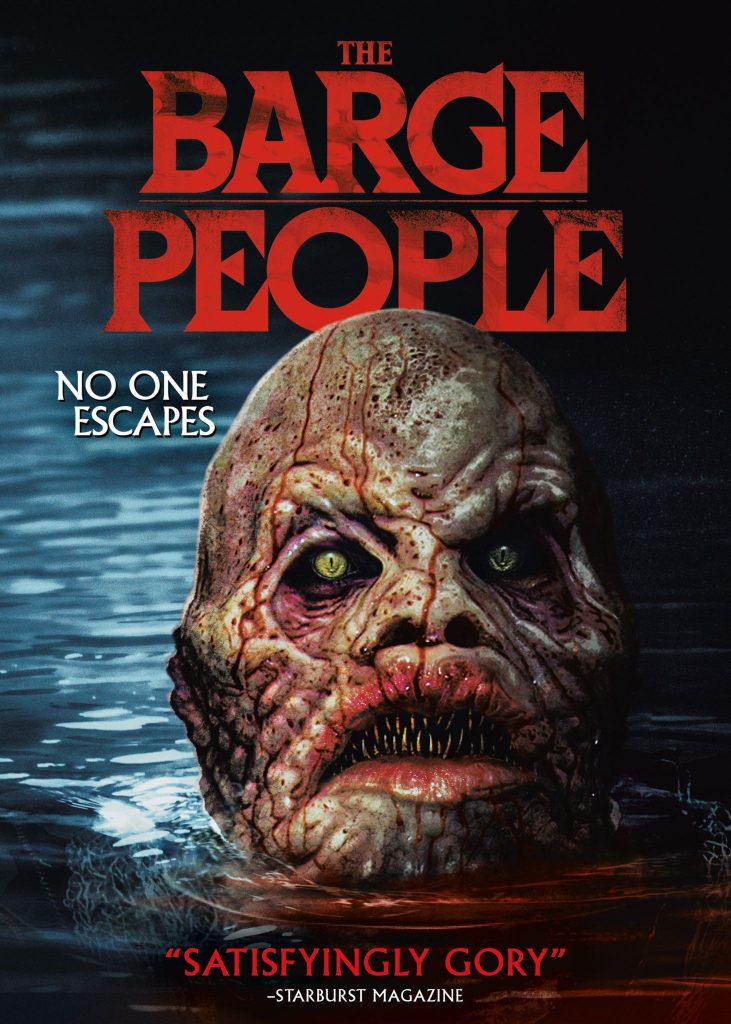