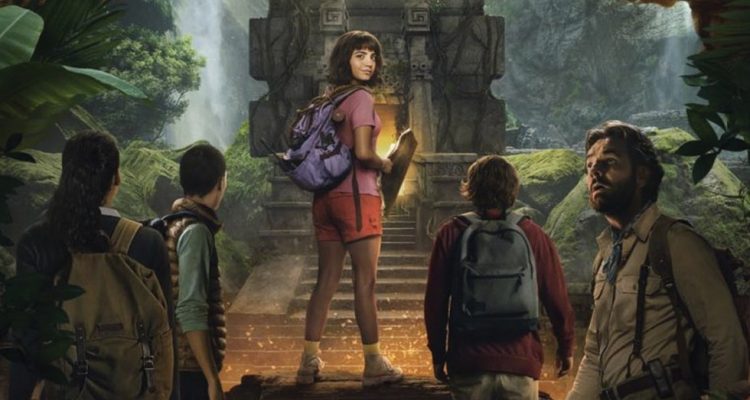 A beloved childhood classic that the entire family can enjoy.

Plot: After spending most of her childhood exploring the jungle with her parents, Dora (Isabela Moner) is off to face what may be her biggest adventure yet: high school. However, Dora is never too far from the jungle. When she is suddenly thrust into another adventure, it’s up to her and her friends to save her parents and solve the mystery behind a lost civilization.

Review: There has been an onslaught of live action remakes in Hollywood that has made me a bit weary. After hearing about the possibility of Dora the Explorer getting the live-action treatment, at first I was skeptical. Though, in the first ten minutes of the film, director James Bobin quickly establishes the tone of the movie and you realize just how fun this ride is going to be.

With the film being set during Dora’s teenage years, you have to wonder just how Bobin will address the beloved animated show; well what I can say is that this movie most definitely addresses its television origins—unafraid of poking fun at itself. Here, Dora’s breaking of the fourth wall is very apparent, yet this film recognizes just how smart audiences are and is very aware that not every Dora fan is a kid anymore.

Isabela Moner is definitely one to watch. I’ve been a fan since her role as the rebellious foster kid in Instant Family (2018), and her performance as Dora is just as magnetic. Moner’s presence is commanding and vulnerable, expertly balancing Dora’s childlike innocence with all the struggles that come with being a teenager.

What felt a bit out of place to me was the CGI animals. With the story having an explanation for nearly every extraordinary circumstance, Swiper the thieving fox and Dora’s adorable monkey companion Boots really had no purpose being in the film—except as characters reprising their animated roles. In a movie filled with magical realism, Swiper and Boots simply had no significance to the story, which hampered down the emotional connection to the rest of the characters.

Overall, Dora and the Lost City of Gold had a little bit of something for the whole family – adventure, action, comedy, drama, and even a splash of romance. Though there were some elements that felt too forced and out of place, this film is great fun for the family.