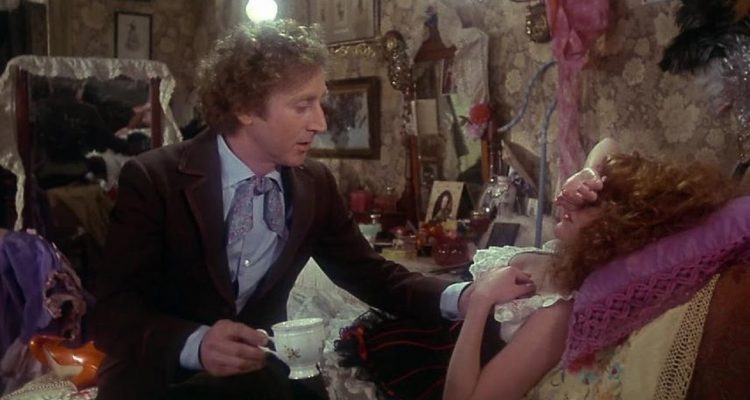 Wilder never disappoints so the film is massively entertaining but the audio commentary from Wilder is worth the price of the Blu-ray alone.

Synopsis: The younger brother of the consulting detective tries to steal Sherlock’s glory by solving an important case assisted by an eccentric Scotland Yard detective and a lovely but suspicious actress.

Review: After decades of being mistaken for his infamous brother Sherlock, detective Sigerson Holmes (Gene Wilder who also wrote and directed) snags a case that seemingly goes in circles. He’s hired by a floozy singer named Jenny Hill (played by the hilarious Madeline Khan) to retrieve an incriminating letter, but after her constant lies and deceptions nearly gets them both killed on several occasions, he relies on his sheer ineptitude and alarmingly good luck to crack a case involving blackmail and intrigue, perpetrated by the dastardly villain Moriarty (played by the inimitable Leo McKern). Along with his bug-eyed sidekick Orville (Marty Feldman), Sigerson swashbuckles, sings, and dances his way to a hilarious conclusion where anything goes … including his pants!

The late great Gene Wilder will always be known as Willy Wonka and Young Frankenstein, but he made some other fun movies along the way, this one included. His timing with co-star Khan is impeccable, and his support from other cast mates such as Dom DeLuise (who turns in a genius comedic performance) elevate this silly caper to an “A” level. Wilder was a lovable presence on screen, and the real gem of this one is seeing him spar with Khan in their many scenes together.

Kino Lorber has ironically just released two new Blu-rays starring Gene Wilder: Haunted Honeymoon and The Adventure of Sherlock Holmes’ Smarter Brother, and the latter film includes a poignant audio commentary with Wilder, who reflects that if he’d tried to get the film made at the time of the recording that he’d be turned away because it wouldn’t be “edgy” enough. Wilder’s commentary is a gem and worth the price of the disc itself, but if you’re a fan of his or of the Mel Brooks-type comedies from that era, you’ll want to pick these two releases up. What better a time is there to catch up with Wilder’s films than now that he’s gone?