A decent 007 riff, with its own spin on the genre, and Williamson more than delivers on the action front. He kicks, he chops, he runs, and shoots, and romances. It’s got everything.

A badass secret agent transports a suitcase of counterfeit cash, and gets in all kinds of trouble.

A defining moment for star Fred Williamson, That Man Bolt showcases him as a James Bond-type agent / mercenary named Jefferson Bolt, a world traveled adventurer with martial arts skills, a suave sense of style, and a man of pithy comebacks and one-liners. It starts with him incarcerated in Hong Kong where he’s recruited by a British agent who has a job for him: Transport a suitcase of supposedly counterfeit cash to Mexico City. He takes the job and is forthwith released from prison, and in no time he’s neck deep in danger and intrigue. Men are chasing him, women are falling for him, and even his most trusted colleague is working against him. Who can do such a job? That man Bolt!

Fans of Williamson will most likely hold this film in high regard, shoulders above many of his other pictures. If Williamson is an action star generally unfamiliar to you, this is a wonderful place to start. He had Universal behind him with this one, and the production values are solid, giving audiences the most bang for its buck. It’s a decent 007 riff, with its own spin on the genre, and Williamson more than delivers on the action front. He kicks, he chops, he runs, and shoots, and romances. It’s got everything. It was directed by Henry Levin and David Lowell Rich.

Kino Lorber will soon be releasing a new Blu-ray edition of That Man Bolt in a few weeks, and it comes in a sharp and clear new 2K master, far surpassing the old DVD from Universal I’ve owned for years. There’s a new interview with Williamson, and the trailer. Dig it! 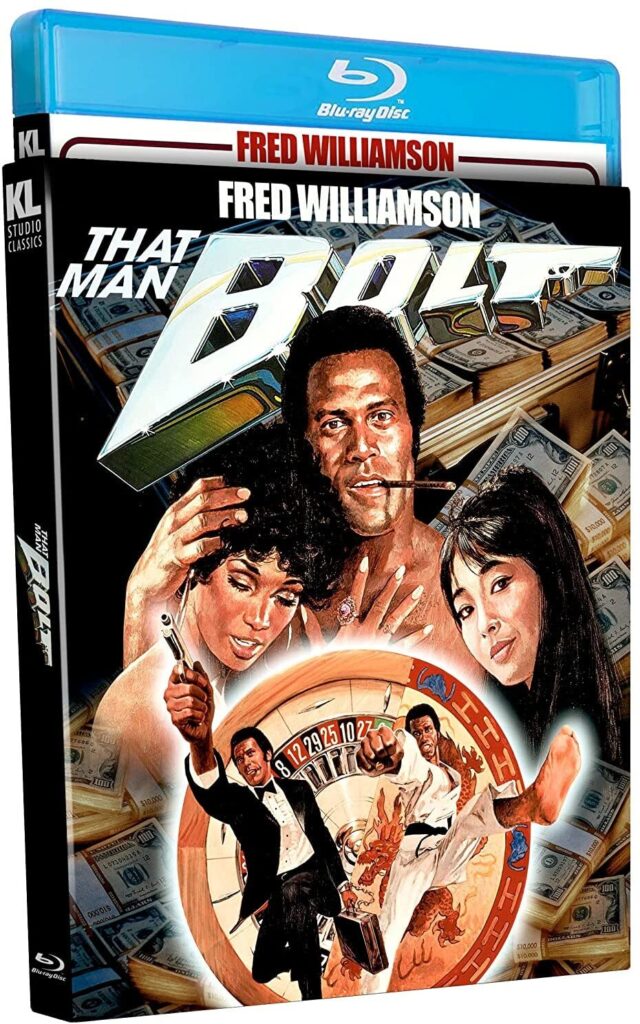