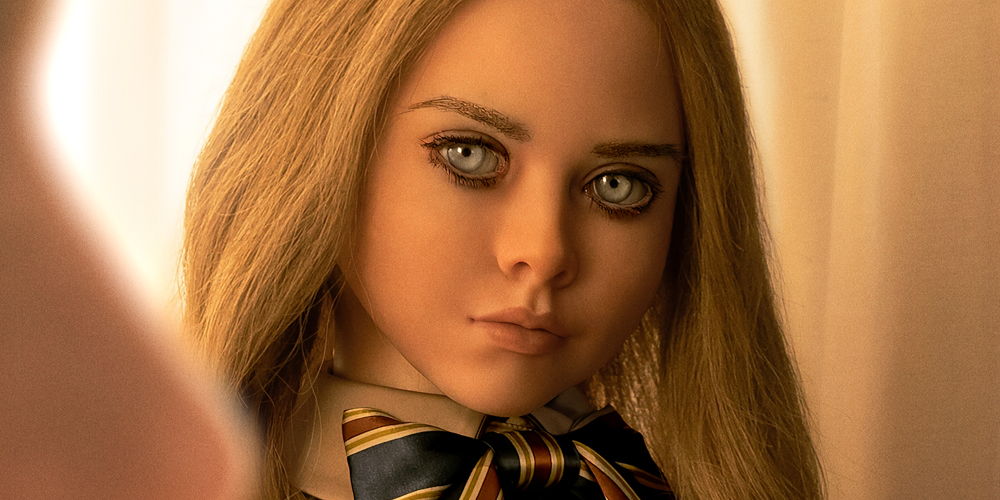 M3GAN is a lot of fun and the doll itself is suitably creepy but the PG-13 rating and slow first half means it feels like a missed opportunity; here’s hoping we get an Unrated Cut down the line.

Plot: M3GAN is a marvel of artificial intelligence, a lifelike doll that’s programmed to be a child’s greatest companion and a parent’s greatest ally. Designed by Gemma, a brilliant roboticist, M3GAN can listen, watch and learn as it plays the role of friend and teacher, playmate and protector. When Gemma becomes the unexpected caretaker of her 8-year-old niece, she decides to give the girl an M3GAN prototype, a decision that leads to unimaginable consequences.

Review: I’ve always loved movies about killer dolls and to this day no one has taken the crown from Chucky who remains the absolute King. M3GAN has been much hyped and is particularly similar to the remake of Child’s Play with Chucky having A.I. that gets a bit too clever… and murderous for its own good. I’ve been looking forward to seeing M3GAN but due to health reasons wasn’t able to get to the cinema but thankfully it came out on Digital this week so I could watch it in the comfort of my own home.

I’ll be honest and say I was a little disappointed with it; it is a fun time but the pacing in the first half meanders a bit too slowly and the PG-13 rating means the kills happen off screen so there is no gore or nudity. It also isn’t remotely scary but the final 20 minutes are when things get interesting.

I think the problem is I saw the majority of the best scenes in the trailers so there were no surprises; the foreshadowing earlier on was painfully obvious too so the finale was predictable. I hope the DVD/Blu-ray release gives us an Unrated cut as the initial version was meant to be R which a slasher movie really needs to be to be effective.

The performances all round were impressive with Allison Williams feeling believable as Gemma whose world is turned upside down when her sister is killed in a car accident and she agrees to look after their daughter Cady (Violet McGraw). Gemma and Cady struggle to bond but when Gemma creates M3GAN as a new friend the young girl comes out of her shell, but it doesn’t take long for the A.I. controlled robot to go full-on Terminator when she sees any potential threat to Gemma.

I like that it’s not just a straightforward slasher and is an exploration of grief and coping with it which feels fresh and adds a little emotional heft to proceedings.

The ending obviously opens things up for Megan 2.0 which as we all know is coming in 2025 but here’s hoping it has more teeth on it and gives us some more brutal kills.

Overall, M3GAN is a fun introduction to horror for younger audiences but if you’ve seen as many horror movies as I have over the years it does feel rather tame and doesn’t really stand out; Chucky is still the best in the business.