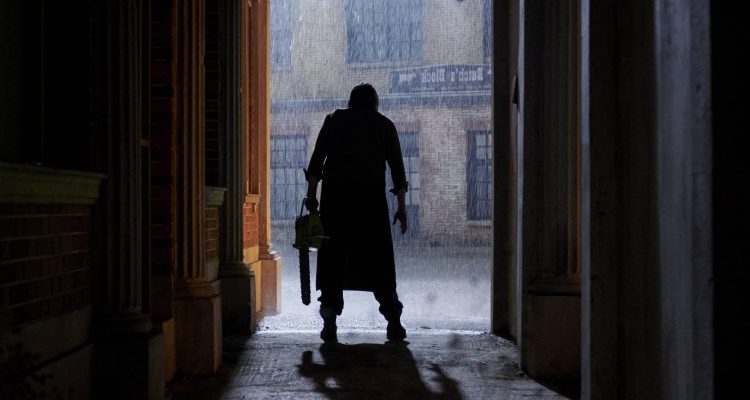 If like me you enjoy your horror movies explicitly gory then Texas Chainsaw Massacre will be right up your street; the bus sequence is the scene to beat for me this year. None of the characters stand out and it doesn’t feel anything like the original but for a straight up killfest this delivers the goods.

Plot: After nearly 50 years of hiding, Leatherface returns to terrorize a group of idealistic young friends who accidentally disrupt his carefully shielded world in a remote Texas town.

Review: I remember seeing the original Texas Chainsaw Massacre when it was eventually released in the cinema in the 90’s; it was banned in the UK for years as it was seen as one of the “Video Nasties” as they were called so I was expecting it to be gruesome and disturbing. I remember finding it rather tedious at the time unsure what the fuss was about (I was young and naïve) but as I grew older I learned to appreciate it more and it has since become one of my top horror movies.

It isn’t especially gory but the final 30 or so minutes are incredibly intense and the low budget gives it more of a documentary feel adding to the sense of realism. I had low expectations for this latest entry in the (maybe unnecessary) franchise but I ended up thoroughly enjoying it as it delivered on the bloodshed and gore I had expected with the original movie. I can find something to enjoy in all the TCM movies as being the sicko that I am I just love the idea of a chainsaw wielding psycho.

The characters in this entry are all one note and utterly forgettable merely fodder to be destroyed by Leatherface’s chainsaw and that’s all I wanted; this movie has one of my favourite scenes of the entire franchise and that of course is the bus sequence. As someone who loved Halloween Kills this feels similar in terms of tone where our protagonist/antagonist just goes on one of the wildest killing sprees ever committed to film. It doesn’t bear any relation to the original movie (despite the return of the Sally Hardesty character) but I was quite happy with what we got as I had low expectations going in.

Like the recent Halloween movies where Laurie Strode has become a Sarah Connor style badass Hardesty is now following suit even if she doesn’t last that long or kick much ass. She comes into town guns blazing wanting revenge on Leatherface for what was done to her and her friends all those years before but he never feels like the same Leatherface as the first movie. Purists will likely hate this movie and I do get that as this just goes straight for the jugular (literally) with no holds barred kills and little else.

There are of course little Easter eggs and references to the original movie which are always fun to look out for so keep your eyes open for them.

Overall, Texas Chainsaw Massacre delivers on its title with some hilariously violent kills and the bus sequence is one of my favourites in a modern horror movie. If like me you are just looking for a splatterfest then this will deliver the goods. If you’re looking for characters to care about then maybe look elsewhere.