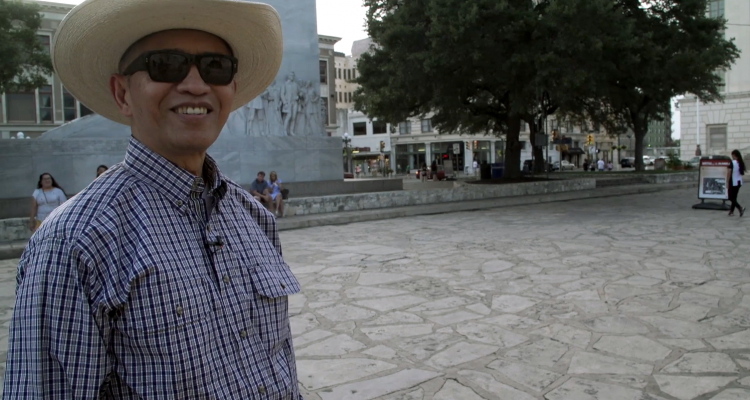 Paul Allen Hunton is the award-winning filmmaker behind the new doc Narratives of Modern Genocide. Available now on DVD and Digital from Passion River Films, the pic challenges the audience to experience first-person accounts of survivors of genocide. Sichan Siv and Gilbert Tuhabonye share how they escaped the killing fields of Cambodia, and the massacre of school children in Burundi. Mixing haunting animation, and expert context the film confronts our notion that the holocaust was the last genocide.

For the unversed, could you surmise this gripping documentary?

The film, Narratives of Modern Genocide, tells the story of genocide survivors in the modern era. We at times forget that although the world wanted to end genocide after the Holocaust, genocides continue to happen around the world. The main stories are Sichan Siv, and Gilbert Tuhabonye. Ambassador Siv was born in Cambodia and escaped the Cambodian genocide and the Khmer Rouge. He then came to America and got a degree at Columbia, fell in love with American politics and volunteered for HW Bush. When W Bush won he was appointed as the ambassador to the UN. Gilbert escaped the Burundi genocide and always dreamed of being a runner in America. He came to the USA was a national record holder in track in the NCAA and now is a motivational speaker and running coach in Austin. The film also mixes in the story of how modern genocide happens and what we can do to stop it.

How did the doc change, if at all, during development?

We originally wanted to tell 3 different stories but we felt that just the two were needed to really bring home the power of the narrative and show the world how these things happen.

I imagine research is the most important element in putting together a film like this?

Yes, lots of research, we worked with the Baylor Genocide Oral History project and our producer, Dr. Aliza Wong, also helped in this.

When did you first meet Sichan Siv and Gilbert Tuhabonye?

I met them on the day I interviewed them which is always a challenge. But both were very nice and open and willing to share their stories. One of the coolest things was going on volunteer parking duty with Ambassador Siv in San Antonio and Gilbert at the high school he coaches at. We talked to kids and co-workers who added some humor.

Was there anything they weren’t prepared to discuss on camera?

No. They both have shared their stories in hope that people learn and grow from them, so at this point they are open books. I did try to dive a bit more into their backgrounds and histories and ask questions about their lives beyond just the history in genocide.

Can you envision some sort of sequel to the film down the track?

I can, genocide doesn’t seem to be something we discuss as a species often and I unfortunately imagine we’ll have many stories worth telling for years to come.