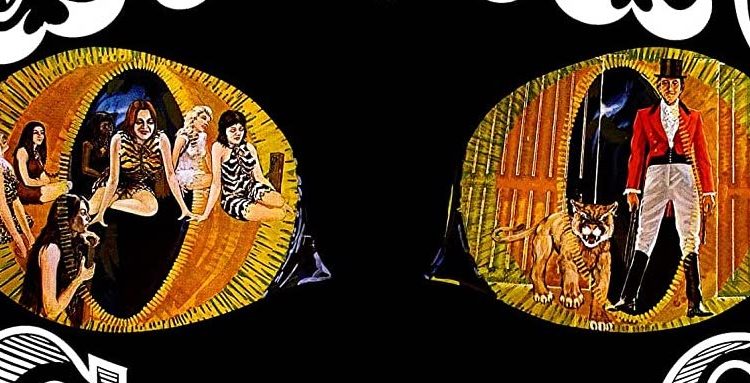 The film barely had a script, and you can tell, but for being a trashy grindhouse experience, the movie succeeds on those terms. It leaves a weird, uncomfortable impression, despite all its shortcomings.

Some young women driving through the desert are captured by a maniac and waylaid in his “terror circus.”

A group of attractive young women – including a celebrity – pick up a female hitchhiker and their car breaks down in the middle of nowhere in the desert. When they wake up the next morning in their car, a handsome guy (played by Andrew Prine) startles them all and invites them to follow him to his house (bad idea), and as soon as they get there, he imprisons them all in his barn where a bunch of other women are bound and shackled to the floor. This is his terror circus! He whips them and makes them dance around in circles, and if they misbehave he douses them with blood and lets them run free in the desert, and then unleashes his pet cougar on them. He also has a mutant brother shacked up in an outhouse on the grounds, and where the cougar fails, the mutant succeeds! The maniac fixates on one of the women, thinking that she’s his long-lost mother, leading to weird delusions and an awkward dynamic between captor and prisoner. Turns out that the area was once a nuclear testing site, and the maniac’s parents succumbed to radiation sickness and disease. Meanwhile, the celebrity’s agent retraces his client’s steps through the area, calling upon the clueless sheriff to help him find his missing client and her friends. There will be a showdown!

Before there was The Hills Have Eyes, there was Terror Circus, from future art house filmmaker Alan Rudolph. The film is janky to its bones, with skeezy nude scenes, a leering, screeching maniac, and strange, windy scenes of not a lot going on. The terror circus itself is nothing outstanding, and when the crazy guy insists that he’s going to create a reptile lady by having a bunch of snakes dumped on a screaming woman, you wonder how exactly that’s going to transpire. The film barely had a script, and you can tell, but for being a trashy grindhouse experience, the movie succeeds on those terms. It leaves a weird, uncomfortable impression, despite all its shortcomings.

Code Red has just released a Blu-ray edition of Terror Circus, and it comes with a set of new interviews with the cast and crew. This is also the best the film has ever looked on home video. 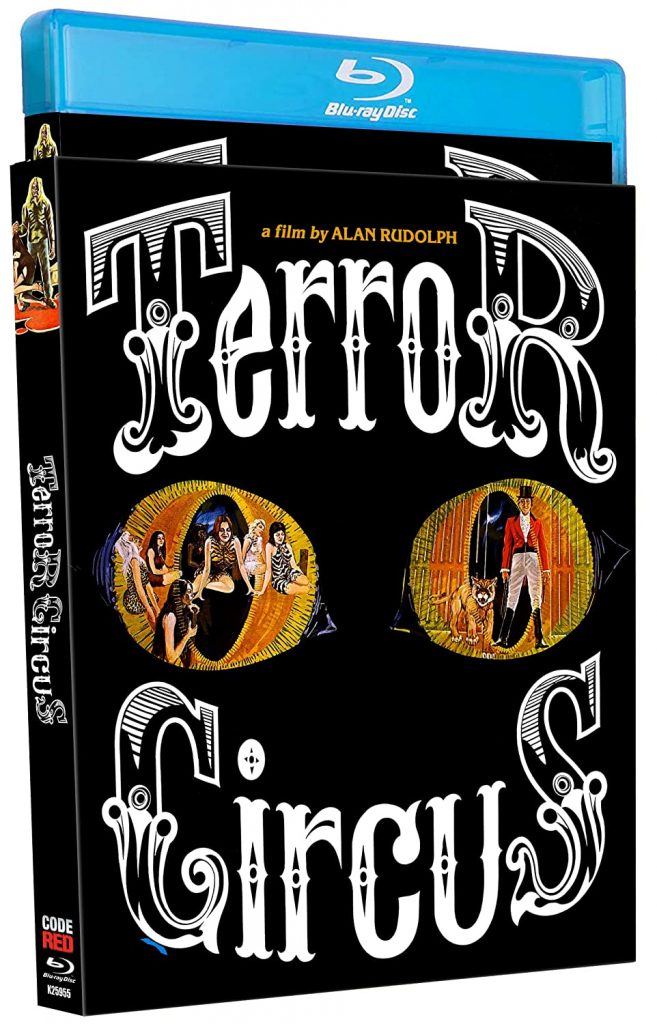