A quaint made-for-television creature feature with a thriller vibe, Tarantulas: The Deadly Cargo doesn’t quite have the intensity of similar films like Ants! or Terror Out of the Sky, but it moves along at a leisurely enough pace and is never boring.

Two American pilots (played by Tom Atkins and Howard Hesseman) load up a huge ton of coffee beans in Ecuador, hoping to smuggle them into the USA for a quick buck, not realizing that the entire cargo is infested with huge tarantulas! During the trip back home, the spiders bite and kill the crew in the cargo hold, slowly making their way forward to the cockpit, and when the pilots are eventually attacked, they crash the plane somewhere in the middle of a small town in America. Authorities in the town (Pat Hingle plays the surly sheriff) scramble to piece together what happened, but the deadly spiders have already escaped the plane and begin infesting the town! Within a day or two, victims begin piling up at the hospital and the morgue with small bites on their bodies (one pretty girl is barefoot at the park when she’s bitten), and the folks in town are too slow to realize what’s happening. Meanwhile, the town is depending on a huge crop of oranges to be harvested and sold in order to keep the town’s meager economy going, but the deadly tarantulas totally infest the crop, putting the whole town in peril. Once everyone realizes what’s been going on, they have to and together to kill the spiders and save the crop before it’s too late!

A quaint made-for-television creature feature with a thriller vibe, Tarantulas: The Deadly Cargo doesn’t quite have the intensity of similar films like Ants! or Terror Out of the Sky, but it moves along at a leisurely enough pace and is never boring. The cast is full of good character actors, but the horror element is so sleight that sometimes you forget you’re watching a movie about giant spiders. I never felt creeped out by the creatures the way I did in Ants!, but fans of these competently made insect movies should enjoy this for what it sets out to achieve. From director Stuart Hagmann.

Kino Lorber’s recent Blu-ray release of Tarantulas looks really vivid in a 2K master, and the disc comes with a new audio commentary by three film historians, plus a new piece of artwork and a slipcover. 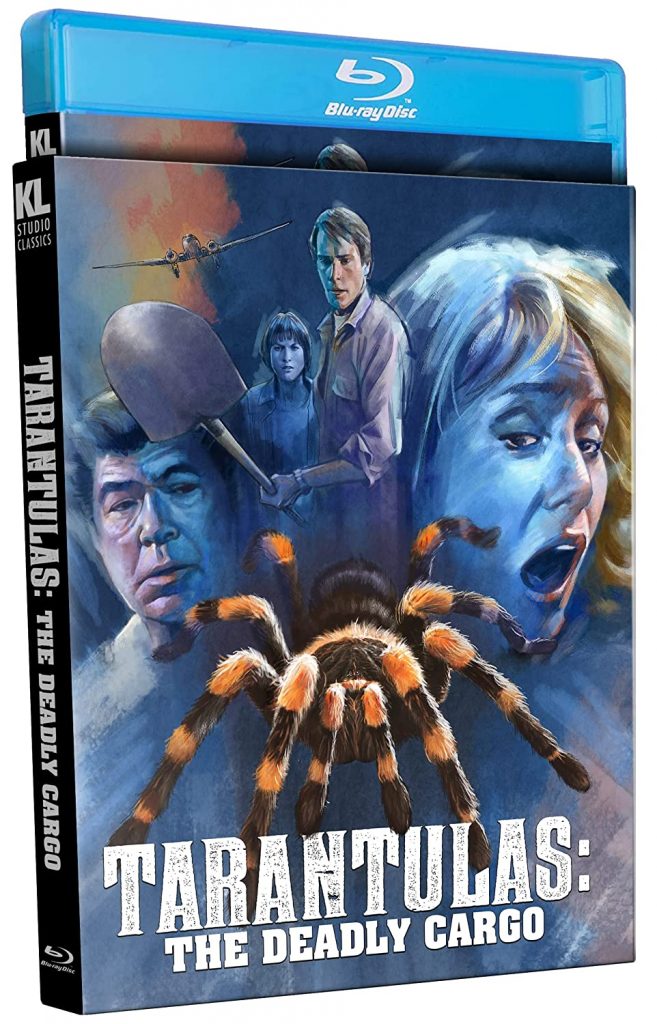