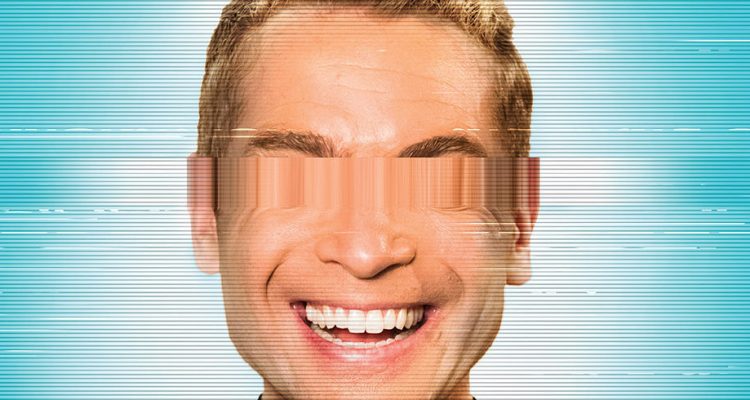 Survival Skills is a one-of-a-kind movie that is certainly experimental, but it doesn’t work as a comedy, a drama, or even as irony.

A police training video follows a rookie cop’s first few days on the job and goes off the rails.

A man at a desk (Stacy Keach) gleefully informs us that he has a safety training video to show us about a rookie cop named Jim (Vayu O’Donnell) who is a virtual robotic alien empty vessel yearning to be filled with experience and knowledge and all the skills and smarts he’ll need to become a great policeman. We watch in mystified wonder how Jim lives his life: His girlfriend is like a Stepford wife who exists only to serve, and Jim always has a perpetual smile on his face, and he’s like a puppy being led to the slaughter as he takes on a seasoned partner and begins answering calls. His first call is a domestic violence disturbance, and it shakes Jim up and he has no idea how to deal with the situation. Later, he is told he has to interrogate an abused teenager, and he listens and takes notes on the girl’s shocking confession. The confession causes him to have a mental breakdown, and Jim’s reality of innocence begins to shatter. The narrator (Keach at the desk) tells us that Jim has a lot of work to do to become a peacekeeper, but we watch as Jim slowly becomes a hardened, but scared man who only sees black and white in terms of good and bad, and the film ends with him killing an abusive husband and father, which turns him into … what? I have no idea.

Survival Skills is a one-of-a-kind movie that is certainly experimental, but it doesn’t work as a comedy, a drama, or even as irony. It’s creepy to the max, and is unsettling from its first frames onward. It could have teetered into farce like Police Academy or something, but it treats the Jim character like Starman or the Kpax alien (other characters call him Robocop), and so the movie feels weirdly artificial and forced, which seems like a mistake. I have no idea what the writer / director Quinn Armstrong was going for other than a mood, and if he was going for chilling and strange, he certainly achieved that, but to what end? There’s not really a story because the movie treats its hero as a paste-on sticker rather than a person. It’s such a bizarre viewing experience, but who needed it, especially in this turbulent time where law enforcement is in the forefront of virtually every news story and trial of the moment?

The DVD includes a handful of bonus features, including trailing videos, a feature on how the filmmakers achieved the VHS look, and a trailer. The film is in the 1:33:1 aspect ratio. 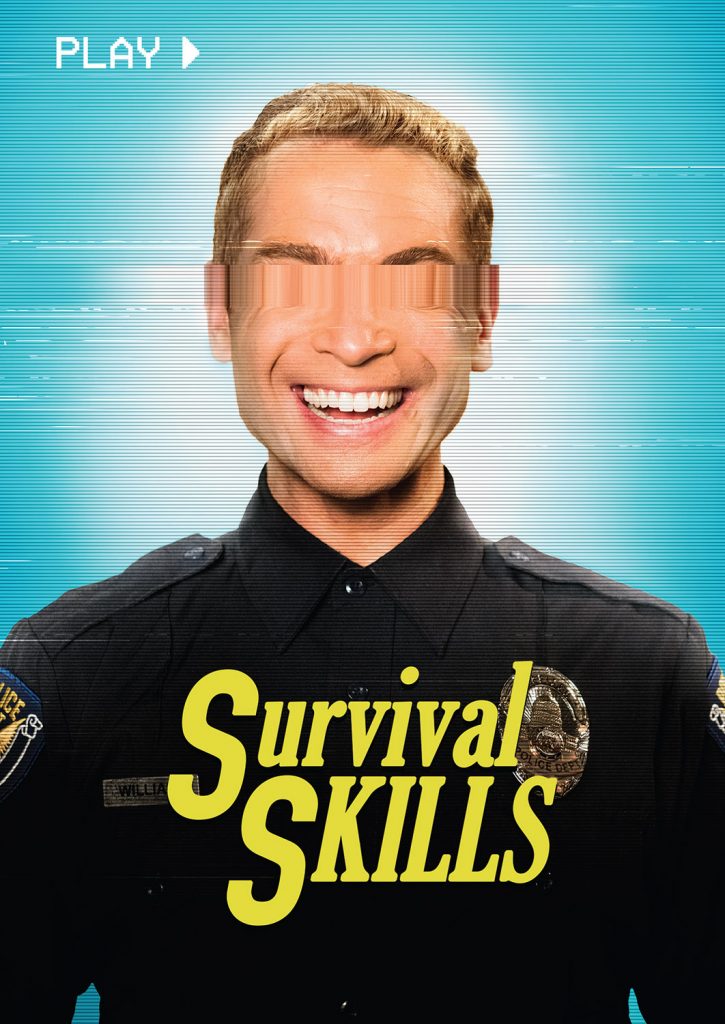