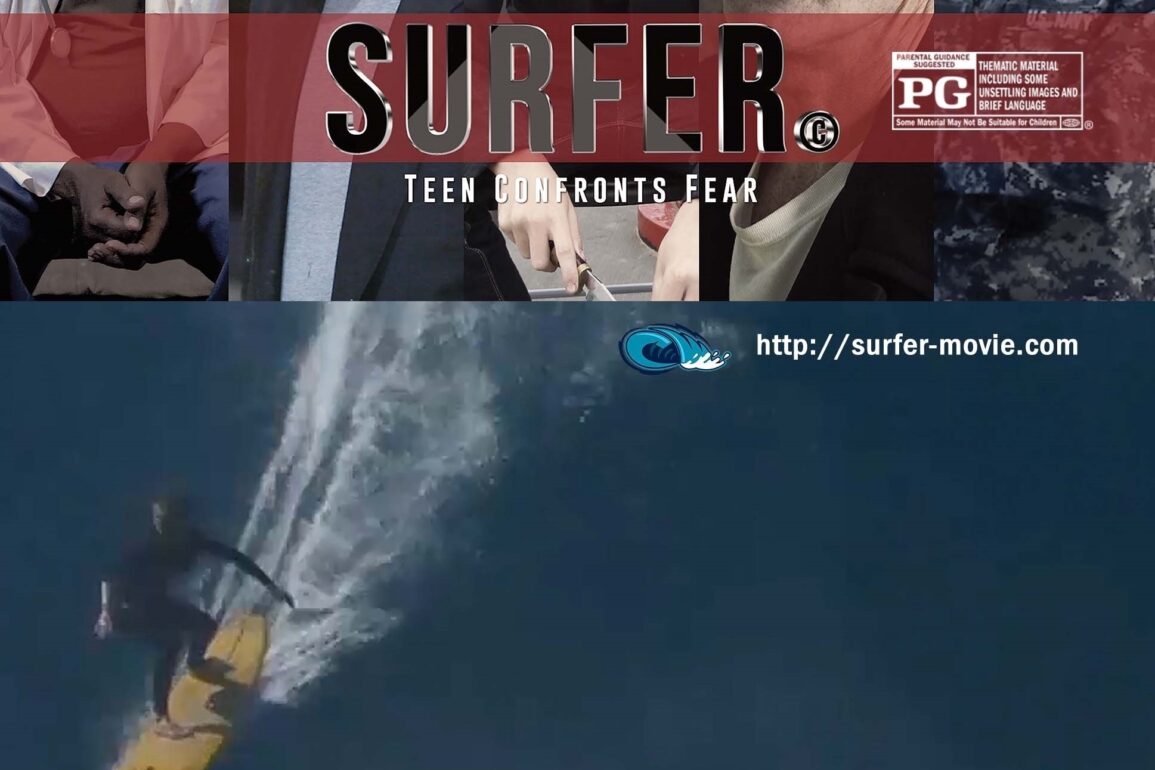 “I am living in an iron maiden of pain, boy!”

The above quote, pulled directly from the movie, sums up how audiences may react to this cinematic experience.  And what an experience it is.  When you have a movie that in no way falls anywhere near any “good/quality” spectrum, it usually falls under 1 of 3 distinct categories from there:

1. A movie with several goofs or issues, where audiences, likely of a college age, going to laugh at it but then get bored

2. A director trying way too hard to be “so bad it’s good” without putting in the passion and nuances that make a movie such a thing, and

3. The rarest of these approaches, something that might in fact end up “so bad it’s good” but is in no way intentional, keeps the audience glued to the screen from the front to back of its running time, and thus actually does its job better as a movie than maybe a good 80 percent of theatrical releases

Such is the case in Douglas Burke’s Surfer: Teen Confronts Fear, and if you haven’t guessed it, this movie falls under the third category.  Two things need to be made clear at the outset here: the first being that this is NOT a good movie, but the second being that this absolutely counts as must-see cinema.  This 2018 film can be described as both an achievement and a debacle, and both descriptions would be correct.  Apparently filmed over the course of a decade, Surfer is a “faith based” movie starring Burke’s son Sage as the movie’s namesake, a teenage boy relegating himself to the shores for some casual fishing, rather than taking to the waves, after a near death experience while engaging in big wave surfing.  His father (Douglas Burke) returns to help him overcome his fears in some kind of spirit/corporeal form combination, which can be a little confusing to grasp and the movie’s story does very little to help in explaining.  A VERY long story made short, he instructs his son to seek out an old doctor friend of his (Gerald James) who can assist in some way, with some twists that pale in comparison to the performances themselves in blowing the audience’s minds, with some occasional footage of Sage doing some real big wave surfing thrown in between.

The end result of Surfer has dimensions within dimensions.  Like Ed Wood’s 1953 cult classic Glen or Glenda, the audience may have to do the occasional double take in determining this movie’s true intentions and whether or not this whole thing is supposed to be serious or facetious in some way.  Nearly all of the first act is comprised of what looks to be a single, continuous scene in which Burke explains the physical and the metaphysical to Sage, save for a quick flashback to what looks to be footage from a decade ago, as well as footage of the two standing and talking near a dead whale, suddenly wearing jackets.  The movie makes about as much sense as that all may sound.  Douglas Burke’s acting and delivery are manic to the point of frightening, more like a lengthy tirade rather than words of wisdom, almost as if someone were to take leave from a psych ward for one day to perform in a stage play.  The footage of Sage surfing demonstrates that he is a phenomenal surfing talent, but comes off as incredibly wooden and reading off of a sheet of paper when it comes to acting.  The sequencing of scenes and the messages conveyed in them, when applicable (never in this movie), have very little rhyme or reason to them, nor relevance to the story at hand, much less in terms of anything based on “faith” in this case.  Even the Gerald James character acts very inappropriately multiple times within mere minutes of his introduction, with the background setting feeling just as inappropriate as a visual.  Why is there a doctor reaching over and touching a patient’s hair?  Why are they suddenly standing in front of a beached whale?  What happened to their jackets?  Why is this part suddenly in black and white?  Why is there suddenly a character – never before and never again seen throughout the movie – talking about white blood cells?  Adding all of this up at face value, this entire production is about as incoherent as anything you will ever see in your entire life.

But all of what has just been described is where the aforementioned Category 3 comes in and, much like a Category 3 hurricane, you will know when it hits.  It must be mentioned once again: this is must-see cinema.  If this were simply made as a run of the mill, vanilla highlight reel of Sage Burke’s surfing ability, it would pass on its own as something that might be featured on Red Bull TV.  But here, the audience is still given that, while also being given a real treat in this valiant attempt at filmmaking that manages to do something which few blockbuster movies or even Academy Award nominees do successfully: create something unforgettable.  For every line that may make you cringe, every sudden head-scratching transition and laugh-inducing exchange, it is easy to come to realize that you will never, ever forget Surfer: Teen Confronts Fear.  Gilbert Gottfried, Rhonda Shear or Joe Bob Briggs would be proud, and that’s even without any monsters, murdered sorority girls or gratuitous nudity.  If you must see one movie in 2018, you will never forget Surfer: Teen Confronts Fear, and that is a guarantee.

Written and directed by Douglas Burke. 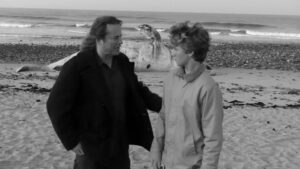 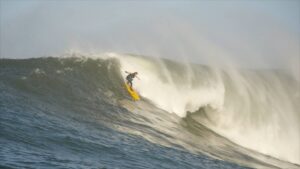