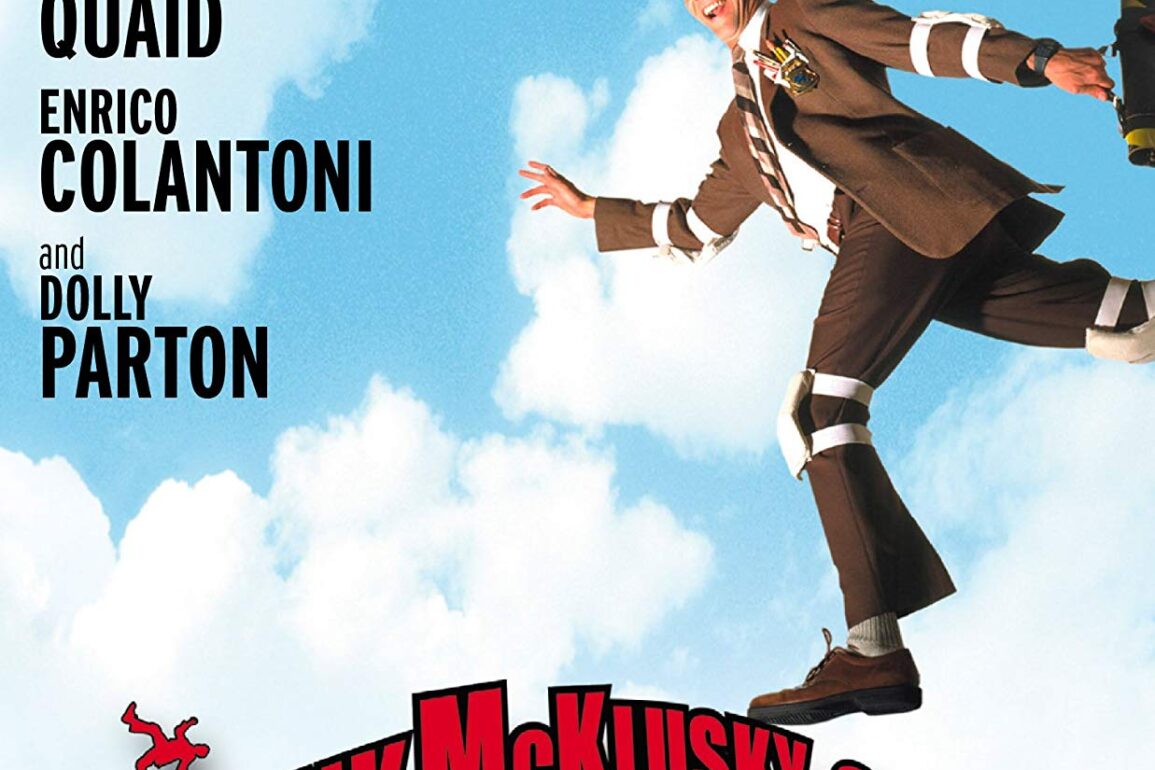 I have absolutely no idea why or how this movie was able to get pushed through from inception to completion. It. Is. Not. Funny. At. All.

Review: Oh, gosh. Sometimes you receive a movie that’s so bad, you feel a little bad writing a review for it. Frank McKlusky, C.I. is such a movie. Made on the cusp of when Jim Carrey was still a box office champ, it desperately tries to make a Jim Carrey-type movie without Jim Carrey, and tries to fill his shoes with a comedian / physical performer nowhere near in his class by the name of Dave Sheridan. It’s unfortunate that Sheridan had a starring vehicle so inept and so incredibly bereft of inspiration … who knows what this guy might have gone on to become in movies if he’d been allowed to be nothing like Jim Carrey. In this movie, he plays a grown man brought up to bear safety in mind at all times (he wakes up in protective gear every morning, thanks to his overbearing mom, played by Dolly Parton), and goes to work at an insurance office where he gets on cases that force him to investigate the possibility of false claims. He runs afoul of a cretin in a wheelchair (played by Enrico Colantoni), who goes to Hanson concerts and revels that he gets to rock out in the best seat in the house – on his wheelchair in the front row. Frank, the safety freak, must go undercover as a handicapped guy, a female gymnast, and various other disguises to get to the bottom of this guy’s claims. He falls, he causes falls, and he head-slappingly gets his man.

I have absolutely no idea why or how this movie was able to get pushed through from inception to completion. It. Is. Not. Funny. At. All. It’s a complete waste of time in every regard. The jokes fall flat, the gags are moronic, and the timing of every single scene is off. Sheridan conceived the story, so perhaps much of the blame is his. Arlene Sanford directed.

Kino Lorber’s new Blu-ray comes without special features. Strange that they would go out of their way to release this turkey.