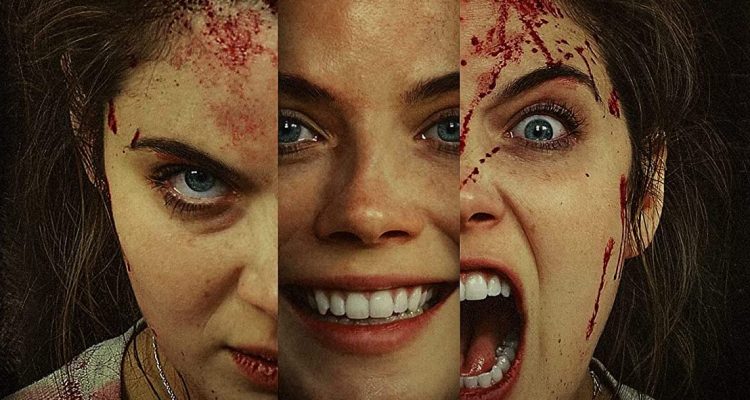 Superhost loses way too much ground to be any kind of a success as either a thriller or a horror movie.

A vlogger couple stays at a house in the woods, owned by a “superhost” lady who turns out to be completely out of her mind and dangerous.

Self-absorbed couple Claire (Sara Canning) and Teddy (Osric Chau) try making a living at vlogging their experiences at staying at homes across the state and writing reviews of their experiences, but with their “likes” and subscribers dwindling at record speed, they need a real winner of an experience to entice their viewership back where it needs to be. They rent a house in the woods, and when they arrive, they love the house, but the “superhost” is a real piece of work. Rebecca (Gracie Gillam), their host, is unhinged, and anyone can see it with her Joker / Harley Quinn grin and jarring timing with her lack of social graces, and instead of running for the hills Claire and Teddy agree that this is exactly what their viewership needs: a complete whacko. Things get bad real quick: Rebecca has bugged the entire house and uses cameras (which Claire and Teddy see and realize, but decide to navigate around, instead of GETTING THE HELL OUT OF THERE), and when Claire and Teddy continue to dig their heels in with their experience despite every reason not to and leave, they find themselves in Rebecca’s crosshairs when they figure out that the house isn’t actually hers, but belongs to an old couple, whom she’s killed and hidden in the woods. What follows is a head-slapper of a thriller … Claire and Teddy, the complete idiots that they are, won’t be writing that review after all.

An okay concept with one good performance from Gillam who made me laugh with her obviously deranged delivery is completely undone no thanks to a boneheaded script by director Brandon Christensen and dumber than dirt characters who might as well have offered themselves to be slaughtered at the beginning of the movie rather than drag things out into more than 80 minutes. When the inevitable stalk and kill chase begins towards the end of the movie, you’d think the potential victims would try fighting back, but no: they run, they cower, they give up and make one stupid decision after another until it’s too late for them. The Rebecca character, as fun and spastic as she is, is obviously insane (duh!) and dangerous, and why anyone would tempt their fate with her around (and watching you in the house! hello?!) deserves some punishment, and so Superhost loses way too much ground to be any kind of a success as either a thriller or a horror movie. It also insinuates some weird supernatural element (the first time we see Rebecca in the woods at night, her eyes glow like a demon’s) that never really pays off, so where does that leave the viewer? Stranded, adrift, and unsatisfied. Unsubscribe!

Superhost is now on Blu-ray from RLJE Films, and the disc comes with a director’s commentary, a behind the scenes feature, bloopers, a visual effects feature, a photo gallery, and more. 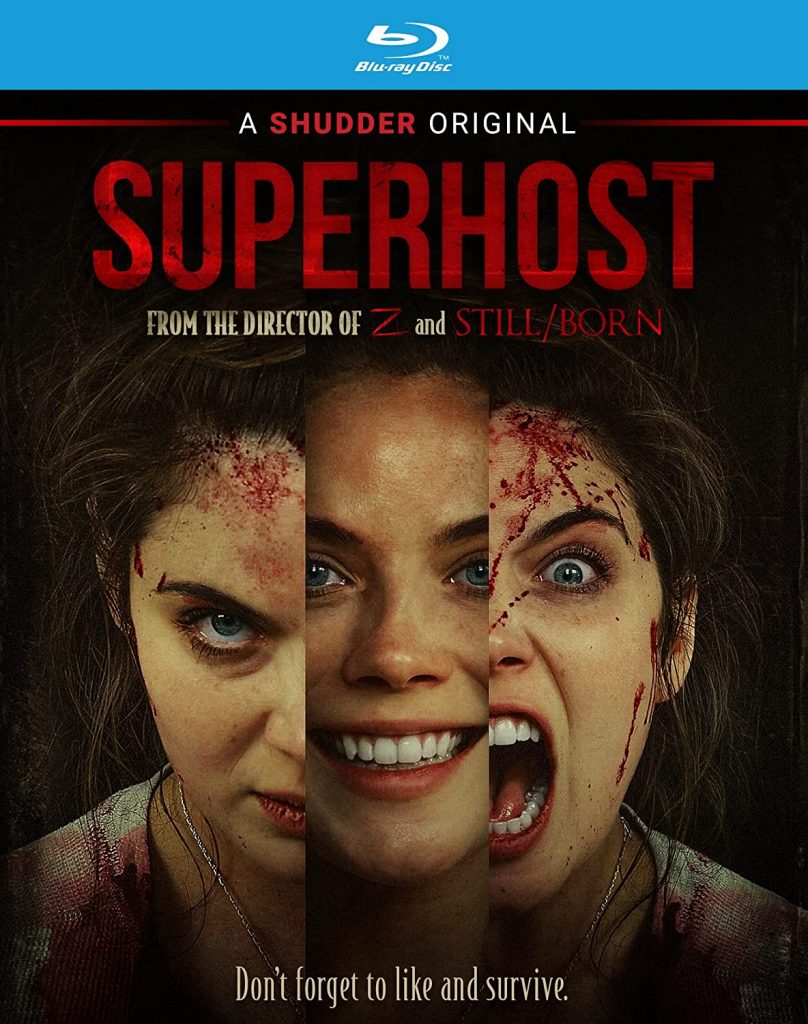