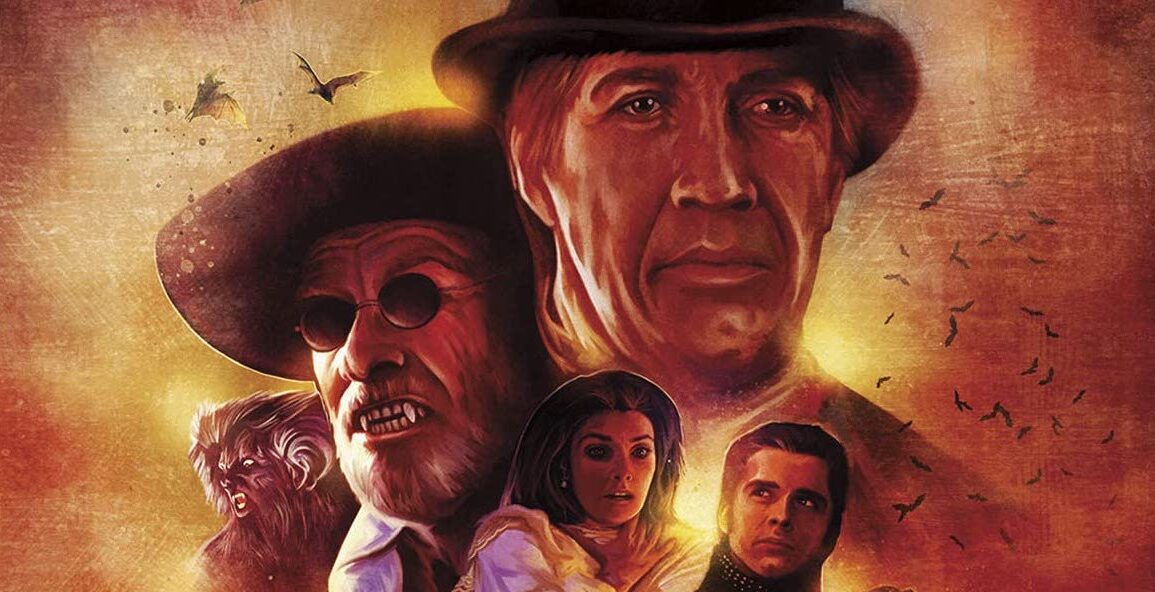 A true cult classic, Sundown: The Vampire in Retreat is a quirky and fun genre film that nicely blends horror and comedy, and with some entertaining performances from some great character actors, the movie is consistently engaging.

Two opposing vampire clans clash for supremacy in Purgatory, a tiny little town in the desert where vampires have lived mostly peaceful lives for many years.

A synthetic blood plant has taken over the copper mill in a little desert town called Purgatory, which is way off the beaten path. The town has no human residents, and the owner of the entire town is Count Mardulak (David Carradine), a seemingly benevolent vampire who sees a peaceful future for vampires where they’ll never need to kill another human for food ever again. The vampire residents in town pretends on a daily basis to put up a good old fashioned human front for the occasional passerby (some vampires hang out all day at the diner, staring down at rotting hamburgers), which has gotten on the last nerve of Mardulak’s second-in-command, an ancient creature named Jefferson (John Ireland) who has secretly been forming a vast army of the undead in a cave, waiting for the day that he’ll declare war on Mardulak for supremacy over the town. In the mix are a human scientist named David (Jim Metzler) and his wife (Morgan Brittany) and two kids, who come to town because he’s been offered a job to work at the blood plant to perfect the synthetic blood formula. When David’s old nemesis (and vampire in town) Shane (Maxwell Caulfield) sets eyes on David’s wife, Shane makes it his mission to literally steal and rape and / or turn David’s wife into a vampire. Also in the periphery is the last descendant of Van Helsing (hilariously played by Bruce Campbell) and the pretty vampire he sort of falls in love with in town (played by Deborah Foreman). When Jefferson seizes on his moment to lay siege to Mardulak’s compound, the biggest war Purgatory has ever seen will commence!

A true cult classic, Sundown: The Vampire in Retreat is a quirky and fun genre film that nicely blends horror and comedy, and with some entertaining performances from some great character actors, the movie is consistently engaging. With a great score by Christopher Stone and solid creature effects, the movie is a sure thing for fans of horror films, and it’s exactly the sort of film Fangoria magazine was invented for. Released at the height of the VHS era (from Vestron, no less), the movie is such a good time that it’s easily worth a revisit. From stalwart genre director Anthony Hickox (who also co-wrote with John Burgess).

Lionsgate has just released Sundown on Blu-ray for the first time as part of their “Vestron Video Collector’s Series” (#21 on the spine), and it’s never looked better. Filled with special features, such as a commentary by Hickox and the DOP, plus the isolated score with audio interviews and on-camera interviews (all from the previous DVD release) with Carradine, Campbell, and more, the disc also has the trailer and a still gallery. 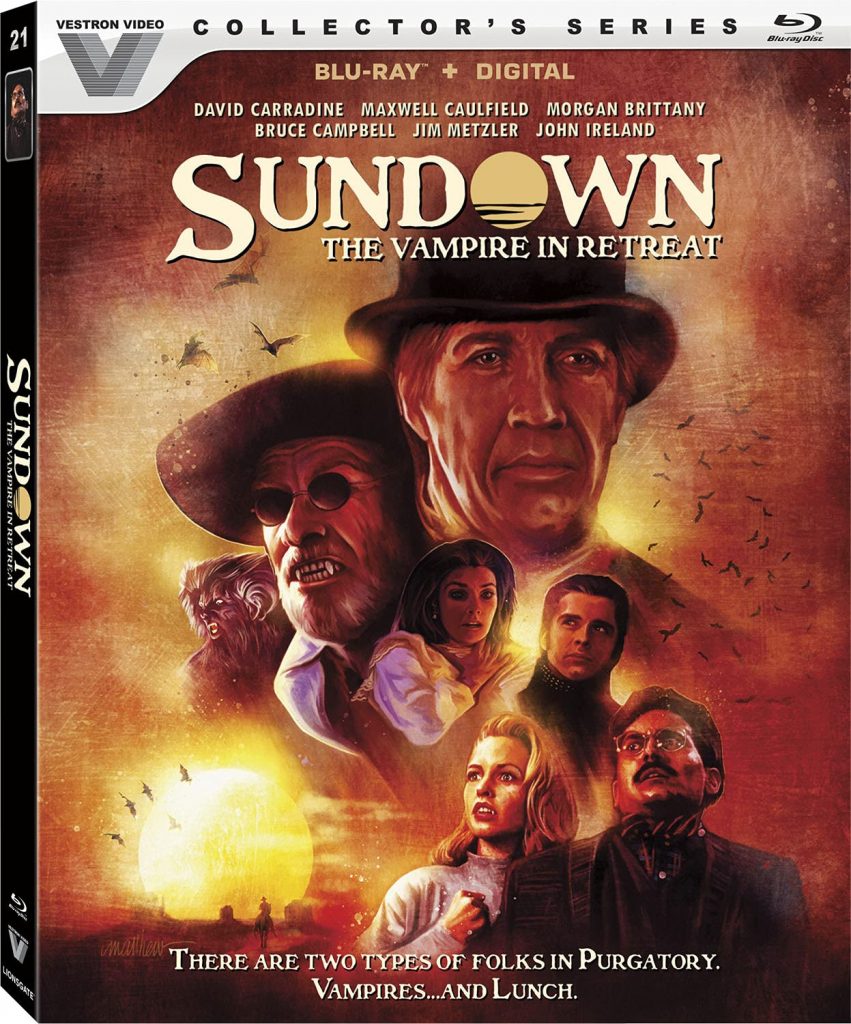