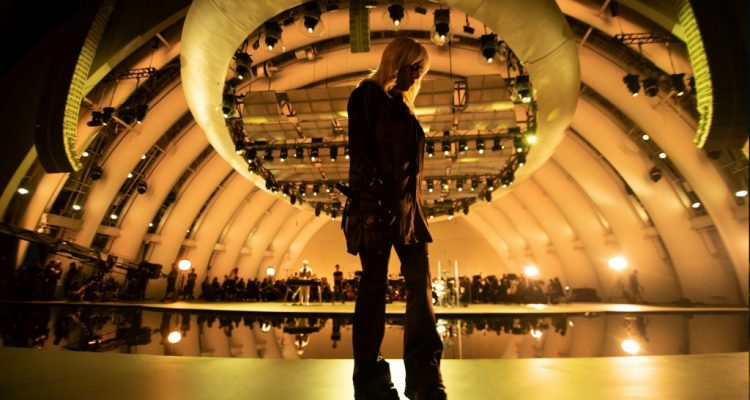 Happier Than Ever: A Love Letter to Los Angeles (2021) Review

“Happier Than Ever: A Love Letter to Los Angeles” accomplishes exactly what it’s intended to do – giving viewers a glimpse into Eilish’s album through an immersive, visual medium.

Plot: Grammy Award-winning singer Billie Eilish takes audiences through an ethereal, yet intimate journey of her newest album, “Happier Than Ever”, with every song performed at the famous Hollywood Bowl.

Review: Coming off her latest album release, Eilish takes it a step further with this cinematic concert experience.

As one who’s never been to Los Angeles before, this movie does a great job weaving parts of Eilish’s hometown with her performances, minus the Hollywood cliché. What we see more of in this film is L.A. in the dark: the dreaming, sleepless, reflective L.A. that Eilish lives in and sings through – an amalgamation of “Happier Than Ever” in all its fantastical glory.

Unsurprisingly, it’s Eilish’s songs that command the narrative. The warm lights and animated cut scenes work incredibly well with every track, not once diverting attention away from her voice. Eilish’s signature swagger and sound is very much present in the film, its visual elements also adding to this dream-like setting.

Having not been to a concert in what seems like forever, this cinematic concert experience definitely felt like I was enjoying a live performance in the comfort of my own home.

“Happier Than Ever: A Love Letter to Los Angeles” premieres this Friday on Disney+.