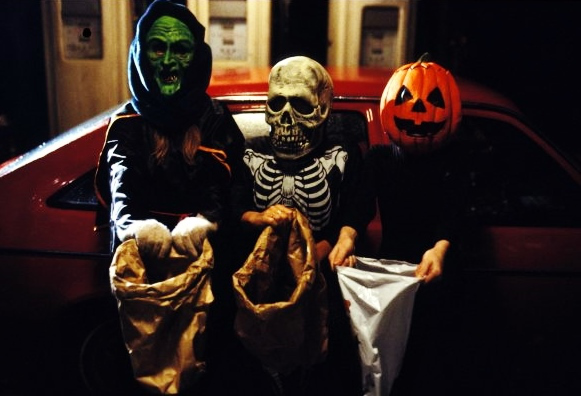 Sue Me! I Love Halloween III: Season of the Witch

In case you’ve never been on The Action Elite ‘Sue Me!’ is a blog I do where I stand up for a movie that is hated by most or was considered a failure either critically or commercially.

So this is my first (but not last) Sue Me! for The Movie Elite.

Halloween III may not star Michael Myers and they probably should have just called it Season of the Witch but it is arguably the best sequel in the series; that’s right, I said it.

At the time it was critically reviled and didn’t make much of an impact at the box office either. Everyone wanted to see Michael but it wasn’t meant to be.

Over the years though people have made their piece with Part III and it’s become a bit of a cult classic and I’ve seen many other film sites recently praise it.

The story itself is rather horrifying and is about a Hospital emergency room Doctor (Tom Atkins) who uncovers a terrible plot by small-town mask maker Conal Cochran (Dan O’Herlihy), a madman who’s planning a Halloween mass murder utilizing an ancient Celtic ritual. The ritual involves a boulder stolen from Stonehenge, the use of Silver Shamrock masks and a triggering device contained in a television commercial — all designed to kill millions of children.

It’s still a pretty messed up story to this day with an ending that will leave you dumbstruck at how ballsy it was. Let’s not forget THAT music.

Anyway, Tom Atkins is a genre staple and would star in many of John Carpenter’s movies like The Fog, Escape from New York and more. He always brings a sense of realism to his characters and feels like an everyman we can root for. In this we think he will end up saving the day at the last minute… but nay instead Cochran’s plan goes off thus exploding the heads of a lot of children.

The film has a creepy atmosphere from beginning to end with a few gory kills throughout; there is a sense of dread as you know something bad will happen but you aren’t quite sure what. I watched it recently and it’s just as enjoyable after all these years so I think if you haven’t watch it you should don your favourite mask and watch it tonight and hope your head doesn’t explode; it is Halloween after all.