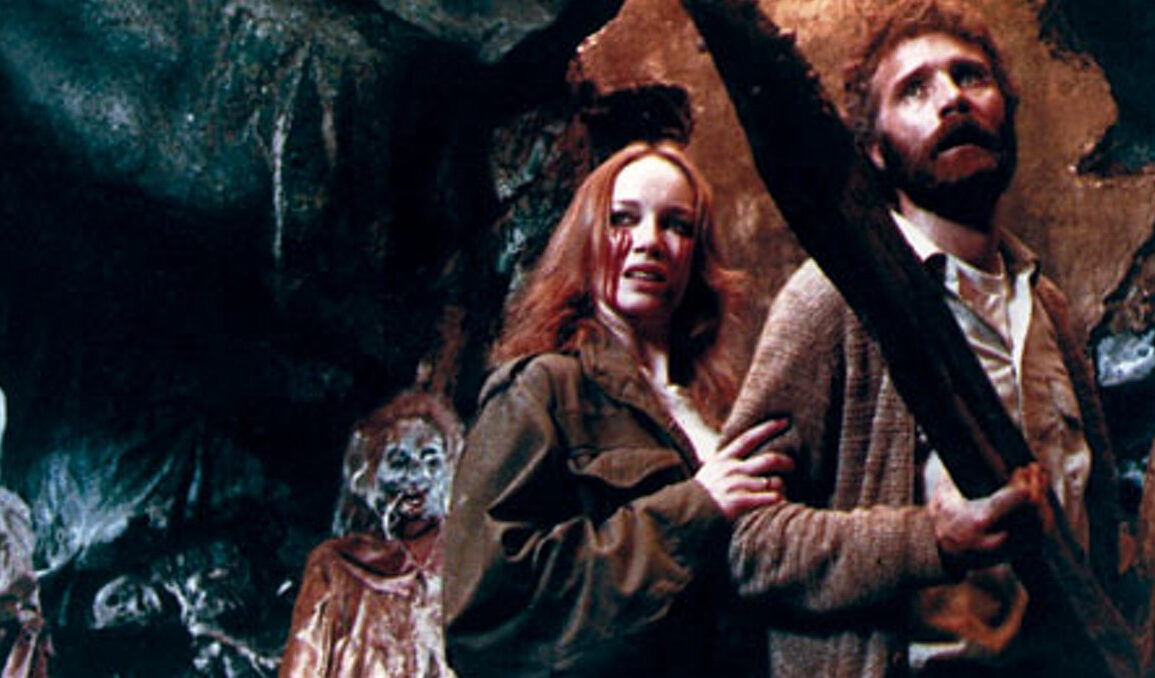 Fulci’s finest hour with plenty of gore and a constant atmosphere of dread.

Plot: A reporter and a psychic race to close the Gates of Hell after the suicide of a clergyman caused them to open, allowing the dead to rise from the grave.

Review: A priest hangs himself in a cemetery in the small town of Dunwich, setting the stage for the apocalypse, as his blasphemous death opened the seven gates of hell. A New York reporter named Peter (Christopher George) is in town, investigating the strange death of a psychic named Mary (Catriona MacColl), who died during a séance, and while visiting her grave as she’s being buried, he hears her screams from her coffin, and saves her life before she’s buried alive! Revived from the dead, Mary has visions of the apocalypse, and she seems to foresee the end of all things, and so with Peter and another man – a psychiatrist named Gerry (Carlo De Mejo) – they try to stop the end of the world before All Saints Day when the dead will crawl out of their graves and eat the flesh of the living.

One of Lucio Fulci’s horror masterpieces (I think it’s better than his best known work Zombie), City of the Living Dead is a true frightfest with gore galore. Its inventive gore set pieces (one is a scene where a woman vomits her guts out, another has a guy getting drilled in the head) are enough to make this a cult classic, but Fulci’s mastery with mood, lighting, and dread are fully prevalent in this shocker. Added to the fact that Gino De Rossi’s make-up effects are stellar and Fabio Frizzi’s score sets the tone, and you’ve got a keeper here.

Blue Underground’s Blu-ray of City of the Living Dead has been in circulation for a little while now, but it’s a noted upgrade from the old Anchor Bay DVD, and with bonus features such as “The Making of City of the Living Dead,” and other on-camera interviews and collectors and fans of the genre should get their fill. Blue Underground’s high definition transfer is outstanding.