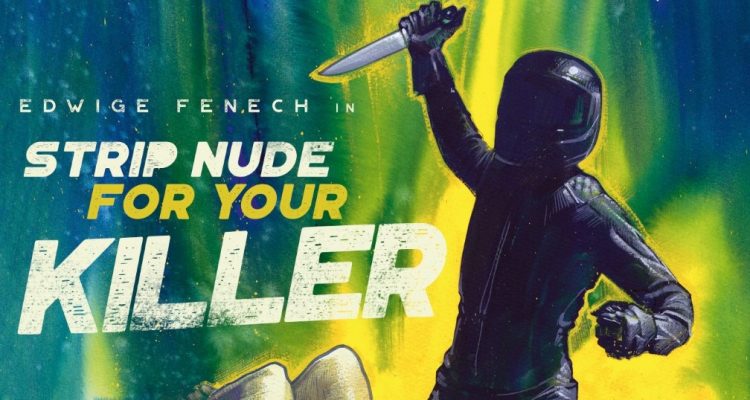 Strip Nude for Your Killer is sure to appease fans of Italian stalker / slasher films of the ’70s, while also hitting the bull’s eye for fans of exploitation films.

Review: An illegal abortion procedure (the first scene of the movie: I was not expecting that!) goes wrong, and the patient dies of a heart attack. The doctor and a masked accomplice dispose of the woman’s body, leading to detectives determining that the woman’s death was a homicide. The woman was a fashion model, and her associates at a fashion company begin dying in horrific ways (usually stabbed to death while in the nude). The killer wears a motorcycle riding outfit and helmet, and chooses his / her victims according to their periphery of the first murder. A beautiful new model is killed. A fat lecherous creep photographer’s husband is stabbed to death. Other victims are chosen and left for detectives to investigate. The suspects are few: Is it a jealous model? One of the photographers? The head of the company? Or is it an outsider, looking in?

Strip Nude For Your Killer is a mega sexualized giallo thriller, with more graphic nudity and sex scenes than others of its ilk. Every few minutes there’s more nudity, topped off by a kill scene. At times, the film feels like a scuzzy softcore porn thriller. The film is sure to appease fans of Italian stalker / slasher films of the ’70s, while also hitting the bull’s eye for fans of exploitation films. After awhile I stopped caring who the killer was and what the motivation was, but the naked flesh and sleazy atmosphere permeates the proceedings, so there’s that. From director Andrea Bianchi, this one isn’t the best of its kind, but it’s worth a gander if you have a giallo itch to scratch.

Arrow’s new Blu-ray release of this title is nicely presented in a 2K transfer. There’s a bunch of bonus features, including a new audio commentary, a new video essay, archival interviews, plus alternate versions of the opening sequence, and more. 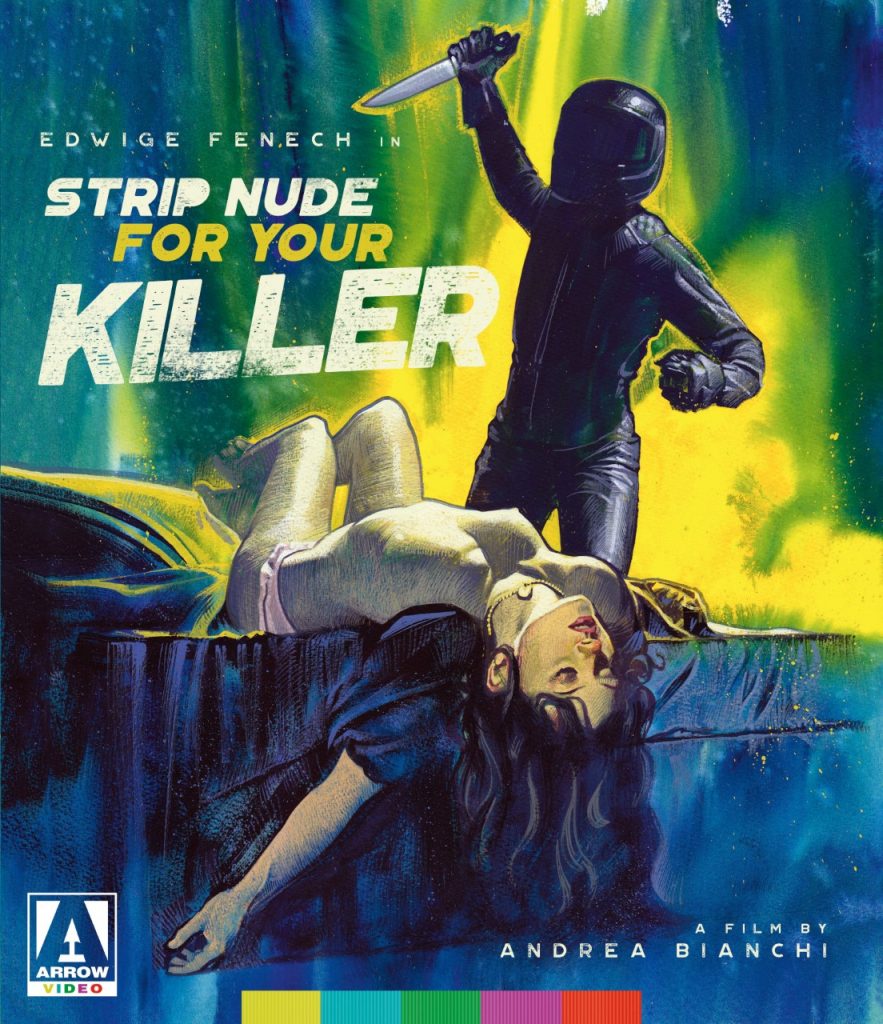