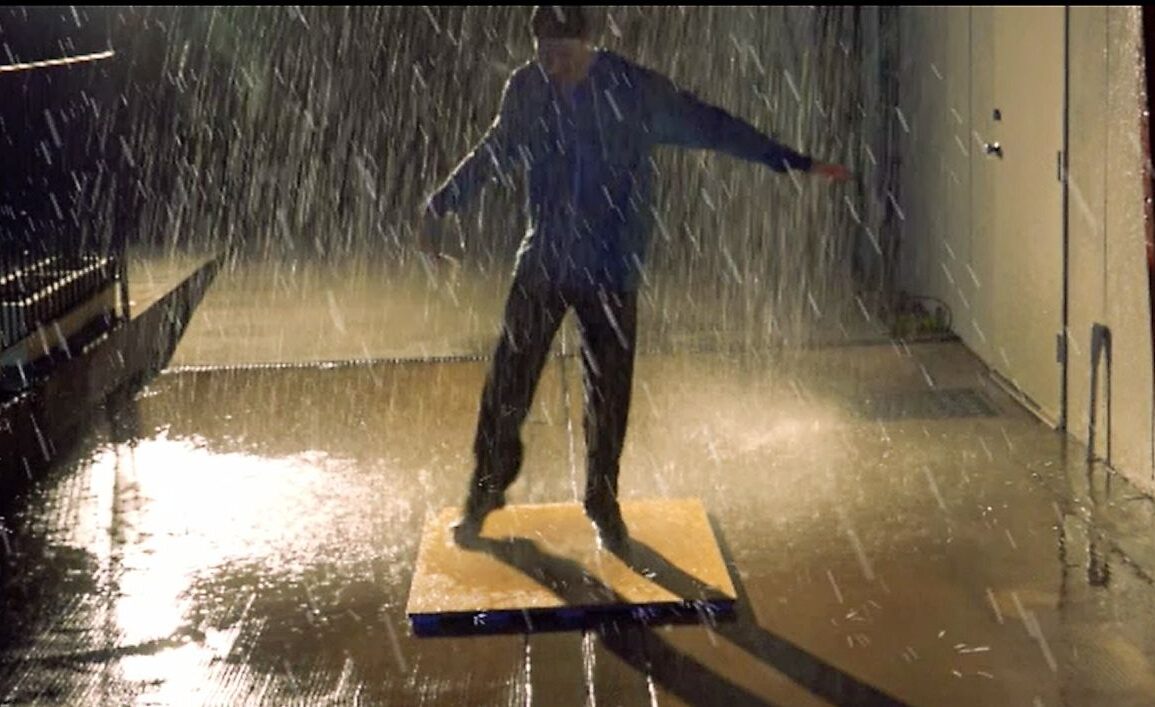 Stephen Kogon learnt how to become a proficient tap dancer in just two years for his latest film, as the Dance Baby Dance star tells us in this exclusive interview.

When did your tap career, kick off?

A: Hi, I learned how to tap dance for this film and started the learning process in early 2014. Since we didn’t film until March 2016, that allowed me to practice for two years. And I genuinely fell in love with it. I’ve since met so many tap dancers on this journey, and most started when they were 6 or 7 years old. I envy them.

And why tap? What was it about tap dancing that made you want to make a movie around it?

A:  The idea to make the character a tap dancer came mostly out of left field. I often walk at the beach, listening to music, to clear my head. And I happened to be listening to a lot of old school soul at the time (Sam & Dave, Gladys Knight & the Pips, the Jackson 5) and for some reason, I just started seeing myself tap dancing to these songs (even though I’d never tap danced before in my life). And it made me smile. And I couldn’t stop smiling – and that’s when the idea for the character and story came about.

I can’t remember the last tap movie – can you? Was it the Gregory Hines movie?

A: The last tap feature that I know of was actually an Australian film from 2000 called “Bootmen”. I believe the only one before that was the Gregory Hines film, “Tap,” which came out in 1989. Unless you want to count animation and the tap dancing penguins in “Happy Feet,” from 2006. And a fun fact (for me, at least) is the actor who played Hector the dance studio owner in my film (Carlos Alazraqui) was one of the voice over actors in “Happy Feet”… There have also been documentaries made like “Tap World” which came out in 2015 I believe.

How did you entice Beverley Mitchell into the movie?

A: We sent her reps the script and she liked it. In the indie film world, since you can’t offer studio level pay rates, you have to have either a name director, other name actors already on board, or a script they really like. Since this was my first time directing (so no one knew of me), and she was the biggest name we cast, all we had was our script. And thankfully, that did the trick.

Was it daunting wearing so many hats on a movie?

A: No, I enjoyed every part of it. That’s not to say it wasn’t difficult at times, but I knew going in it could be daunting, so I was as mentally prepared as I could be for the tough times. I’m actually finishing up a book about the making of the film, and amongst a lot of other things, I talk about what it was like to wear that many hats and how at times it made things easier but also times it made things tougher.

Knowing the movie is, mostly, resting on your shoulders. Is that overwhelming?

A: Well it is now! Just kidding. No, I actually don’t feel overwhelmed by it. I’m pretty good at just focusing on what I can control.  And I know I can’t control whether people will like something or not, but I can control my own effort. And I gave this film every ounce of everything I had, and will continue to do so as we promote, so I can’t really ask of myself more
than that.

Where did you shoot the movie? Do you believe the city is as much a star of the movie as the human players?

A: We shot most of it in Torrance, CA. But the city is never identified in the film because I just wanted it to feel like “Anytown, USA”.

A: I want people to leave the theatre (or at home) with a smile on their face and a dance in their step – and hopefully be inspired to go after their own dreams.

Things are kind of crazy in the world right now, so if the film brings anyone any momentary joy, that would make me happy.