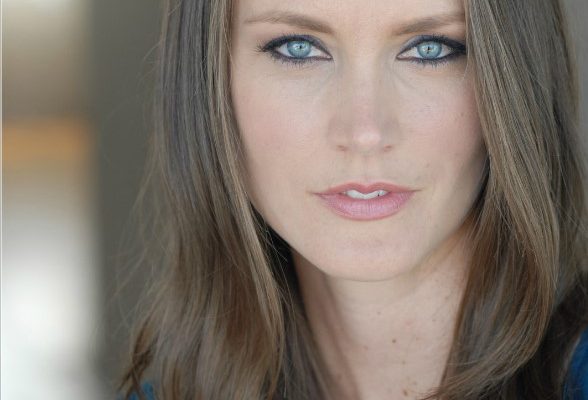 Stefanie Estes is making quite the splash on the silver screen this year, starring in two top-notch thrillers, If Looks Could Kill and Bethany. Bethany, in which she has a lead role, is getting a theatrical release in April.

Stefanie, well done on the film. Is it fair to say this is the big break?

Oh gosh! Wow – I hadn’t really thought about that! Knock on wood!

Can you tell us a bit about your character in Bethany?

I play Claire, a young woman who inherits her childhood home from her late mother. When she and her husband move in, she’s overwhelmed with the pain and violence of her childhood. Claire is a wounded soul, and to save her life she has to confront her past – in a rather scary and gruesome way!

How was it working with such seasoned professionals as Shannen Doherty and Tom Green?

It was amazing! I was already a huge fan of both Shannen and Tom, and working with them only increased my admiration. Shannen is a commanding presence and is absolutely amazing in the film. I only got to do one scene with her, as she mostly appears in flashbacks. But it was a real thrill to act with her –she’s the type of performer who always brings great intensity to her characters. Working with Tom was equally exciting—I had more scenes with him, which was really fun for me. He’s such an effortlessly funny guy, but does an outstanding job playing a serious role in this film. However, in one scene he got to do some comedic improv about the perils of being Canadian, and I had trouble holding it together and not giggling while we were shooting. Honestly, it was a great moment of levity since so many of the scenes I’m in are so intense and scary!

James is absolutely an actor’s director. He obviously has an idea of how he sees the characters, but he loves getting input from actors and making the creation of the character a really collaborative process. We did a lot of pre-shooting work together coming up with a really visceral backstory for my character that really resonated with both of us.

What do you think makes Bethany stand out from the competition?

Bethany is great because it’s equal parts haunted house story and psychological thriller. I love scary movies that involve the psyches of the protagonists where you start to wonder how much of the terror the character is creating in her own mind. There is also a great twist that is absolutely heart-wrenching.

Do you naturally gravitate towards horror films?

I think as a viewer I have a love-hate relationship with horror films. I love the thrill of watching them, and then hate them when they keep me up at night! But as an actor, I can honestly say that I love working on them. You are usually surrounded by people who know and love the genre. You get to get all bloody and scream! It’s such a departure from normal life, so immersing myself in these terrifying worlds is exciting and a fun release.

Have you always been a horror fan? Do you think one needs to be one to make one?

Yes. I mean, I remember pouring over those ‘Scary Stories To Tell In The Dark’ books for hours as a kid, long before I was old enough to go see horror films. Horror taps into such visceral feelings. I think as long as you know how to elicit those feelings in your audience, you can create horror. And what is horrific is different for everyone. I think having knowledge of the genre and having a fascination with the macabre helps make a good horror story. But I think the feelings and emotions used to create horror are universal.

And before we let you go, what can you tell us about If Looks Could Kill?

‘If Looks Could Kill’ is a great character-driven thriller. It’s got a noir-ish feel to it. I play a rookie cop who is sort of the moral center of the story. It premiered on Lifetime earlier this year and was just released on VOD and DVD recently. It’s a fun ride!