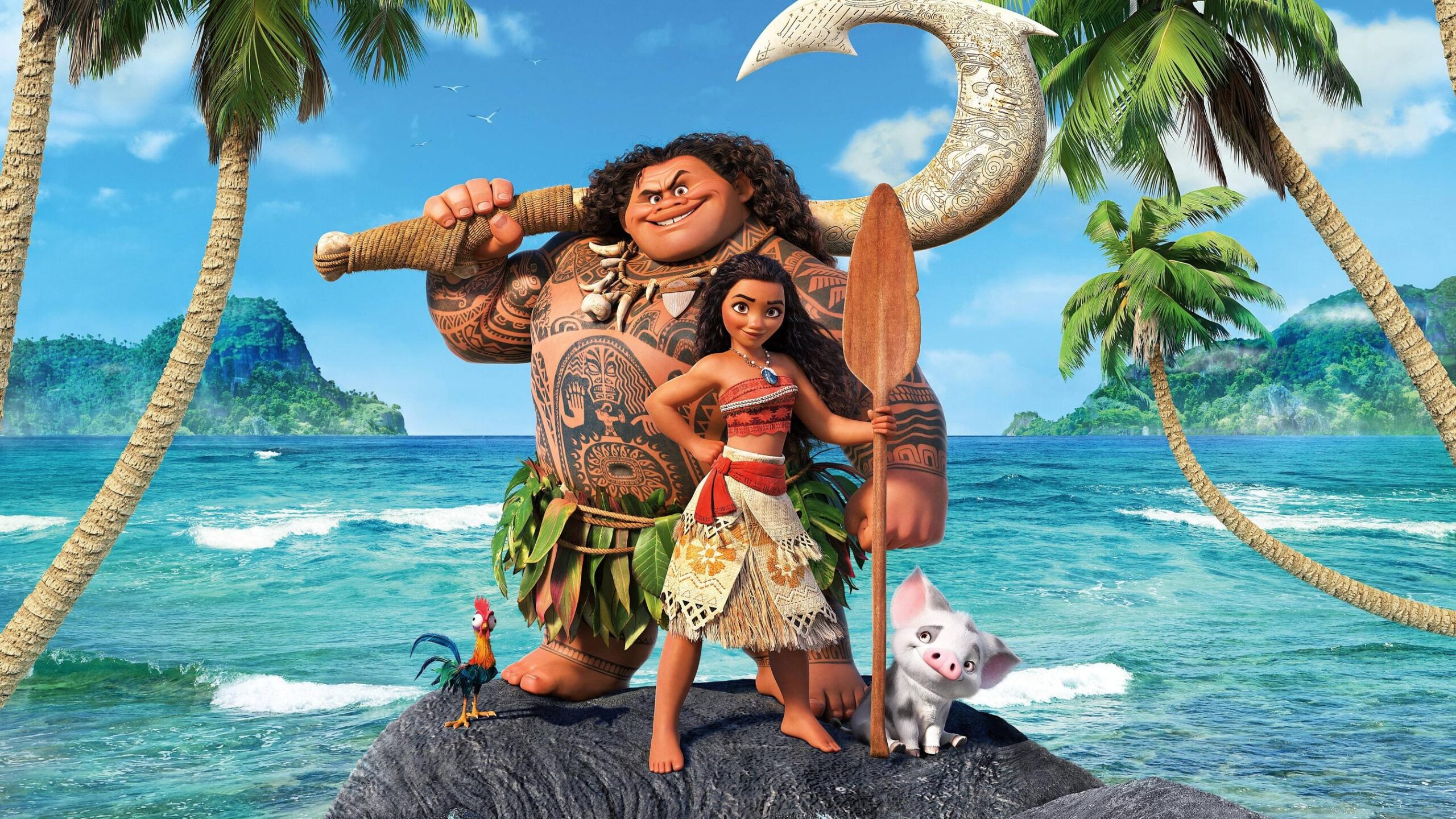 Plot: In Ancient Polynesia, when a terrible curse incurred by the Demigod Maui reaches an impetuous Chieftain’s daughter’s island, she answers the Ocean’s call to seek out the Demigod to set things right.

Review: Disney reached far and wide to create another Princess-centered fantasy adventure, this time from the fables and legends of ancient Polynesia. The demigod Maui – a self-centered musclebrain with a magic fish hook weapon – takes it upon himself to steal the glowing heart of the Earth godess Te Fiti, thus setting a course for Maui’s exile from the world and a gradual curse upon the lands of Polynesia. Many generations later, a tribe of Polynesians living on the coast are grooming a new chieftain: a young girl named Moana, who only dreams of sailing away into the unknown. When the ocean literally chooses her to save her people (their trees and fruit are rotten and the fish no longer swim near their shores), she decides to sail away of her own volition against her father’s wishes, and she ends up beached on the tiny island where Maui has been waiting for salvation for ages. Seeing her little boat as his way off his rock, he tries to run off without her, but fate won’t have it: Moana and Maui are virtually forced to work together to embark on a quest to return the heart to the vengeful Te Fiti, and hopefully save the world from a terrible curse.

A rousing sword and sorcery fable based on unfamiliar (at least to me) folklore, Disney’s animated Moana is a lot of good stuff packed into a great looking package. The adventure and fantasy is all there, including an appealing heroine and a hero in the form of the Herculean Maui (voiced by Dwayne Johnson). There are some good songs too, and honestly I wasn’t expecting to enjoy this film as much as I did, but it’s pretty great. It might as well be a Clash of the Titans sequel. For the whole family. Directed by Ron Clements and John Musker, who both collaborated on Disney’s The Little Mermaid and Hercules.

Disney’s Blu-ray / DVD / Digital HD combo pack was just released, and it bears comparison to other recent stellar Disney releases. The special features include the supplemental videos “Voice of the Islands,” “Island Fashion,” and “They Know the Way: The Music of Moana.” Also included is a music video by Alessia Cara, deleted scenes, and some hidden Easter eggs. Moana is a solid family film, and it’s worth picking up at an affordable price.