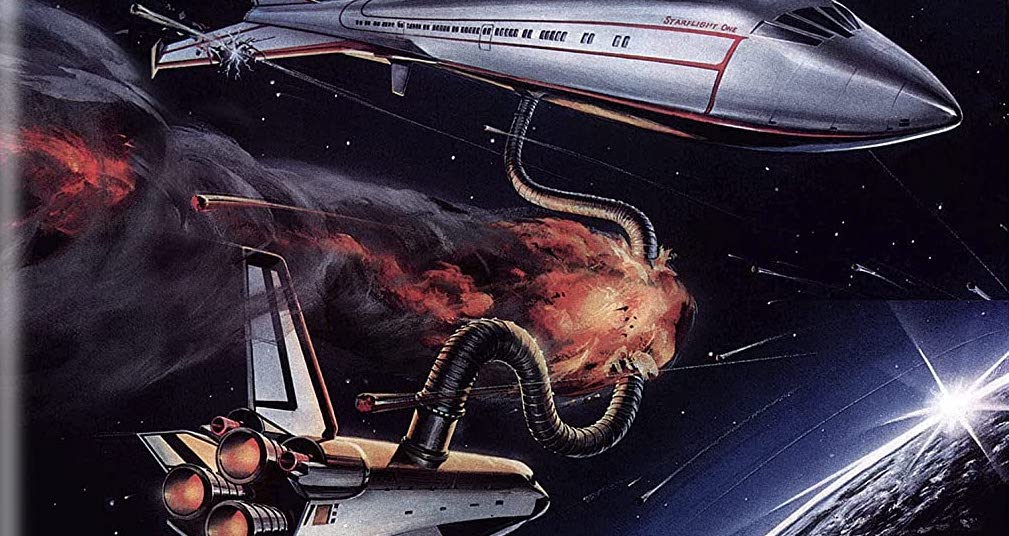 I’m a sucker for late ’70s and early ’80s “space” movies, but Starflight One is a disappointment, although it’s worth watching once for anyone who’s never seen it.

A hypersonic jet’s inaugural flight goes haywire, leaving the crew and passengers in imminent danger of dying unless a plan is made to save them all.

The stakes are high: Millions upon millions have been filtered into a brand new hypersonic commercial airliner, and the press is all over it. The financiers need to meet the deadline they’ve promised, and yet all the kinks haven’t been ironed out yet. Crack pilot Cody Briggs (Lee Majors) is chosen to pilot the aircraft with two copilots, and a member of the press – Erica Hansen (Lauren Hutton) – is granted passage for the inaugural flight, along with a number of key passengers. Briggs is having an affair with Hansen, and his wife knows it, but that’s the least of the drama that is about to unfold. During the flight, Australia launches a rocket without notifying NASA, and the rocket’s flight path coincides with that of Starflight One, which presents an imminent threat. Briggs takes the aircraft above the earth’s atmosphere out of necessity, but Starflight One was never intended to fly in space, and when it loses gravity, the aircraft drifts without direction, causing a loss of oxygen for the crew and passengers. With certain death upon them, Briggs and his crew – along with NASA’s assistance – have to come up with a plan to be rescued real quick before they all die.

Aired on television as an “event” film, Starflight One might’ve made a decent enough theatrical picture, but it’s a bit of a snooze with its long, drawn-out procedural of a disaster scenario. With special effects by John Dykstra (who worked on films like Star Trek: The Motion Picture and Star Wars), the movie has some nice “quality” post-production elements, but it’s a very slow moving drama with cliché characters and plot developments. Even the score by Lalo Schifrin is forgettable. I’m a sucker for late ’70s and early ’80s “space” movies, but Starflight One is a disappointment, although it’s worth watching once for anyone who’s never seen it. From director Jerry Jameson, who also made Raise the Titanic.

Code Red and Kino Lorber’s new Blu-ray release of Starflight One is presented in a new 2K master transfer, and it comes with the trailer as well. 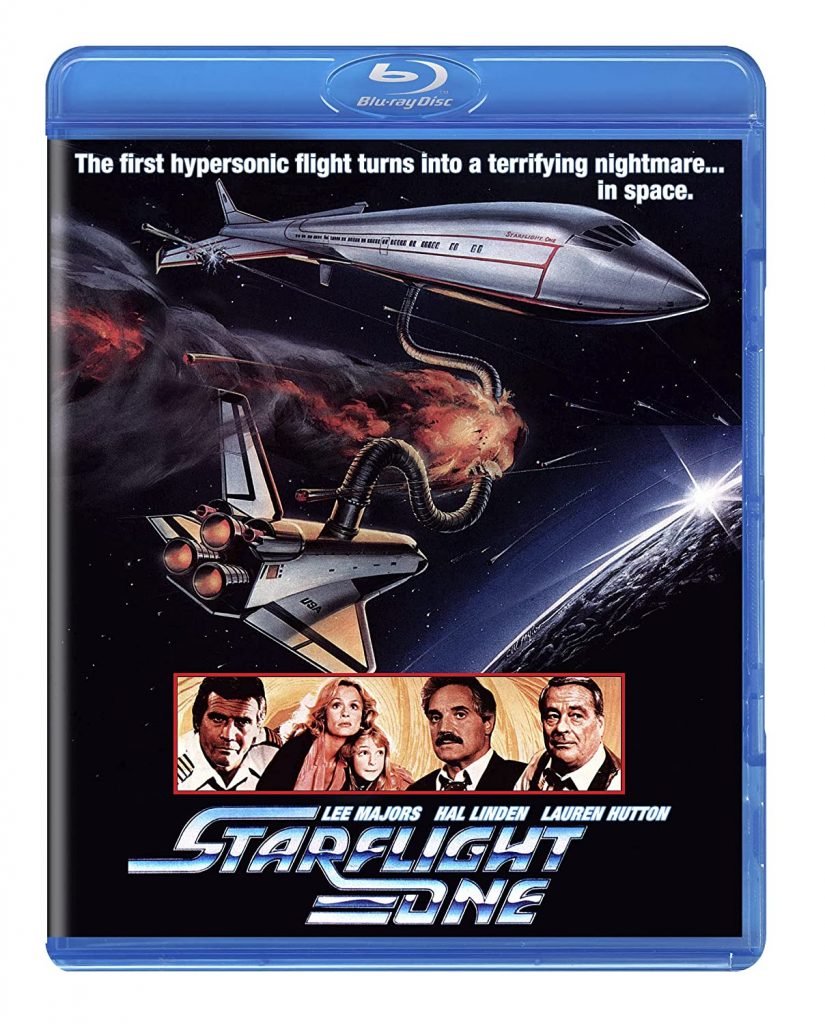