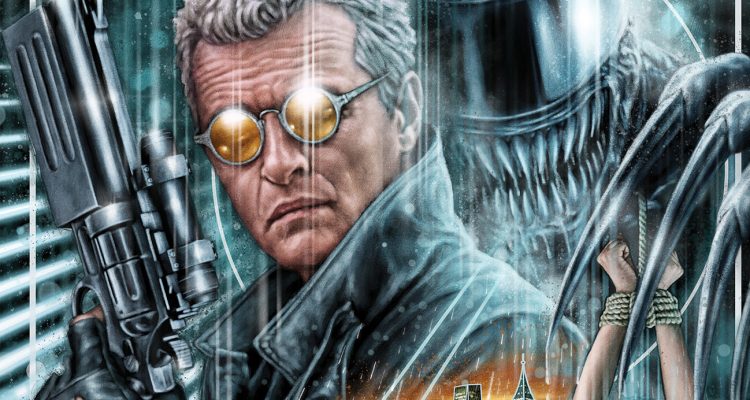 MVD Rewind’s new blu ray of SPLIT SECOND is just what we need right now: A dose of ’90s sci-fi horror action with Rutger Hauer, and the movie has never looked or sounded better.

In the year 2008, the cops are better armed than before, but nothing has prepared them for this. Swift, sharp-clawed and deadly, something moves among them on the streets, in the alleyways, on the rooftops, tearing out human hearts and devouring them.

Honestly, I think Split Second could only have been made in the 90’s. Rutger Hauer stars as a badass detective in a flooded, futuristic London. Global warming has melted the ice caps and London is literally submerged knee deep in water. Even Hauer’s police station is mostly sunk (like in Lars von Trier’s The Element of Crime). Rats have infested London and a new plague is sweeping the populace. He’s after a serial killer who taunts him by sending him the hearts of his victims. Hauer is described in the movie as “living on anxiety, coffee, and chocolate,” so he’s high strung and irritable. He pushes people (including his boss who hates him) out of his way and growls a lot. He’s also the sort of detective who lies in the chalk outlines of the victims to get himself in the right frame of mind to understand the killer. The killer is psychically linked to Hauer (unnecessary plot point), and so Hauer is always just one step away from catching him, but no one believes him when he tells them that the killer is a “beast.” It is a beast, actually. It looks like Giger’s Alien, but the film offers no explanation as to where it came from, so I’m just going to call it a mutant, a result of global warming. The action is loud and sloppy, the story is beyond ridiculous, but it’s good, crazy fun.

Steven Norrington (Blade, Death Machine) designed the lumbering alien creature, and Tony Maylam (The Burning) directed. Kim Catrall has a thankless role as a woman in peril (she also has a nude shower scene), and Alun Armstrong and Pete Postlethwaite have supporting roles.

MVD Rewind has just released a gorgeous looking Blu-ray of this title, chock-full of special features, including the Japanese cut of the film, which runs a few minutes longer than the US version. Also included are tons of interviews, deleted scenes, archival features and making-of docs, as well as a new audio commentary by action expert Mike Leeder, and best of all is a new piece of cover artwork by The Dude Designs. Inside the package is the fold-out mini-poster of The Dude’s new artwork. 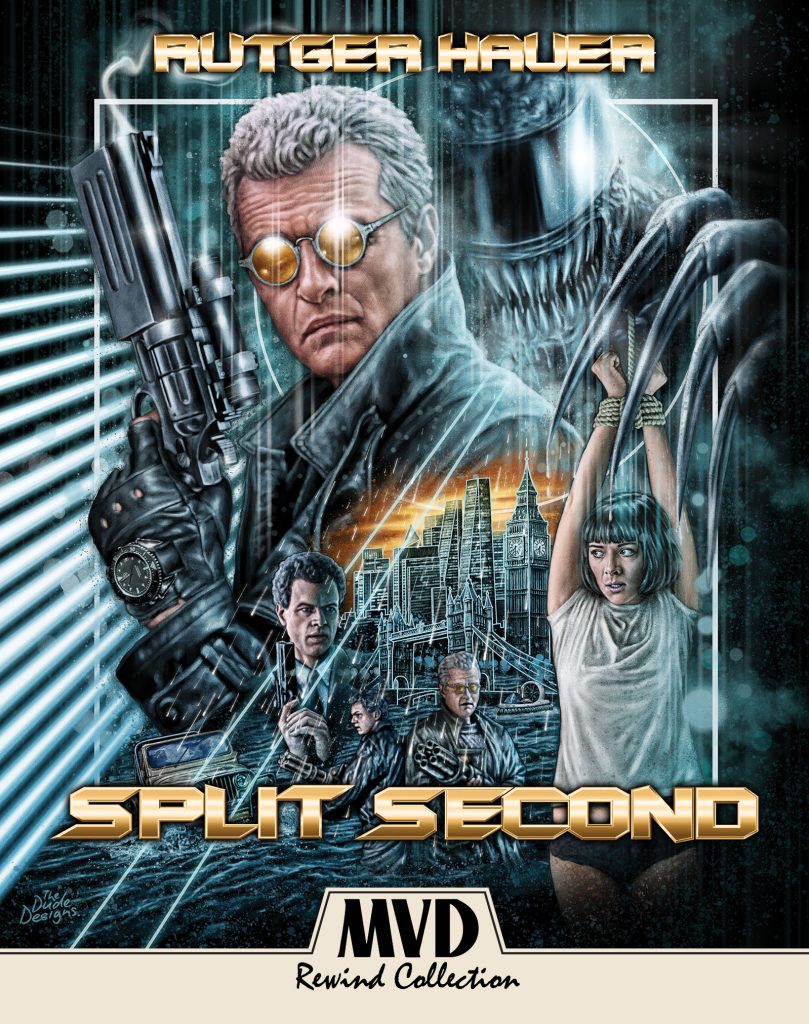