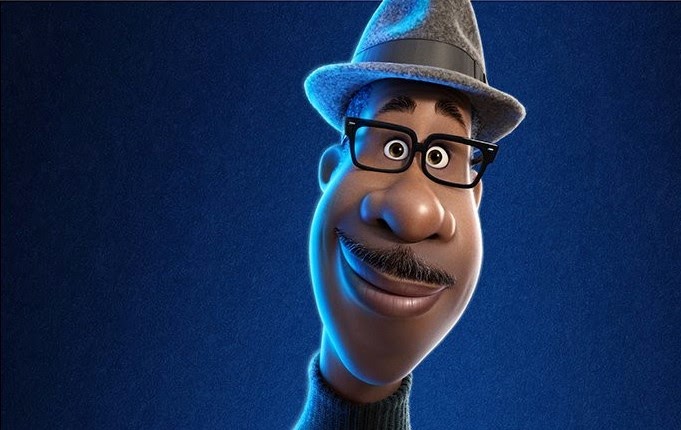 Pixar’s Soul is mindbending yet heartwarming at the same time with incredible visuals and a tight script that bursts with originality. It may not be suitable for younger kids as the themes are surprisingly adult oriented so they may find it a bit much.

Plot: Joe is a middle-school band teacher whose life hasn’t quite gone the way he expected. His true passion is jazz — and he’s good. But when he travels to another realm to help someone find their passion, he soon discovers what it means to have soul.

Review: Pixar’s Soul is one of the strangest and most stunning films I’ve seen in a long time. It is certainly not for children and I doubt they would even make it all the way through it. No, this is adult Pixar and asks questions like what makes you “you”. It’s the kind of movie that will have you wondering if you have made the most of your life and manages to be truly unique, unlike anything you have seen before.

Jamie Foxx provides the voice for our protagonist Joe; a schoolteacher obsessed with jazz music (but we won’t hold that against him) and he feels that music is his purpose in life. When the gig of a lifetime comes up he is overjoyed and thinks this may finally be his chance to find true success. Fate has other plans however, and while on the way home he is distracted and falls down a manhole… and dies. He wakes up in the afterlife which is breathtakingly imaginative and stunningly beautiful.

Joe fights against it and says it isn’t his time as this is just when his life is finally about to get interesting. He teams up with a new infant soul called 22 and they embark on an adventure to get back to Earth and return Joe to his body. So not exactly kiddie fare and I think Pixar have been wise to push this to Disney+ as I’m not sure how it would do at the box office.

I thought it was mind boggling stuff with Foxx giving a strong voice performance as Joe making him someone we can all relate to. Tina Fey also manages to be sympathetic as 22 and the rest of the impressive supporting cast are great.

It’s unbelievably imaginative and will give you pause as sometimes life doesn’t work out the way we want it to but we have to try and enjoy the little things.

The music score is wonderful and works perfectly with the stunning imagery although the jazz scenes are grating simply because I hate jazz.

The moment the film lost me temporarily is when Joe’s soul goes into the body of a cat so then we get the rest of the movie with a talking feline which makes it feel like your typical Disney/Pixar fare. Admittedly this is probably the one part that would appeal to the young ones as I doubt much else would.

The script is sharp with the usual quick dialogue and this is the type of movie that benefits from multiple viewings to pick up all the Easter eggs. It has a bit of everything from laughs, to tears and metaphysical questions that you rarely see in movies… especially “kids” movies.

Overall, Pixar’s Soul is stunningly original with incredible visuals, heart and a protagonist we can all relate to as we struggle to work out who we are. It’s weighty stuff and one of Pixar’s best for many years.